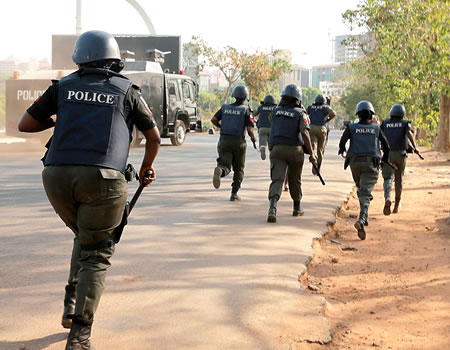 Sulaiman Balarabe, the Commissioner of Police (CP) in Enugu State, has arrested four policemen for allegedly extorting money from motorists and tricycle operators in Enugu metropolis.

The command’s Public Relations Officer, SP Ebere Amaraizu, stated this in a release issued in Enugu on Tuesday.

Amaraizu stated that the CP arrested the four operatives at the weekend during his routine patrol in the capital city.

He said that the Assistant Superintendent of Police, who led the team, had been queried, while members of his team were currently facing orderly room trial at the command’s provost office.

ALSO READ: Man in court for allegedly beating up policeman

He quoted the CP to have warned: “that any officer of the command caught in any manner of extortion would not be spared.”

According to the statement, “adequate disciplinary action would be urgently taken against such erring personnel.”

The commissioner, however, advised motorists and tricycle operators to desist from offering money to policemen, no matter the pressure.

He urged them to report such erring personnel promptly to the command’s headquarters for necessary action.