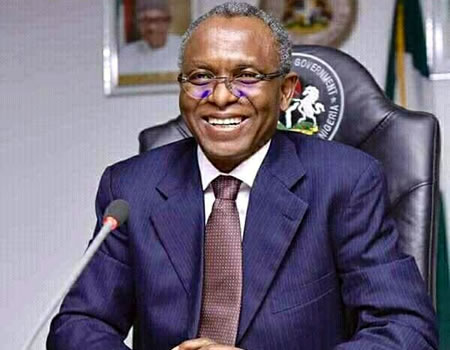 Governor Nasir el-Rufai of Kaduna State has reshuffled his cabinet in order to meet up with the challenges of governance.
It will be recalled that since the Commissioner of Finance, Suleiman Abdu Kwari, now Senator-elect resigned as Finance Commissioner on January 7. 2019, there hasn’t been a substantive commissioner in the ministry.

Analyst Believes that Ethereum Prices…
The appointment came less than two months before the termination of the present government which ends on May 29, 2019.
A government statement signed by the governor’s spokesman, Samuel Aruwan,  disclosed that Alhaji Muhammad Bashir Saidu has been appointed as the new Commissioner of Finance.
Saidu is one of the original 13 commissioners cleared by the Kaduna State House of Assembly in 2015 and he took the position of Commissioner for Local Government in the first cabinet. He was later appointed the Chief of Staff in December 2016.
Saidu’s mandate, according to the statement, is to restructure and reposition the Ministry of Finance within the shortest possible time for the challenges of the second term of the Nasir el-Rufai government.
He will be assisted in that task by Mr Idris Samaila Nyam, the erstwhile Permanent Secretary in the ministry, who has been appointed Accountant-General.
Umar Waziri, the former Accountant-General, becomes Managing Director of the Kaduna Investment and Finance Company, while the most senior director in the ministry will act as Permanent Secretary until further notice.
The government statement also disclosed that Dr Salisu Suleiman, the Principal Private Secretary, will cover the duties of the Chief of Staff.All the new appointments become effective immediately.