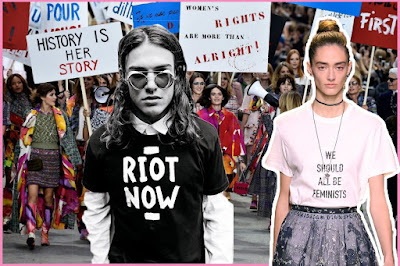 Hello everyone! It's Georgie writing this post today and I'd like to welcome you back to Until Wednesday.

I am writing about something slightly different today: Political Fashion. I think that over time there have been some really strong movements and campaigns in the fashion industry. There are so many that have inspired me, however, today I am going to highlight just a few of the ones that stand out to me.

Last year it's fair to say that Political Fashion was 'Trendy' with the popularity of discussing current affairs particularly in American and British Politics, therefore, I felt that this would be an interesting topic to discuss on this blog. So here are some examples that I have found that may be of interest to some of you reading this post. 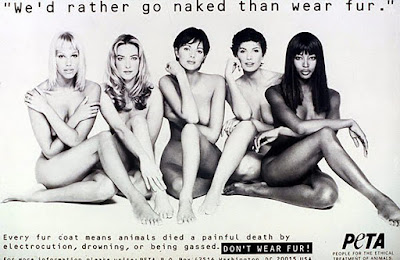 'We'd rather go naked than wear fur' was the tagline for Peta's iconic campaign poster featuring the likes of Naomi Campbell in 1992. I love the power in the tagline and I feel that it is a much less aggressive way of addressing this issue within the fashion industry. I think that choosing five of the most highlighted models in the 90s would make a lot of people follow this campaign as a lot of women looks up to these models. 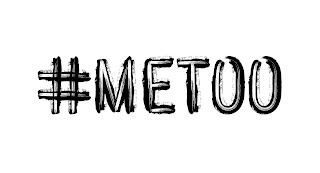 This has been a huge movement recently and although there is still a lot of progress to be made, I think it's great to see how many women have come together and shared very personal stories to bring light to the serious issue of domestic violence. 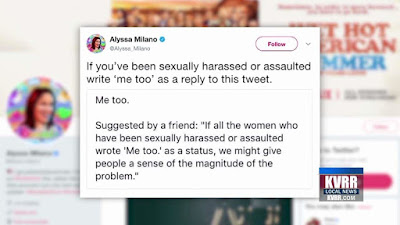 To name an example that I'm sure everyone is aware of linked to this campaign, I felt that the blackout on the Golden Globes red carpet and the Baftas where actresses wore black as a statement of feminist solidarity, really showed the power that the fashion industry and women can have. 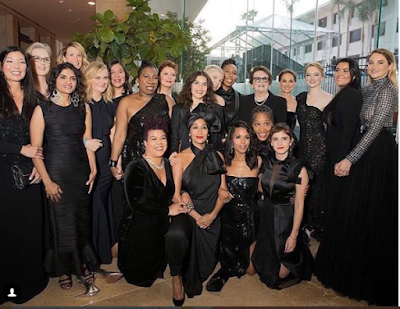 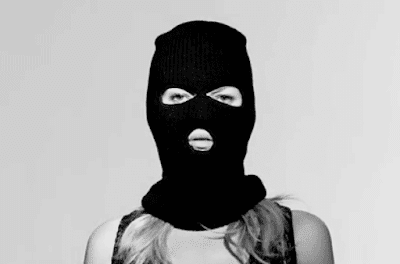 If you don't know about the backstory of the Pussy Riot I would certainly recommend reading up on the Punk-rock feminists who campaigned against Russian politics and LGBT rights. The fashion world had a defiant response to this. The campaign included designers, models, editors and photographers such as Kate Moss and Shane Oliver. This unified response challenged Russia's human right abuses.

Last year, the fashion world populated by minorities, women, gays, immigrants, East coast elites and all around rebels- a lot of people were not fine. People were angry and frightened and no one could compete with the stream of news flashes coming from the Trump administration. Borders closing and travel bans were certainly starting to shake people up. However, this didn't stop some designers from responding to the current affairs through their collections.

LRS- Mexican-born designers Raul Solis inscribed political messages like "Fuck your wall" on the underwear of his models. I think this is a hugely powerful message to come from someone who is Mexican themselves and it's great to make this statements so publicly with the shocking threats of the wall at the time. I love this way of fighting back. 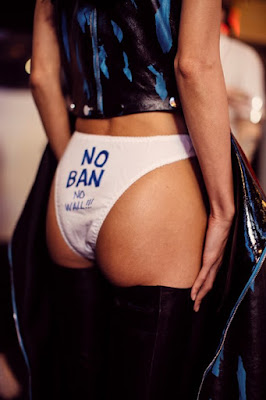 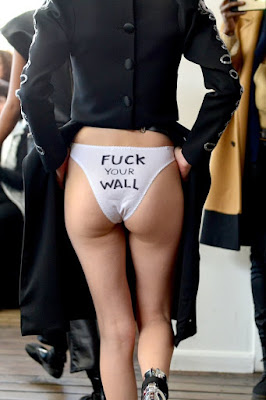 Additionally, Designer Robert Geller, born in Germany is another example of a designer who responded to Trump as he took his bows wearing a t-shirt that read 'immigrant'. Once again, I think this is a brave and powerful move in the industry where designers receive a lot of critiquing. I feel that more designers should take these risks as inspiration for their own brands to help promote movements like this in the future. 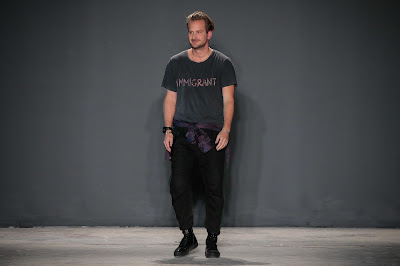 Chanel is one of the most recognised brands in the world with a great heritage therefore I think that it is great that they took a step in a more controversial direction to join the representation of the feminist movement with the protest march in the Chanel SS15 show as models chanted empowering phrases like "feminist but feminine". 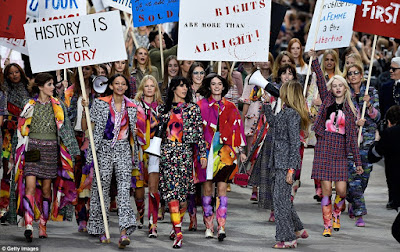 When Gaultier did this for the first time, 30 Vogue Staffers stood up mid-show and left. He stated to Face magazine in 1986, "I was slated by the French Press for designing clothes for hairdressers and homosexuals! It took them two years to accept my statement that Prince Charles is not the only real man to wear a skirt". I find it extraordinary that the sight of men in skirts led Vogue workers to leave and it shows how much the industry has evolved since. 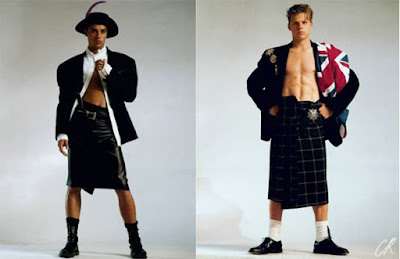 Well there you go, that was some of the most iconic moments related to politics in fashion over the years.

I know politics isn't for everyone but I still hope that people find this interesting to see the evolution of the industry and I really hope that you enjoyed reading this post.

If you haven't already make sure you check out Erin's post on Blake Lively's style if you love what she wears as much as I do. Erin will be back next week with another post but I will be uploading again the following Wednesday so make sure you come back every Wednesday to see what else is to come.

Thank you again for returning to our blog.


This post first appeared on Until Wednesday, please read the originial post: here
People also like
Porta Via Calabasas
How to Tell if You Have Bed Bugs?
MICRO BUSINESSES
Emerging applications for textile printing in the ‘new normal’
The Cage of the “Surreal” – Post 1 of 2