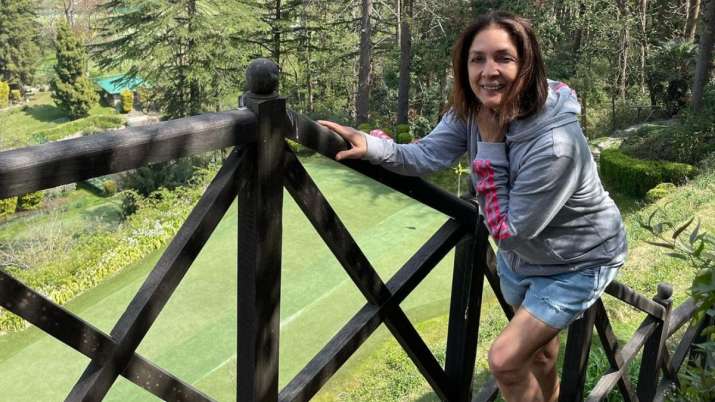 Veteran actress Neena Gupta had no inhibition about portraying a nonagenarian in the upcoming film “Sardar Ka Grandson”. She says nowadays, just like filmmakers, actors too have a chance to pick stuff that is “hatke” (unconventional). Neena plays Sardar a fiery old grandmother with a heart of gold, who has a wish to see her home in Lahore. The 61-year-old brought tries bringing alive a 90-year-old with the aid of prosthetics for the perfect look.

Talking about actors now pushing the envelope and not shying away from portraying older characters, Neena told IANS: “It is because times have changed. and the way people are writing scripts — various kinds of scripts. The way actors are getting a variety of roles and the most important thing is that the audience is accepting it have also helped. It is a very encouraging thing.”

She hopes that the audience likes her role in the film.

“If people like me in this film, it will be such a great thing for me and I think there will be a lot of other actors who would also have the courage to do something like this. The first thing I said was ‘I don’t want to play such an old woman’, but when I read the script I said ‘I have to do it’,” she said.

The actress added: “Nowadays, we actors have a chance to pick up stuff that is a little ‘hatke’, different, and not the usual stuff. Actors are very happy to experiment — like the producers, directors and writers are experimenting. It is a great time.”

“Sardar Ka Grandson” is all set to release on Netflix on May 18.

How to Exchange ETH to BTC Without Go…
“The Friend Who May Not Seem a Friend…
Girltrash: All Night Long: un musical…
9 Biggest Blogging Mistakes to Avoid …
Things You Should Stop Worrying About…

This post first appeared on TechnoCodex, please read the originial post: here
People also like
How to Exchange ETH to BTC Without Going Crazy Over It
“The Friend Who May Not Seem a Friend” – The Cat and the Fire, Post 2 of 3
Girltrash: All Night Long: un musical lésbico divertido para alegrar tu vida
9 Biggest Blogging Mistakes to Avoid at All Costs
Things You Should Stop Worrying About in Bed
Spider-Man: If This Be My Destiny - Learn more about why this story is so legendary
Remote Learning – What I’m Doing Before School Starts
Hindi Short Film – Rajma – A husband and wife’s story during lockdown
Best Coffee Beans – Everything You Need to Know