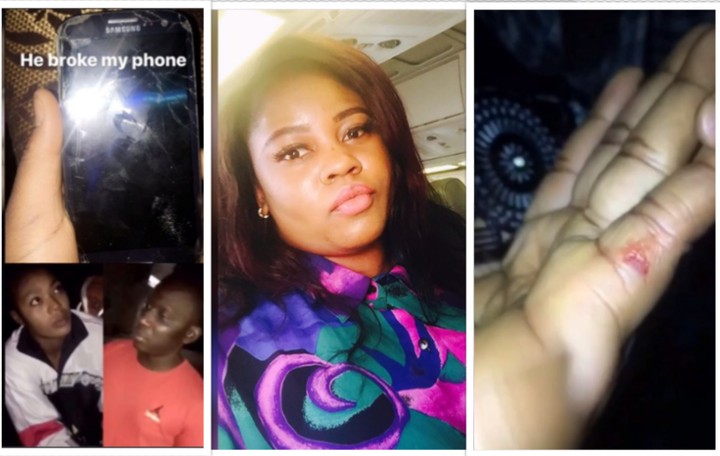 n IG user has just been abused by a Female Police Officer while she was seeing off her boyfriend, just infront of their house, The Woman while interrogating them asked why she was standing out with her boyfriend, Her sisters on hearing the voices, stepped out to know whats wrong, only to be brutalized by the officer, who slapped, bite the sister and broke her phone, this is really serious, Anyway read her post below!

I never took d campaign against Police brutality serious because av never had direct encounter with dem untill dis night. My boyfriend came visiting so I accompanied him to his car nd decided to do some chitchat in d car wen suddenly a black golf car with no plate number parked beside us nd started asking questions after claiming to b police officers ( dey were on mufti nd I swear dey looked like kidnapers or armed robbers sef) i told dem dat i was in front of my house nd dats my boyfriend, dey asked y he did not enter nd talk inside if he was actually my boyfriend. I explained to dem dat he was actually inside befor nd hez about taking his leave. Dey ask for wat he does for a living nd he said he’s a student, dey ask for his ID card which he showed dem, den dey asked for mine too nd i told dem how do dey expect me to av my ID card at dat spot. They told me to provide it still so i had to go inside to pick it. I told my sisters wat happened nd dey followed me outside. After seeing d ID card dey ask if we live alone nd we told dem we live with my Mum who is not in town. My sister ask if dey want to talk to her dat she shud call her. 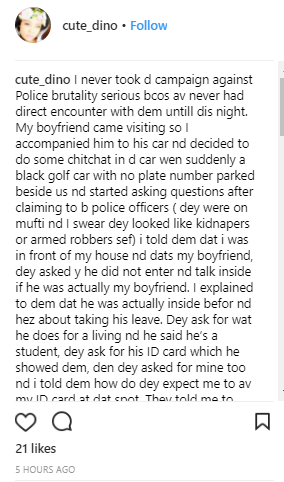 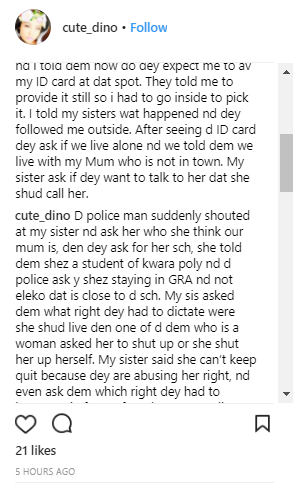 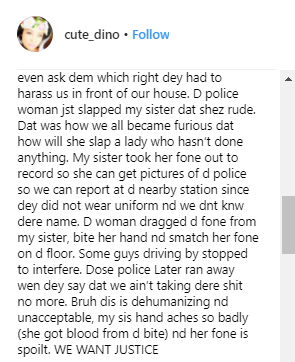