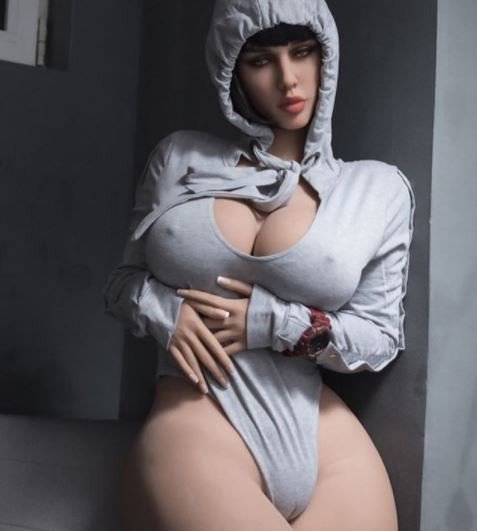 So last night, news broke that a company, @sexyrealsexdolls, has created a new Sex Doll to give men optimum satisfaction. The new doll is reportedly sold for $2,289, a little over N800,000 and men on social media are totally excited.

The doll has large thighs, breasts, and large buttocks.

See all the hilarious tweets below...

If all U do is take take & Take + U bring nothing to the table in your current relation or situationship then U should be afraid of a #SexDoll ?
— ? JOEbreaker ?© (@JoeWMuchiri) January 16, 2018

This sex doll issue has shown how pained women can be in the face of competition. Now ladies are now admitting that washing plates and clothes are their jobs. I thought you are wives not maids. Shilow people gbogbo pic.twitter.com/2m3jf534yV
— Zema? (@zemababa) January 16, 2018

Don’t think these sex doll tweets is all just jokes.. most of these niggas would actually buy that shit ??‍??
— King Goldie ??? (@YoungGoldieMBG) January 16, 2018

When you adjusting the Dicksucking settings on your sex doll but you mistakenly turn it to level 100 and your dick about to cut???? pic.twitter.com/Y03fV34uCk
— maraDOna? (@OlaTheOG) January 15, 2018

y’all want a sex doll cus she can’t say no? cus she can be built how y’all want her to look? cus she doesn’t burden you with human shit/feelings/needs? y’all got issues. pls get a therapist before a sex doll. sincerely, everyone.
— azemina (@azeminx) January 15, 2018

The sex doll isn't a tailor that would come on Twitter one day to say "Men are scum, THREAD"
— Iseunife The First (@Shawnife_) January 15, 2018

*before sex doll
Olosho : ?100k for head
Now
How Olosho will be begging when I'm coming out of the sexshop with the latest version

I don't mean to scare you insecure ladies

And the #SexDoll will definitely get better, so it's time to upgrade your attitude before you get outdated.
— ? Zipporah??| Nkem?? (@Z_Tetteh) January 15, 2018

I didn’t think this sex doll conversation would last all day, but you guys did it.

I hear the sex doll even moans

Better than these babes that will be doing hash hashhhhh hasssshhhhh
— Cinderella Man (@Osi_Suave) January 15, 2018 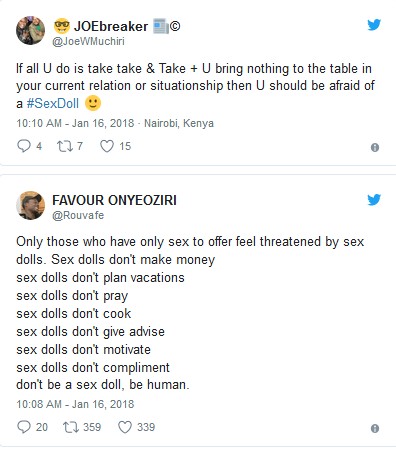 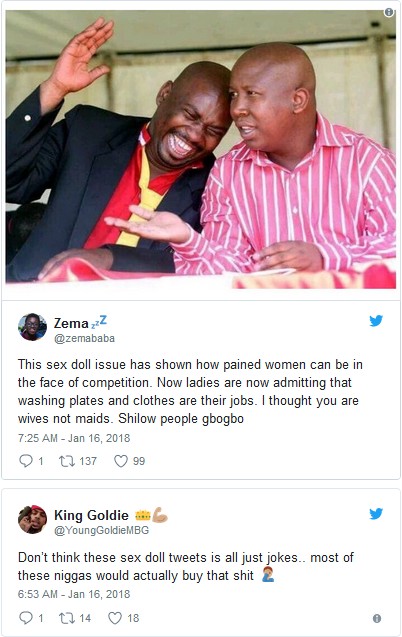 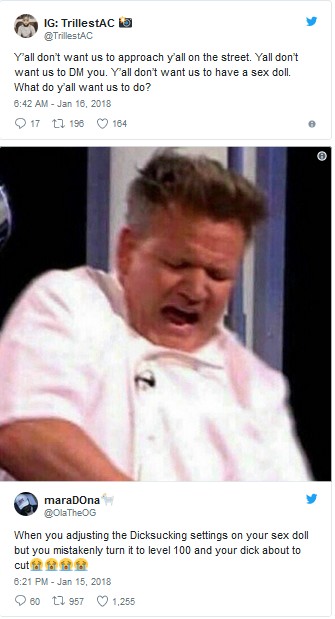 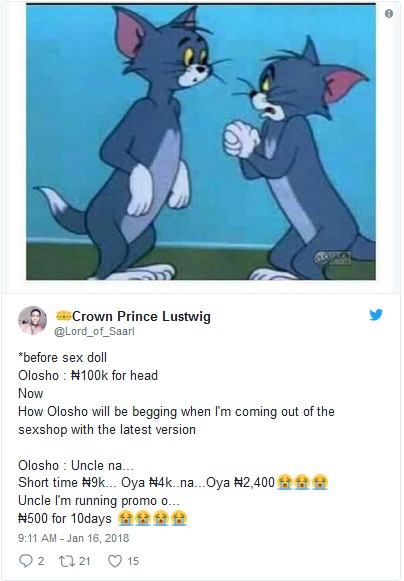 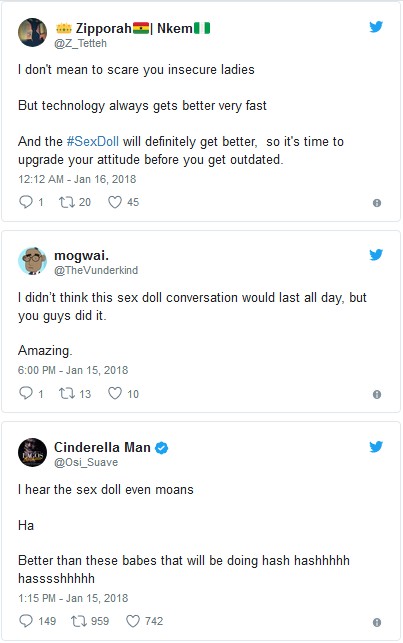