Daas Dev, Movie Cast, Storyline and Release Date: Today, we are going to tell you about the Movie cast and storyline of ‘Daas Dev’ Movie. 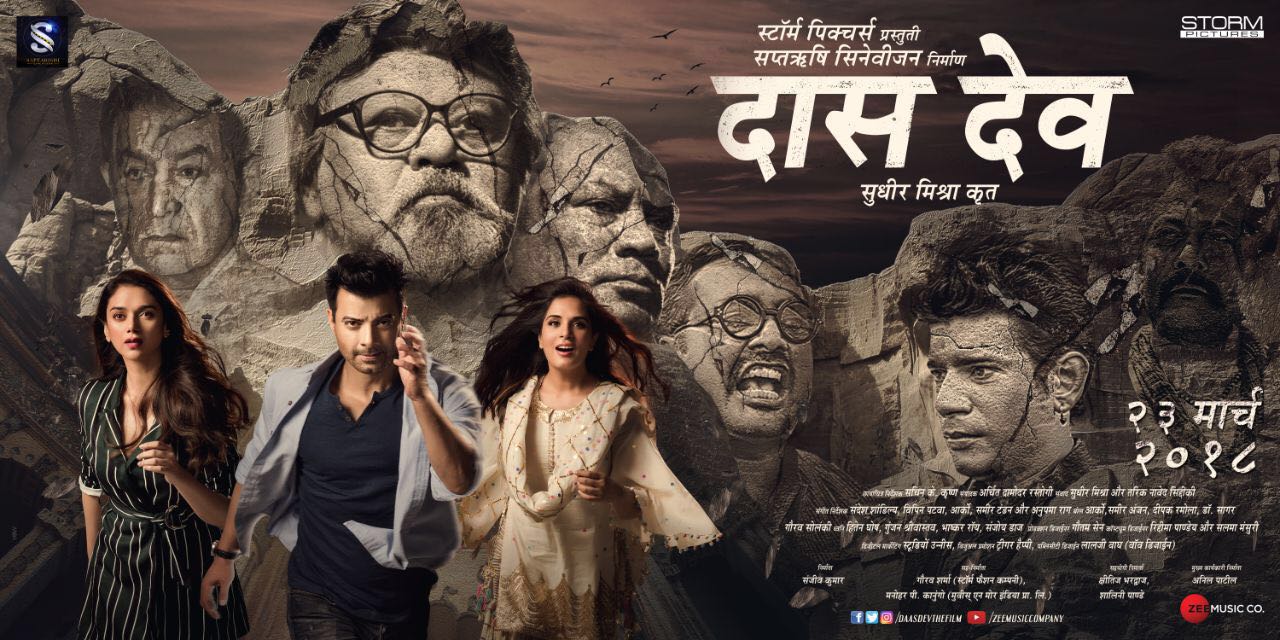 Daas Dev is a romantic thriller movie. Daas Dev movie’s story revolves around the politics. Rahul Bhat plays a role of Dev who is addicted to drugs and want to get rid himself of these addictions.

Sudhir Mishra is an Indian film writer and director. He is well-known for Hazaaron Khwaisheian Aisi and Dharavi. He started his carrier with ‘Jaane Bhi Do Yaaro’ comedy film. He did so many movies such as Khamosh, Main Zinda Hoon, Chameli, Trrafic Signal, Raat Gyi Baat Gyi and Inkaar.

Sanjjeev Kumar is an Indian film producer. He is producing movie ‘Daas Dev’ along with Gaurav Sharma and Manohar P kanungo.

Starcast of the Daas Dev:

Rahul Bhat is an Indian film actor, producer and model. He started his carrier as a television actor. After that he came in movies. Rahul Bhat’s first movie was ‘Yeh Mohabbat hai’. He did so many movies such as Chakki, Ugly, Fitoor, Jai Gangaajal and Union Leader. Now, he’s upcoming movie is Daas Dev.

Richa Chadda is an Indian film actress. She started her carrier with Oye Lucky! Lucky Oye! Movie. She is well-known for ‘Gangs Of Wasseypur’ movie. She did many movies such as Fukrey, Fukrey Returns, Gooliyon Ki Raasleela Ram-Leela, Masaan, Chalk n Duster and Sarbjit.

Aditi Rao Hydari is an Indian actress. She works in Tamil and Hindi cinema. She started her carrier with Tamil movie ‘Sringaram’. She did many Hindi movies such as Delhi 6, Rockstar, Wazir, Fitoor, Bhoomi and Yeh Saali Zindagi.

Saurabh Shukla is an Indian film actor, director and theater artist. He is well-known for Barfi, Jolly LLB, PK and Kick. He got National Film Award for Jolly LLB. He’s next movie is Daas Dev.

Vineet Kumar Singh is an Indian film actor and writer. He started his carrier with ‘Mukkabaaz’ movie as Lead Actor. He did so many movies such as Ugly, Bombay Talkies, Shorts, Gangs of Wasseypur, City of Gold and Hathyar.

Vipin Sharma is an Indian film actor. He started his carrier with ‘Taare Zameen Par’ movie. After that he did so many movies such as 1920, Jannat, Paan Singh Tomar, Saheb Biwi Aur Gangster, Satyagrah, Shahid, Bullet Raja and Kick.

Anurag Kashyap is an Indian film actor, director, writer and producer. Anurag Kashyap will be appears in Daas Dev movie as a guest Appearance.

This post first appeared on Provides You Trending News, Viral Content And Crazy Stuff About The Latest Technology., please read the originial post: here
People also like
Easy Pet Rocks Craft Idea For Kids
The Potential of Smart Contracts in Healthcare
Booty Bay Slot from Push Gaming
Sony To Announce New PS Plus Video Pass Service – Free Movies and TV Shows For PS Plus Members
A Furry’s Guide to Cryptocurrency
Paul Oz Takes Oil Painting Into the 21st Century
Five Fantastic Films Featuring Blackjack
“The Friend Who May Not Seem a Friend” – The Cat and the Fire, Post 2 of 3
6 Interesting Places To Hold Your Next Corporate Function
What Causes Bed Bugs?
Self Motivation: How to Keep Moving Forward In Your Career or Business