Taylor Swift made $185 million in 2018, making her the highest-paid celebrity 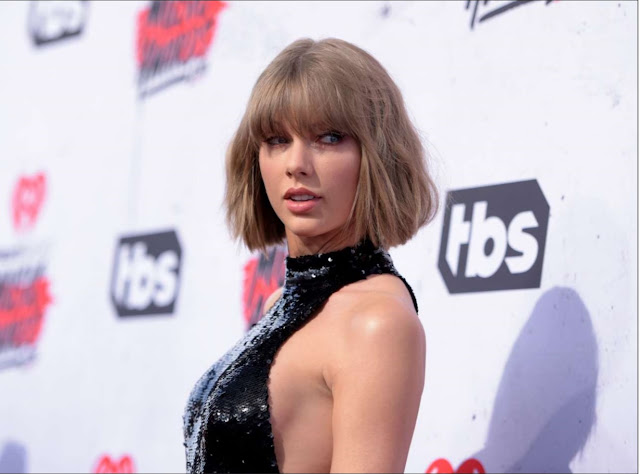 Taylor Swift can add highest paid celebrity to her list of accomplishments.
Forbes recently announced that the 29-year-old singer clinched the top spot on its annual Celebrity 100 list, which ranks stars based on annual, pretax income.

Signs Of Carpenter Ants In Your Home
ALBUM: Master KG – Jerusalema (Deluxe…
It’s Me – Chapter 12
A storm is coming
The Trick to Always Looking Sexy for …
Swift brought in $185 million in 2018, according to the magazine, beating out “youngest self-made billionaire ever” Kylie Jenner.
The 21-year-old held the No. 2 spot with $170 million and was followed by, Kanye West, her brother-in-law, who made $150 million last year.
Soccer star Lionel Messi and Swift’s sometimes-collaborator Ed Sheeran rounded out the Top 5, with $127 million and $110 million, respectively.
Swift’s income got a boost from her 53-stop Reputation World Tour in support of the album of the same name, which grossed a total revenue of $345.7 million, according to Billboard, and was the singer’s highest grossing tour.
On her first headlining world tour, which ran between 2009 and 2010 in support of her debut album “Fearless,” Swift managed $63.7 million. To date, all of Swift’s tours, plus a handful of other headlining performances have raked in $935.4 million.

Swift's 'Reputation' is out of her hands

“Reputation” was Swift’s last album released under Big Machine Label Group. The singer had been with the label since beginning her career, but left in 2018. She eventually signed with Universal Music Group/Republic (CMCSA). For the extent of her original contract, UMG acted as distributor for BMLG, so the company was already familiar with Swift’s body of work. Upon leaving the label, Swift did not gain ownership of her master catalog.
Big Machine recently sold for a reported $300 million to Ithaca Holdings, a media holding company under the umbrella of mega-manager Scooter Braun, whose clients include Justin Bieber and Ariana Grande. Swift found the deal unfavorable, as it leaves her “musical legacy...in the hands of someone who tried to dismantle it,” a reference to Braun.
Swift reportedly did not want to re-sign with BMLG for fear of being sold off to another label. Larry Miller, director of the music business program at NYU’s Steinhardt School, explained that once it was clear the label’s biggest artist would be leaving, “it became a foregone conclusion that Big Machine would sell to someone.
The sale has opened up a conversation about who has the rights to an artist’s masters. Miller put it bluntly.
“Fundamentally, here is the trade that artists make who sign a traditional record deal,” Miller said. “In return for taking the risk of signing — whether they’re a new artist or an established artist — the label retains control of sound recordings under that agreement. The artist’s work becomes the property of the label.”
On Wednesday, Big Machine announced that it would be releasing a limited edition vinyl featuring five songs off Swift’s self-titled debut album.

Taylor Swift made $185 million in 2018, making her the highest-paid celebrity