Inside Demi Lovato's Recovery: How She Plans to Fight Her Way Back to Sobriety 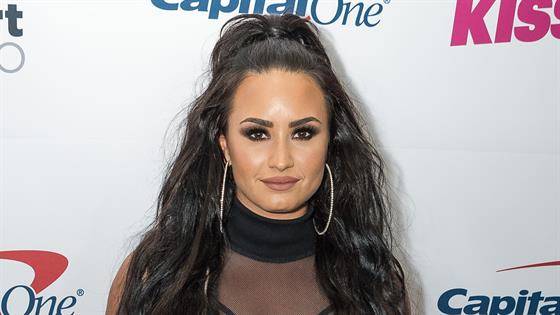 Turns out Demi Lovato's fans are just as perceptive as they are devoted.
Because while most concertgoers at the California Mid-State Fair in Paso Robles noticed the singer flubbed the lyrics to her latest hit "Sober" during her July 22 set—one that took place less than 48 hours before the pop star would be rushed to an L.A. hospital suffering from an apparent overdose—a few dedicated attendees paid heed to the verse that she missed. "We all laughed because she laughed too," spectator Fernanda Martinez told People, but they also listened: "The words she left out that night were, 'I'm sorry that I'm here again. I promise I'll get help.'"
Those in her immediate vicinity wondered aloud about the potential significance, Martinez noted, but as Lovato brushed it off, admitting to fans, "F--k, I forgot the words," they did too. Said Martinez, "We said we were probably overthinking it."
Or perhaps it was some sort of Freudian omission. Because while the former Disney star had no problem admitting to fans that she wasn't "sober anymore" with the release of her June track, she also wasn't completely interested in getting back there. This was not the same person who skipped out on the after-party for the 2016 Met Gala to attend an Alcoholics Anonymous meeting because one star in particular ("a complete bitch," she said) left her wanting to reach for a drink. At 25 and on her first world tour in three years, the "Complicated" singer "wanted to be more social and out and about," one source reveals to E! News of her mindset.
As she began imbibing more and more—her July 24 overdose followed a night that started with shots at West Hollywood's Saddle Ranch Chop House where she was celebrating backup dancer Dani Vitale's birthday—friends voiced their concerns: Was she sure she should really be drinking? Did she want to try and mend fences with former sober companion Mike Bayer? Maybe a meeting would be a good idea? But Lovato—nearly eight years removed from her first rehab stay—insisted everything was under control. "Everyone has been urging her to get help with her life coach, and to seek treatment again," an insider explained, "but Demi thought she could handle it on her own." 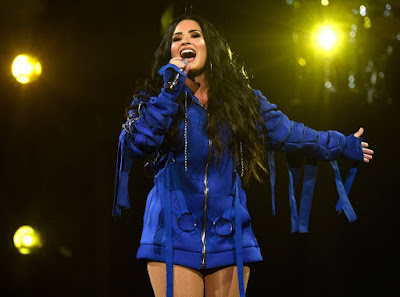 An 11-day stay at Cedars-Sinai Medical Center that saw her battling constant nausea thanks to the life-saving Narcan in her system convinced her otherwise. With her closest companions (mom Dianna De La Garza, sisters Dallas Lovato and Madison De La Garza and former boyfriend Wilmer Valderrama were bedside fixtures) filling her in on just how close she came to death, Lovato realized how dire her situation had become. As she shared in a message to her 71 million Instagram followers, "What I've learned is that this illness is not something that disappears or fades with time. It is something I must continue to overcome and have not done yet."
Much like everything she shares with her fans, those words were Lovato's honest truth. She really thought she had it. Years had passed since she'd received her diagnosis—bipolar disorder in addition to substance abuse, bulimia and anxiety so severe it led her to self-harm—and she'd transformed herself from the type of person who could hardly go 30 minutes without doing cocaine into an inspiring beacon of hope to hordes of other survivors, many of whom flooded the Internet with the hashtag "#HowDemiHasHelpedMe" in the wake of her overdose. 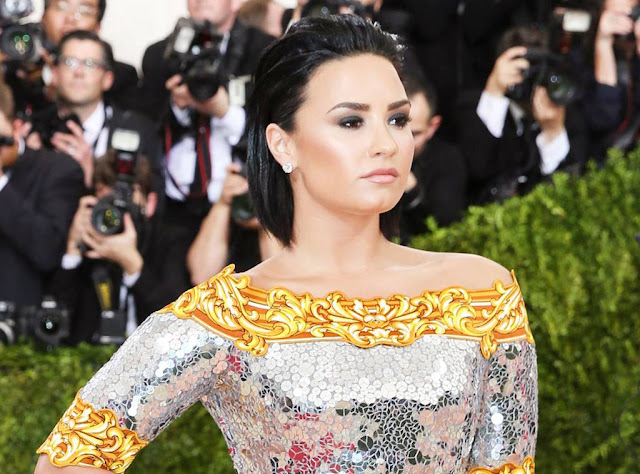 She began to resent the short leash her team kept her on, a pal revealed to People: "She wanted more freedom and started breaking away." She reasoned she was strong enough to be out with friends and resist the urge to sip on a cocktail or dabble in drugs, but it was "a very slippery slope," the pal continued. "The disease Demi has is a vicious liar. It's been telling her for some time that she can use just a little. It led her to believing in the myth of moderation and controlled consumption, which absolutely does not work if you are an addict."
So now it's back to square one. Following her Aug. 4 discharge from Cedars-Sinai, Lovato headed straight to a treatment center. And save for a brief trip to Chicago to meet with a therapist who specializes in sobriety, mental health and wellness, she has no intentions of leaving. "She will be in rehab for several months," a source predicts to E! News, "and is doing an extensive program to ensure she gets the help she needs." 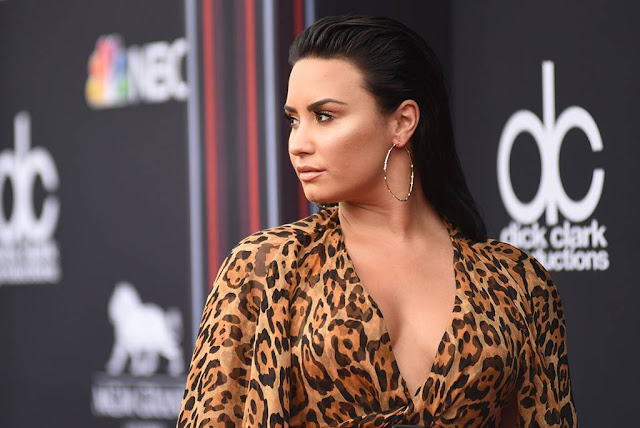 Initially a little resistant to undergoing another stint in professional treatment—"She is very embarrassed," notes the source—Lovato relented when she got the hard sell from her loved ones. "Demi's family says rehab is the only answer," says the source, "and are not letting her say no."
As she heard them out she knew they were right, of course. She was terrified by how close she came to losing her life and grateful to be alive and thus, insisted another insider, was taking her Recovery incredibly seriously. She also recognized that this was a practice what you preach moment. She had long been open about her recovery, not shying away from even the most humiliating of details, like the time she was sipping vodka out of a Sprite bottle at nine in the morning "just to get on a plane to go back to L.A. to the sober living house." So why would she opt for anything but full disclosure now? Says the source, "She wants to make a statement to fans, family and friends that she is strong and can recover."
But not everyone will be along for the ride. For years, Lovato's crewhad been light on the Hollywood types. There were a few stars, the kind who were willing to chill out at home with her and didn't need to plaster their friendship all over social media. She'd sometimes hang with Hailee Steinfeld, "super chill" Ariana Grande and Iggy Azalea who "doesn't drink or party," she told Billboard. And of course longtime bestie Nick Jonas—a bold-faced name she doesn't really count as a celebrity because they've been close their entire lives. "I have my core group, and they're the type of people that will be there for me in the middle of the night," she raved to Complex in 2015. "They're the type of people that are like, 'You're being a bitch right now. Don't talk to me in that way,' and I'm like, 'Whoa. Sorry. I didn't realize it.' I don't have anybody around me who kisses my ass."
Times change, though, and in recent months, Lovato's cell phone had been filling up with a new group of cohorts who, for the most part, were more focused on having a good time than guarding the Texas native's sobriety. "She's been hanging out with the wrong mix of friends," a source insisted shortly after her hospitalization, "who didn't have her best interest."
Not anymore. In a move reminiscent of the time longtime manager Phil McIntyre smashed her phone and dunked it in water—dubbing it the "gateway" to dealers, hangers-on and other unhealthy influences—Lovato's mom and management team "have made sure that she has cut ties with all of her friends right now," reveals the source. "She hasn't been in communication with anyone and is really focusing on herself."
In addition to weeding out the type of pals less willing to tell the Grammy winner when she's being out of line, the move ensures that Lovato remains fixated on recovery. "The family is trying to make sure they eliminate all distractions," explains the source, "and want her to be focusing on her health right now."
That means her ex Valderrama, the guy Lovato has said she'll compare all future paramours to, isn't likely to drop in for rehab visits. But he has remained in touch with her family to get regular updates. And those close to Lovato haven't ruled out the possibility he could be by her side when she completes treatment later this year.
"They could definitely end up back together," a source told E! Newsfollowing their 2016 split. "They have crazy love for one another and a very special place in each other's hearts. When you have history like theirs, things are so comfortable and familiar. Nothing can really compare." 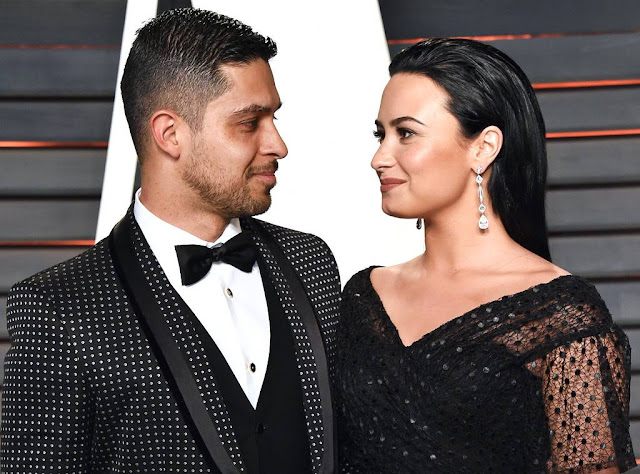 Any possibility of a reconciliation, though, is on the back burner for now, with Lovato singularly focused on her heath.
A dedicated student, the "Confident" singer "is happy she is getting the help she needs," says the source, adding she's aiming for a full recovery and a return to the studio and the stage. (Dates for the remaining shows of her Tell Me You Love Me tour have been canceled.)
"I now need time to heal and focus on my sobriety and road to recovery," she explained in her Aug. 5 Instagram post. "The love you have all shown me will never be forgotten and I look forward to the day where I can say I came out on the other side. I will keep fighting."

Another parabolic craziness
How to Develop an Educational App?
After Getting Help for Myself, I Can …
Top 6 PDF Password Remover to Unlock …

Inside Demi Lovato's Recovery: How She Plans to Fight Her Way Back to Sobriety