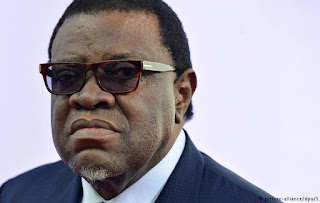 President Hage Geingob of Namibia has suspended foreign travels of all ministers, deputy ministers and political office bearers with immediate effect, the President’s Office said in a statement Wednesday.

The measure, which will remain in effect till February, is in line with Geingob’s call to rein in official Travel expenses.

On Jan. 25, Geingob, attended the 30th Ordinary Session of the African Union in Addis Ababa, Ethiopia, with just two ministers.

According to the statement, since assuming office three years ago, Geingob has been leading by example in controlling travel expenses, taking critical visits only with a small delegation.

The presidency said he forewent the use of the presidential jet both during the AU Summit in Addis Ababa and his vacation in December.