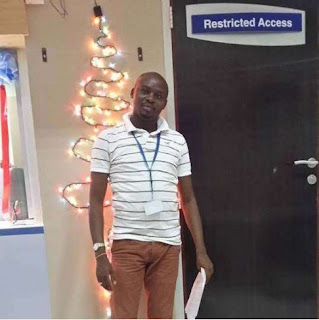 Banker at CFC Stanbic Bank, Nyali Branch in Kenya was beaten to death by five security guards for allegedly urinating at Nyali Centre parking lot. David Wokabi was attacked by the Solvit security guards on January 7 at around 3 am after relieving himself near a club at the Centre.

The 35-year-old was assaulted and left to die but was rushed to the hospital. However, he died a week after he was admitted to the Intensive Care Unit (ICU) at Aga Khan Hospital in Mombasa.

“I went there and saw my husband lying unconsciously. We took him to Aga Khan Hospital where he spent a week without telling me a word until he died. To date, I do not know why he had to die. The guard know him well I wonder why they beat him?" Wokabis wife, Grace was quoted by the Nation as saying.

CCTV footage show the guards approaching Wokabi as he is driving out of the parking lot. They then forcefully pull him out of his vehicle and begin clobbering him.

So far two of the guard linked to the brutal attack were arrested and charged at Shanzu Law court and  were then remanded at Shimo La Tewa maximum prison.

Three are still at large and police are pursuing them.

Allianz Grants Free Health Insurance …
There is No Map for Grief
How Do You Get Bed Bugs?
A Ratched venimos por Sarah Paulson y…
Top 10 best places to visit in Lagos …