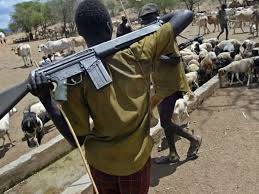 The incident was said to have occurred during the Yuletide holiday when most of the farmers had travelled out of the community.

It was gathered that nobody had been arrested by the security agencies for the incident.

Some of the farmers who spoke to our correspondent on Thursday lamented that they had lost millions, saying the herdsmen destroyed farm produce.

Speaking on behalf of the farmers, Justice Micheal Owoyemi, whose farm was also affected, said some of the farm produce destroyed by the herdsmen included cassava, cocoyams, yams, vegetables, adding that some cocoa farms were set on fire.

He said, “The herdsmen destroyed over 5,000 heads of cassava in my farm. They took the advantage of the Christmas break; they uprooted our cassava to feed their cattle.

“We have reported the herdsmen to the security agents and also to the Deji of Akureland, Oba Aladelusi Aladetoyinbo, who promised to intervene.

“The herdsmen are determined to send farmers out of their farms unless steps are taken by concerned authorities. What they destroyed is worth millions of naira.

“Most of these people here depend on the farms produce to cater to their families.”

Owoyemi, who is a serving judge in the Ondo State Judiciary, said the farmers had petitioned the state governor, Mr. Rotimi Akeredolu, security agencies and the Ministry of Agriculture to inform them of the havoc wrecked on farms in the area, but nothing had been done.

Another farmer and member of the community, Mr. Victory Oweh, lamented that he lost produce on 10 acres to the destruction by the herdsmen.

“We are just respecting the law of the land and trying not to take the law into our own hands.

“Ondo State Government should follow the steps taken by the Ekiti State Government by enacting laws to curb the activities of herdsmen. We are calling on the state government and security agencies before taking the law into our own hands.”

The Public Relations Officer of the Ondo State Police Command, Mr. Femi Joseph said the matter had not been reported to the police.

Meanwhile in Rivers State, five persons have been reportedly killed on Thursday by gunmen in Egbeda, a community in the Emohua Local Government Area.

The police, however, said two persons were killed when the hoodlums stormed the area.

A source, who spoke with our correspondent in Emohua, explained that the gunmen wore black trousers and T-shirts with red caps, adding that they (gunmen) escaped when they noticed that some soldiers were trailing them.

He disclosed that the incident happened in the morning while some of the indigenes were preparing to go out for their business.

“Some gunmen came to Egbeda this morning (Thursday) and killed five persons. We tried to arrest them, but they managed to run away,” the security source said.

The state Police Commissioner, Mr. Ahmed Zaki, said one person was killed in Unyeada in the Andoni Local Government Area of the state.

Zaki explained that the hoodlums, who shot and killed one person in Egbeda came on motorcycles, adding that security had been beefed up in the area.

On the January 1 killings in Omoku, Ogba/Egbema/Ndoni LGA, the CP stated that the command had launched a manhunt for those involved in the act.

Zaki assured people in the area of adequate security and added that measures had been put in place to ensure that those involved were arrested and prosecuted.

“A total of 16 persons were feared dead, while a few others sustained injuries.

“A manhunt has been launched for the perpetrators. And I can assure you that they will be arrested and brought to justice soon.

“Our hearts go out to the families who lost their loved ones.

“We share their pains and we will spare no efforts in bringing the perpetrators to face justice.”

He urged anyone with useful information that could lead to the arrest of the hoodlums to provide such to the police.

Seal Shore campsite
Everybody wants me, so when do I self…
كيفية حل مشكلة ssl error في جوجل كروم
The Neighborhood Bar that Grew Three …
Best money transfer services to use