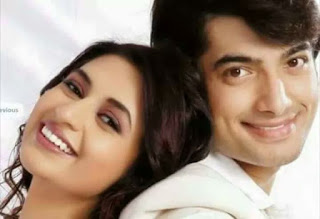 Tuesday 1 August 2017Divya and Amar finally sort out their differences and Sindoora's plan fails to separate them. Amar asks Divya to marry him once again. Bharat continues to play mind games with Sindoora.Wednesday 2 AugustSindoora's life is in danger and it's all because of Bharat. His plans do not go as planned. Sindoora finds out that the man who saved her is the one and only Bharat, her long lost son.Thursday 3 August 2017Sindoora is overjoyed to finally be reunited with Bharat. Sindoora immediately falls for his act. Bharat returns to the Sigh house. He takes Aditi to the house as his wife.Friday 4 August 2017Bharat lies to Vidya and the family about being married. Sindoora questions Bharat but soon concludes that he is on her side.


Monday 7 August 2017Sindoora thinks Bharat might be in cahoots with Divya. She changes the plans she initially made with Bharat to ensure that her plan to end Amar's life goes smoothly. Tuesday 8 August 2017Sindoora gets the shock of her life when she sees that Amar is fine. Amar pretends he doesn't know Sindoora’s true colours. He later recalls that he had hidden evidence against Sindoora in his previous life.Wednesday 9 August 2017Amar with the help of Divya and Bharat, begins to play mind games with Sindoora. Aditi begins to question why Bharat decided to move back into Sindoora's house. Divya follows Sindoora to her priest and what she hears leaves her disturbed.Thursday 10 August 2017Sindoora tells Divya that the day she dies, she chooses her to die along with her. Divya becomes very uneasy when she hears what Amar and Bharat's next plan is. Bharat and Amar manage to prove that Sindoora is mentally ill.Friday 11 August 2017The doctor tells Amar, Divya and Bharat that Sindoora has become mentally unstable. Divya and Aditi notice that Bharat still loves his mom. Sindoora decides to kill Amar and Divya at the next religious festival.

Monday 14 August 2017Aniket tries to walk by himself, but unfortunately he falls and slips into a coma. Sindoora starts to suspect Bharat after finding out Amar and Divya aren’t home. Sindoora prepares to kill Amar and Divya once again.Tuesday 15 August 2017Divya starts to feel uneasy and she alerts Amar. Bharat finds out that Sindoora has a real gun with her and he immediately warns Amar. The final showdown takes place just like happened 22 years ago... who will win it this time?Wednesday 16 August 2017Sindoora manages to escape the police and the angry mob of people. Amar gets worried about what Sindoora has planned for them. Sindoora reaches out to the last person she trusts for help and it is none other than her son Bharat.Thursday 17 August 2017Amar decides to kill Sindoora, but Divya stops him. In the nick of time Bharat once again saves Amar and Divya, but his conscience begins to take over his mind. Is this really the last we’ve seen of Sindoora Singh?Friday 18 August 2017Bharat performs Sindoora's last rights. Aditi tells Bharat that they need to tell the family the truth about them. The family members agree to get Bharat and Aditi married on their supposed wedding anniversary, not knowing the truth.


Monday 21 August 2017Karan's memories continue to haunt Aditi, luckily Bharat is there to comfort her. Amar unfortunately is at the wrong place at the wrong time and he bumps a innocent young man. Bharat realises that he has fallen in love with Aditi.Tuesday 22 August 2017Amar tells Shivam's family the painful truth. Uma expresses her feelings to Divya, about Bharat and Aditi's relationship. Gauri mistakes Amar for Shivam. Shivam's father asks Amar to pretend to be Shivam for the sake of Gauri's health.Wednesday 23 August 2017Bharat realises that he is in love with Aditi. Aditi’s past comes back to haunt her. Her abusive husband has come back into her life.Thursday 24 August 2017Amar realises the extent to which Gaury would go for Shivam’s happiness. Gaury’s family try to secretly perform a ritual for their late son, Shivam. Gaury arrives at home before they leave, how will they explain this to her?Friday 25 August 2017Gaury goes to the extreme to try to catch the attention of the man she thinks is the love of her life. Mohini tells the villagers the truth about Shivam. What will happen to Gaury when word spreads?

Monday 28 August 2017Aditi decides to stop living a lie and decides to leave the house. Bharat then expresses his love for her and asks her to stay. Gaury insists on fasting for Amar, thinking that he is Shivam. Tuesday 29 August 2017Gaury falls ill. Aditi's past comes back to haunt her. It appears that Karan is Divya's brother, Bharat and Aditi are shocked after finding this out.Wednesday 30 August 2017The villagers storm into Gaury's home and try to forcefully reveal the truth to her, Amar convinces them to not do this until she has fully recovered.Thursday 31 August 2017The community members crucify Gaury and her family for the choices they have made. To restore Gaury's reputation, Amar puts vermillion on Gaury’s forehead, deeming her his wife, how will he tell Divya about this?