All that glitter they say is not gold as Nigeria's biggest female artist of the moment, Tiwa Savage is saying that she feels like giving up. 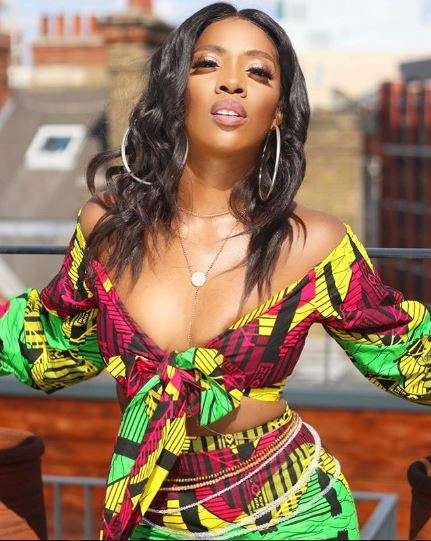 The music star made this known via her Instagram stories on Sunday, August 26, 2018. She wrote a number of hashtags on her page which suggest that there might be more this than meets the eye.

Whatever it is that Tiwa Savage is going through, we hope she is able to get over it in due time or probably just speak about it openly.

It would surprise you that despite Tiwa's present frustrations, she is indeed having an amazing year, career-wise. A few days ago, Tiwa Savage had a sold out concert at the Indigo at O2 Arena in London.

Also, Tiwa Savage dazzles at sold-out concert at the Indigo at the O2 Arena, London

Tiwa Savage hosted her fans to a classic night of music and dazzling performance as she sells out the Indigo at the O2 Arena, in London, United Kingdom. Tagged 'The Savage Tour', Friday, August 24 will go down in the history books for Tiwa Savage, as she headlined her first concert in the UK at the iconic Indigo at the O2 Arena with the tickets sold out hours before the event.
The singer who has enjoyed a fairly eventful 2018, and is set to release her third studio album later in the year says she wants to give her UK fans much more than a show and this she fulfilled on the night.

The night witnessed performances from opening acts like members of her Mavin family, from the label head Don Jazzy to Reekado Banks, D'ija, and Dr Sid. Others who took to the stage to thrill the audience include the likes of Wstrn, Congolese superstar, Awilo Longomba, Mystro, and the Alternate Sound Band.