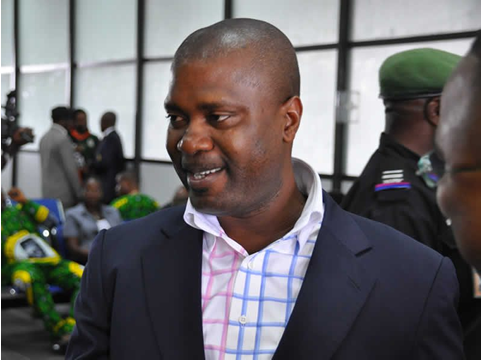 TWO policemen and a tricycle rider on Thursday lost their lives after a Petrol Tanker Rammed into the convoy of the Managing Director of the Niger Delta Development Commission, Mr. Nsima Ekere.

Ekere was leading an entourage to receive Acting President Yemi Osinbajo in Calabar, Rivers State, when the incident happened along Calabar-Itu Road.

It was gathered that while one of the policemen in the convoy and a tricycle rider died on the spot, another policeman was said to have breathed his last at the Intensive Care Unit of the University of Uyo Teaching Hospital.

The Director, Corporate Affairs, NDDC, Mr. Toye Abosede, said the managing director of the commission was not hurt in the accident.

Abosede, who spoke on the telephone with our correspondent, said, “A petrol tanker rammed into the convoy of the NDDC MD, killing two policemen and a civilian. The pilot vehicle of the convoy was hit by the petrol tanker.

“The impact of the accident affected the tricycle rider. One of the policemen died on the spot. The other policeman, who was rushed to UNIUYO Teaching Hospital, died at the Intensive Care Unit of the hospital.”

Abosede explained that some members of the entourage, who were affected by the accident, were currently receiving treatment at the hospital.

A later statement by Abosede read in part, “The convoy of the Managing Director of the Niger Delta Development Commission, Mr. Nsima Ekere, was involved in a road accident.

“The incident, occurred along the Calabar-Itu Road when a petrol tanker ran into the pilot vehicle carrying policemen attached to the NDDC MD, who was on his way to Calabar to receive the Acting President, Prof. Yemi Osinbajo.

“The victims were immediately taken to a nearby hospital where they are receiving urgent medical attention for injuries. Members of the entourage in other vehicles were unhurt in the unfortunate incident.”