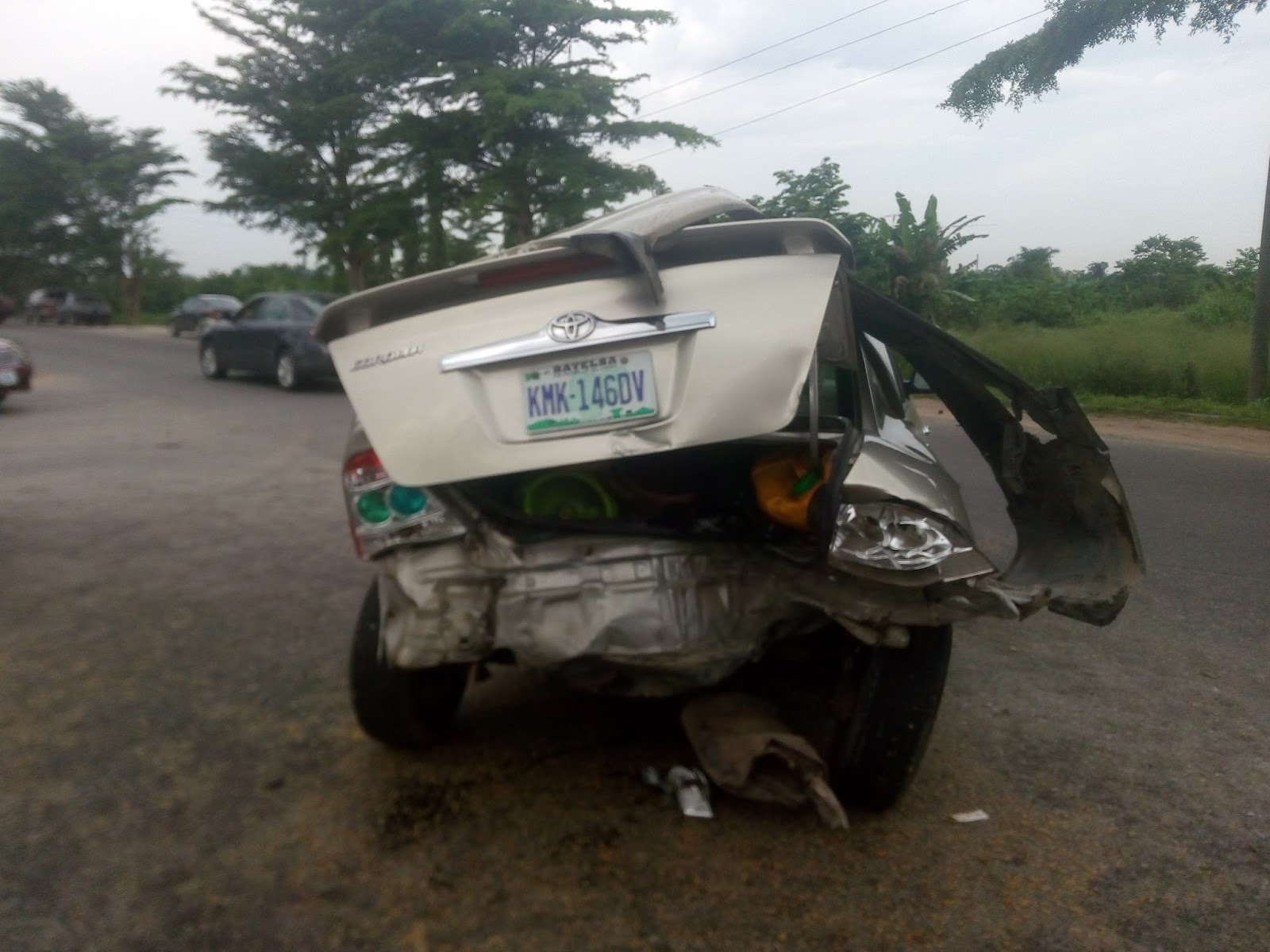 Accident just occurred along DSP Alamieyeseigha expressway in Yenagoa. The Accident which involved Toyota car and other vehicle which was not sited at the time of this report.

An eyewitness said, the driver whose car was badly damaged who was a woman was trying to negotiate to other lane when her car was bashed behind which made the car condemned and difficult to repair. Seem the woman was going for a function or important place to take care of people with food. Although no live was lost but we saw cooked rice and fried chicken spread on the ground.

The source who also stated that if not that a Keke driver who smartly dodged the car could have badly hurt as well or even loosing his life and that of the passenger because if the over speed of the vehicle that caused the accident. Many attributed the cause of the accident to dead condition of traffic light in Yenagoa and also the flowers that covered the turning and bending corners. See more photos taken at the spot, 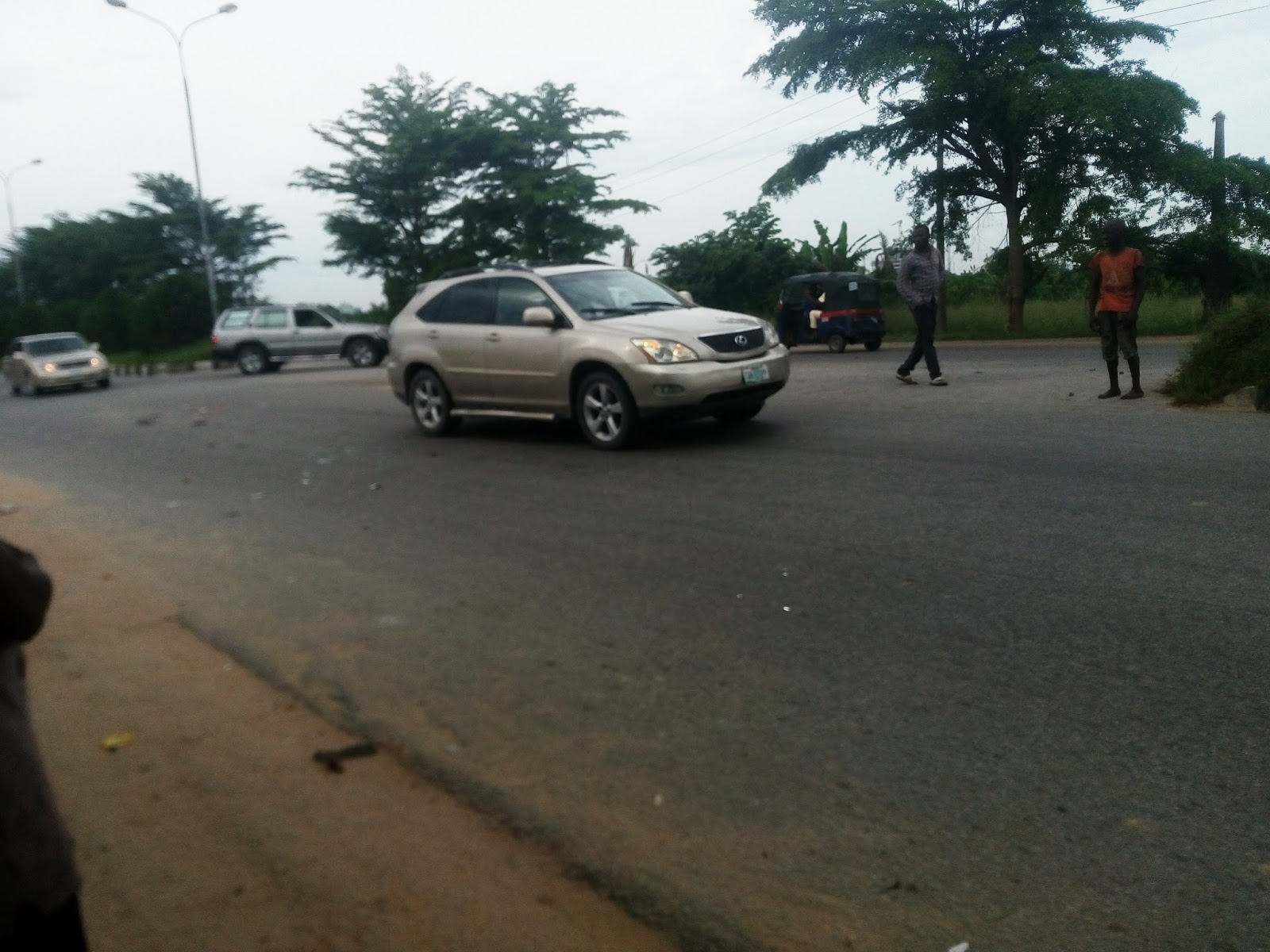 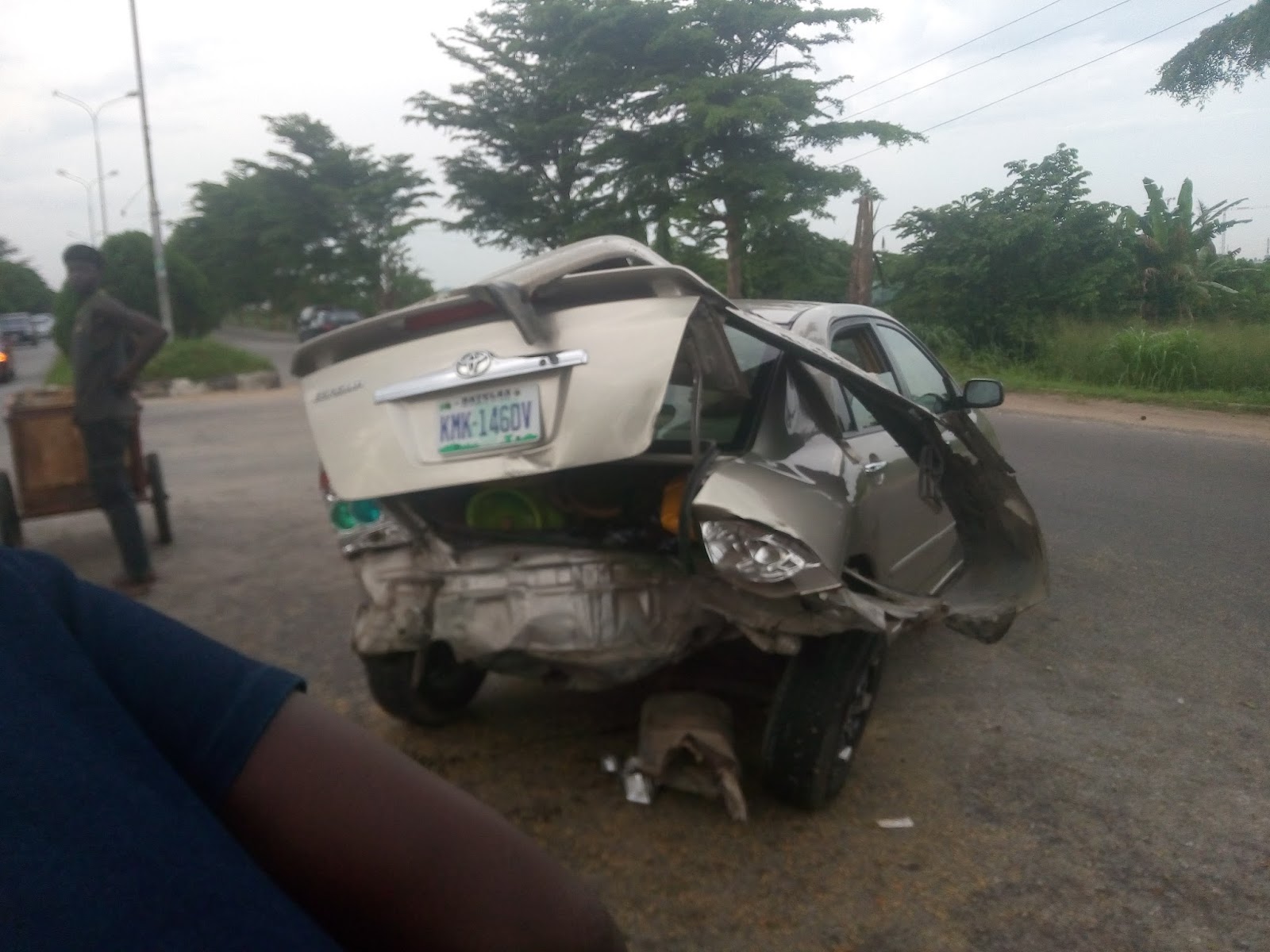 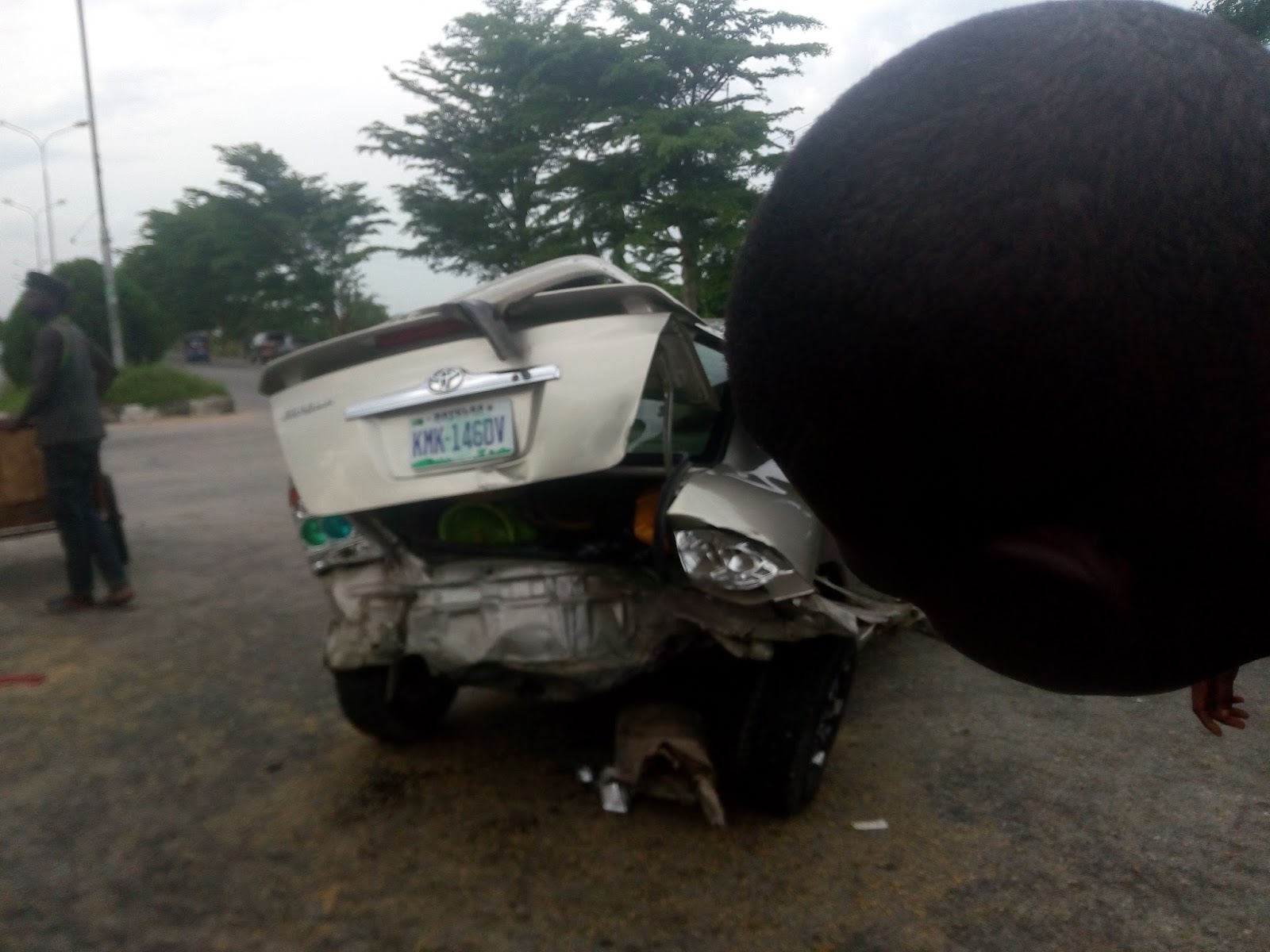 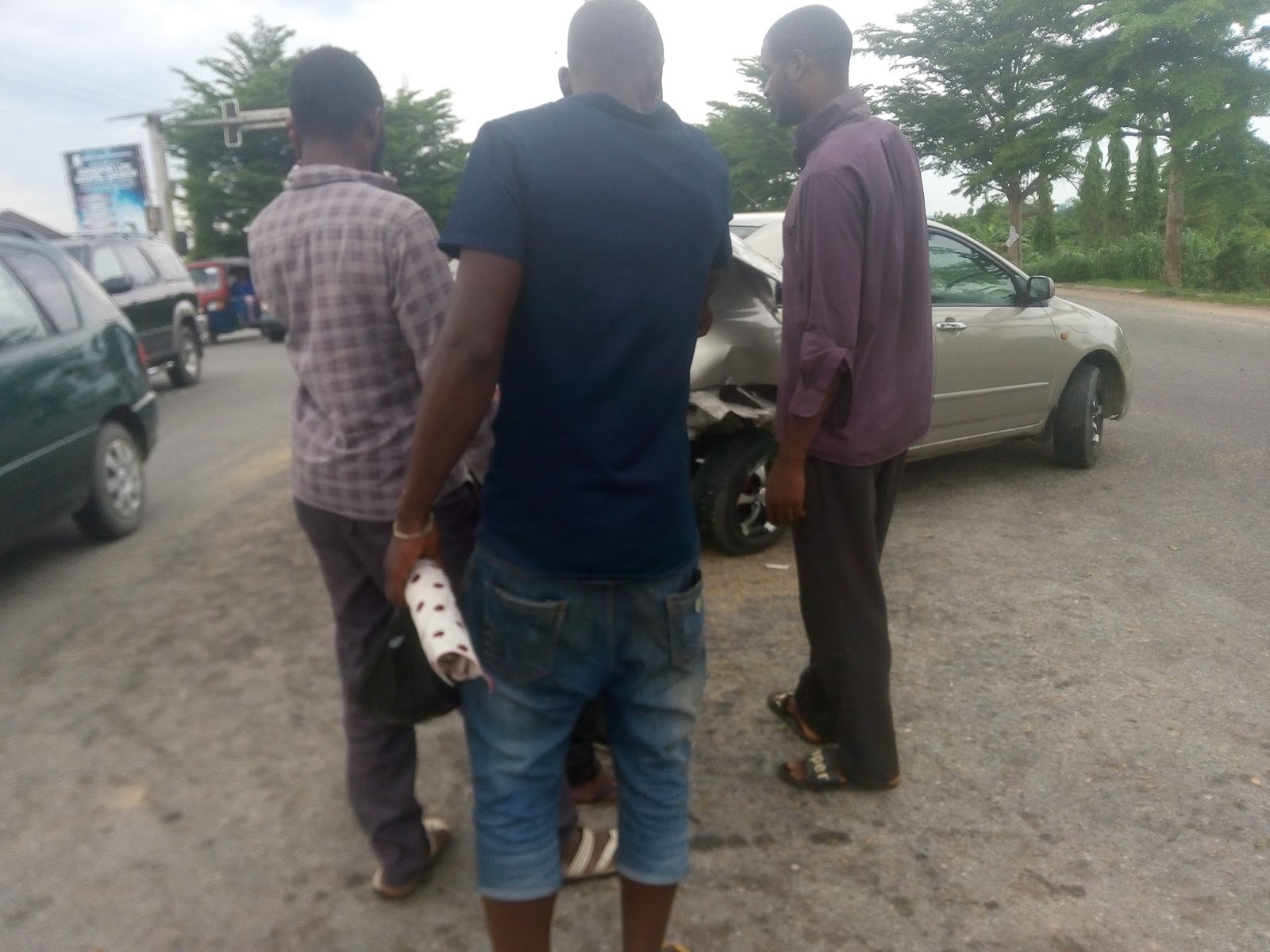 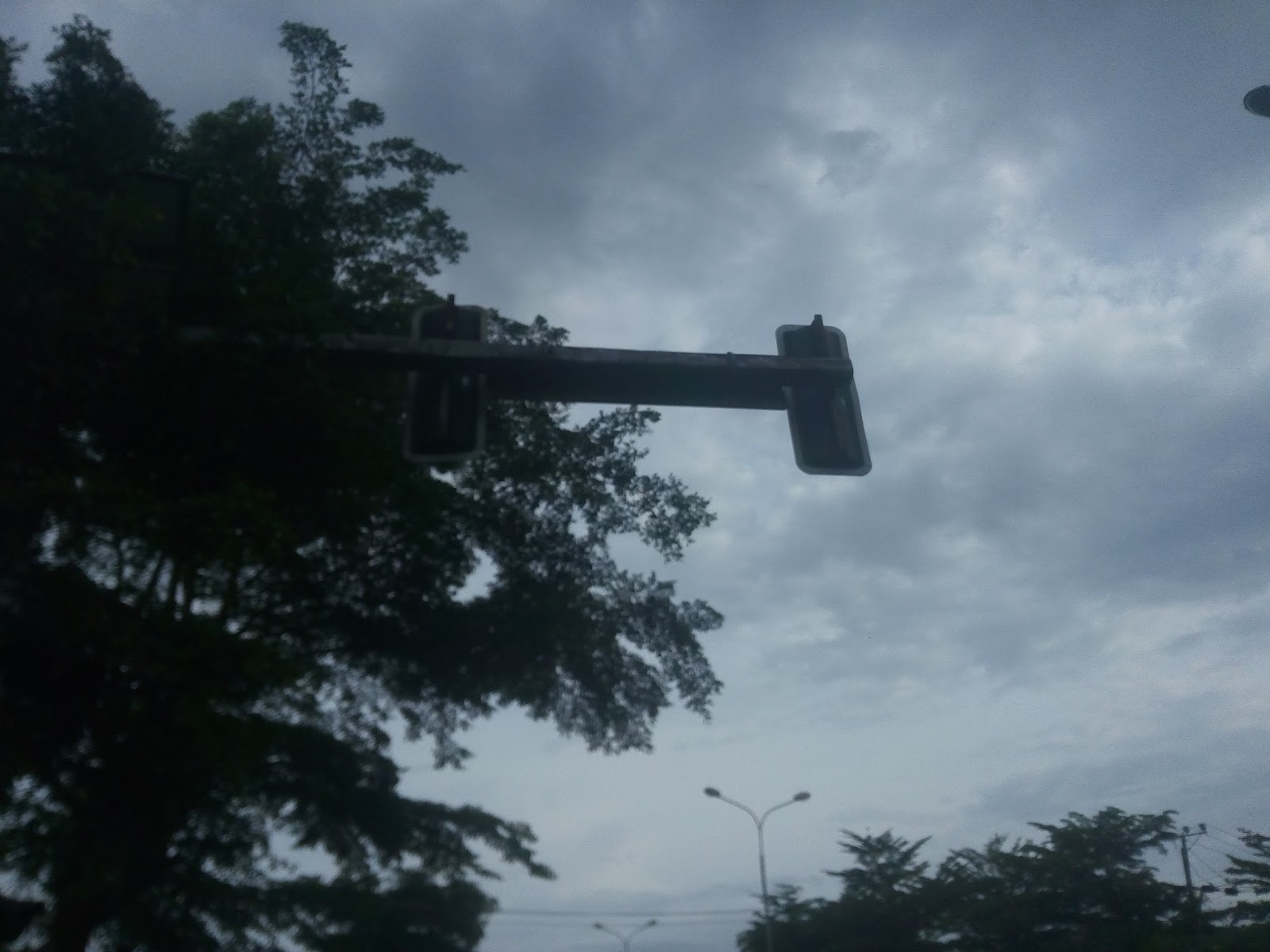 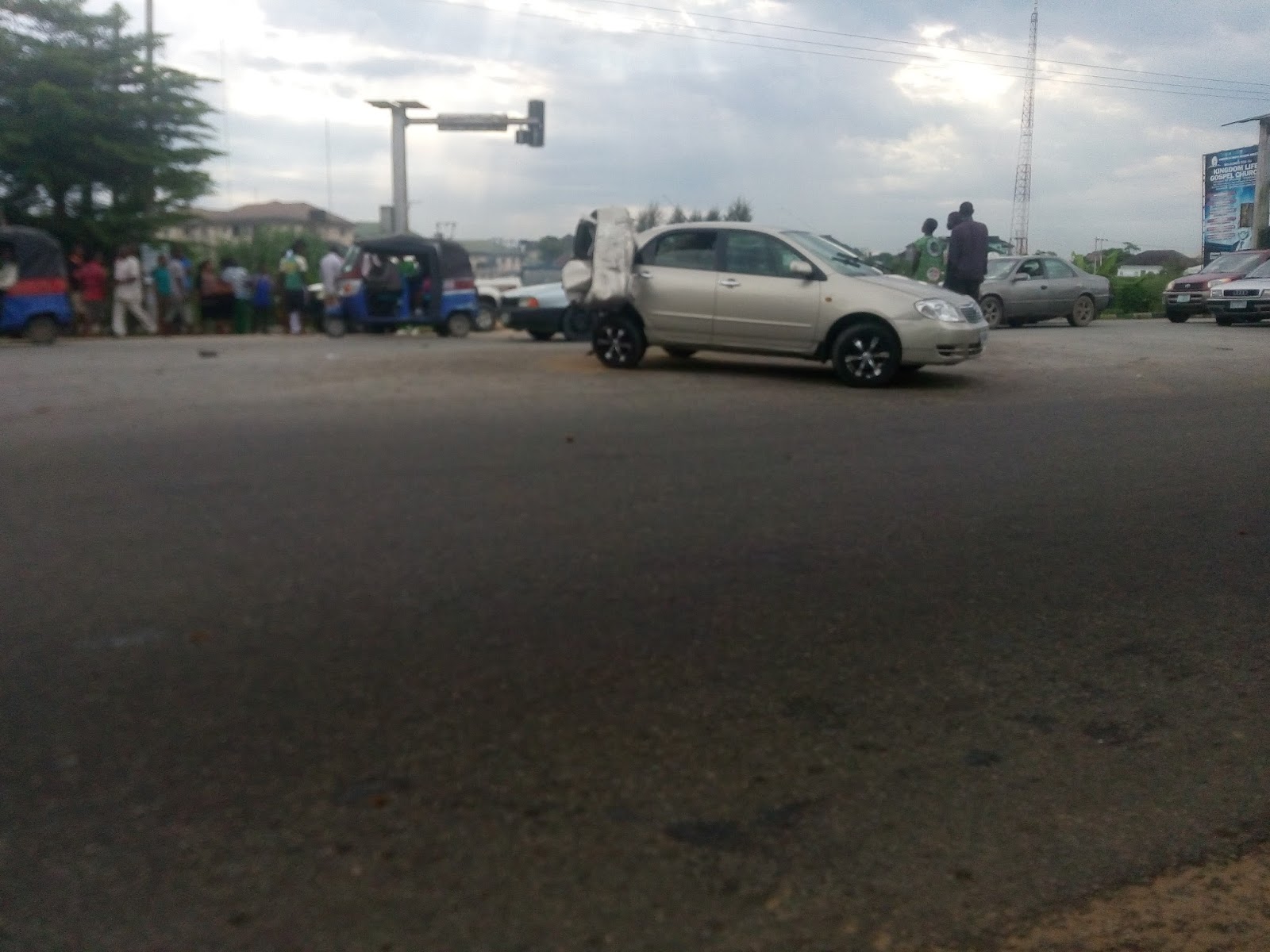 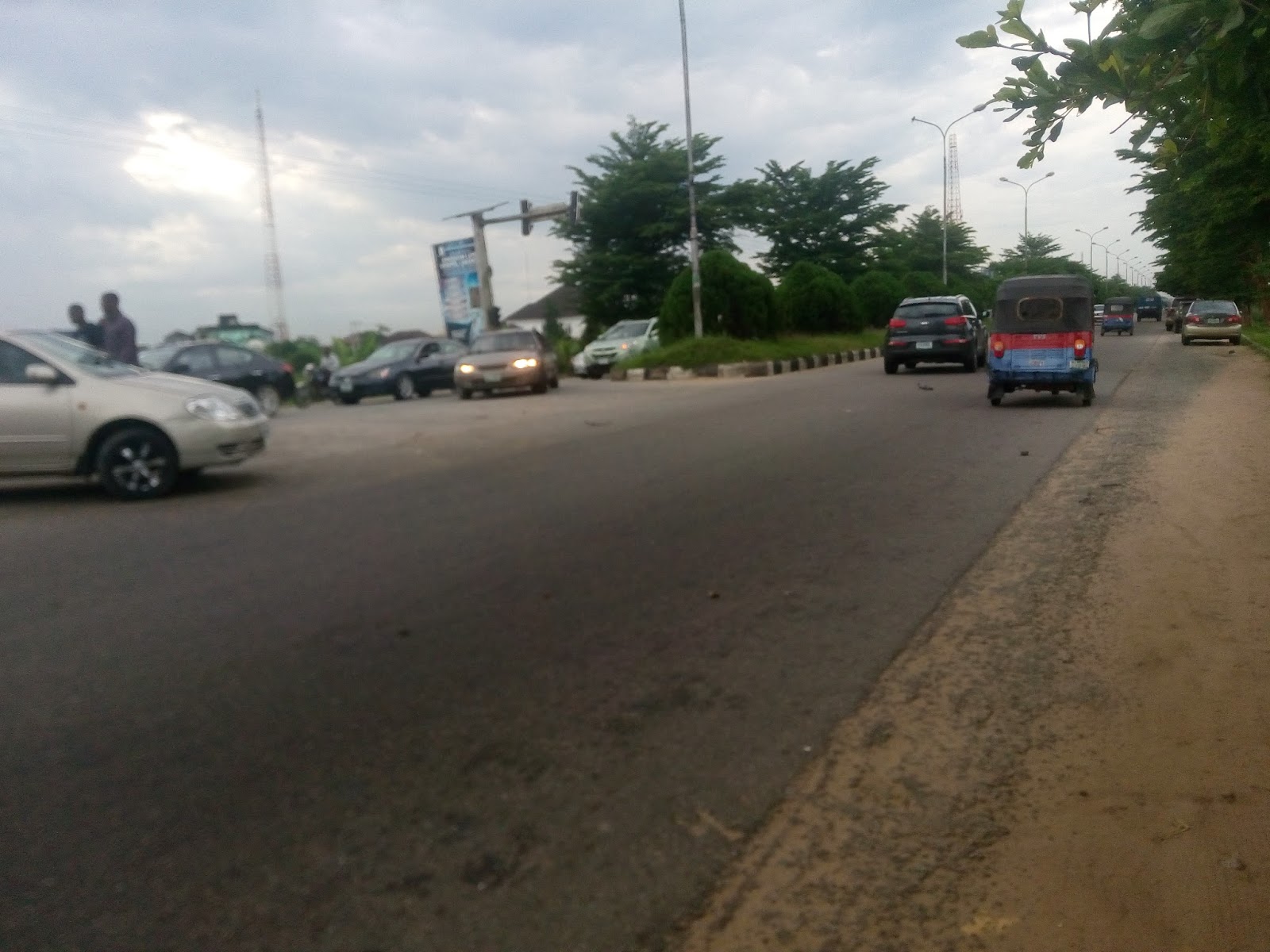 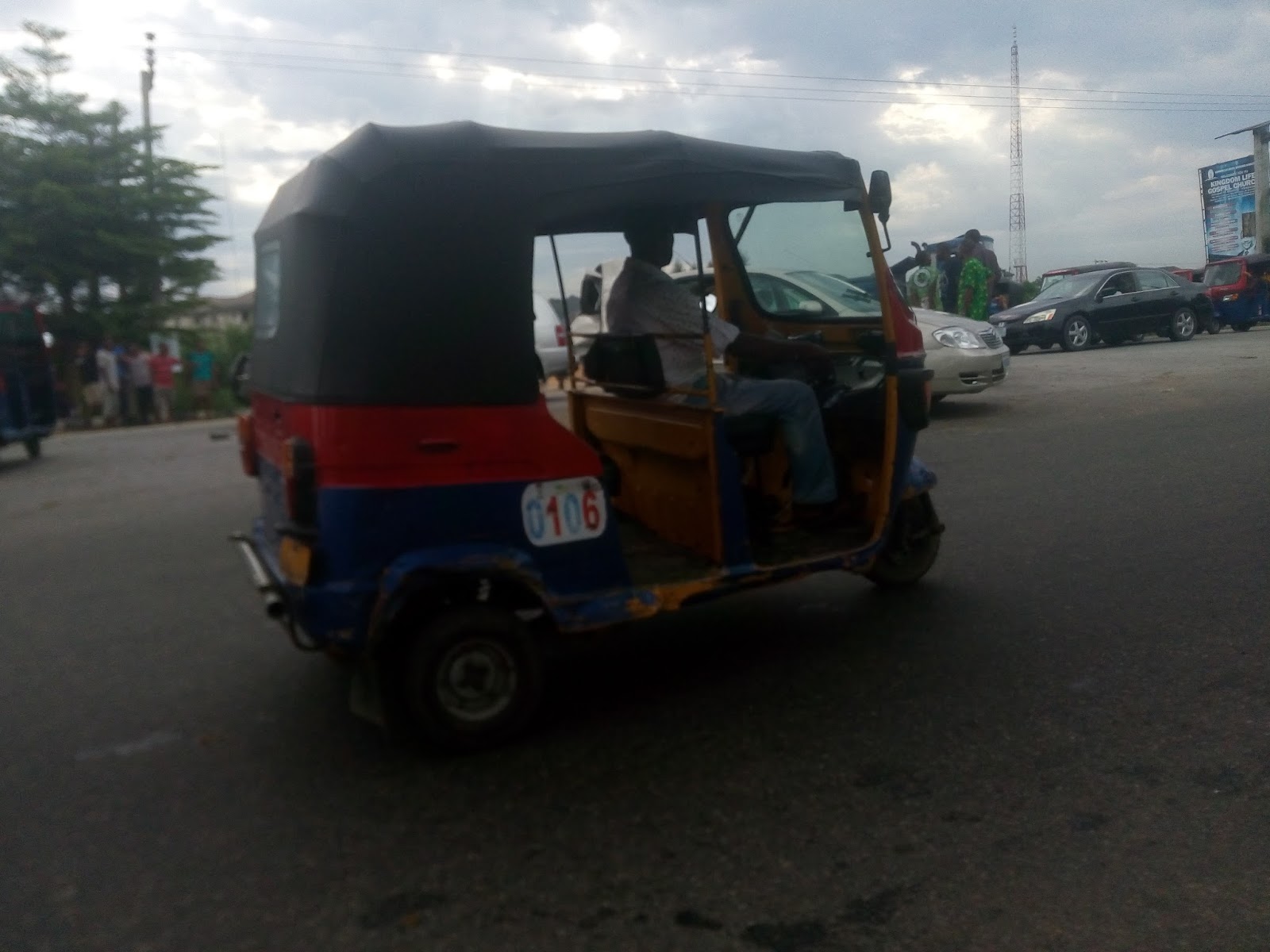 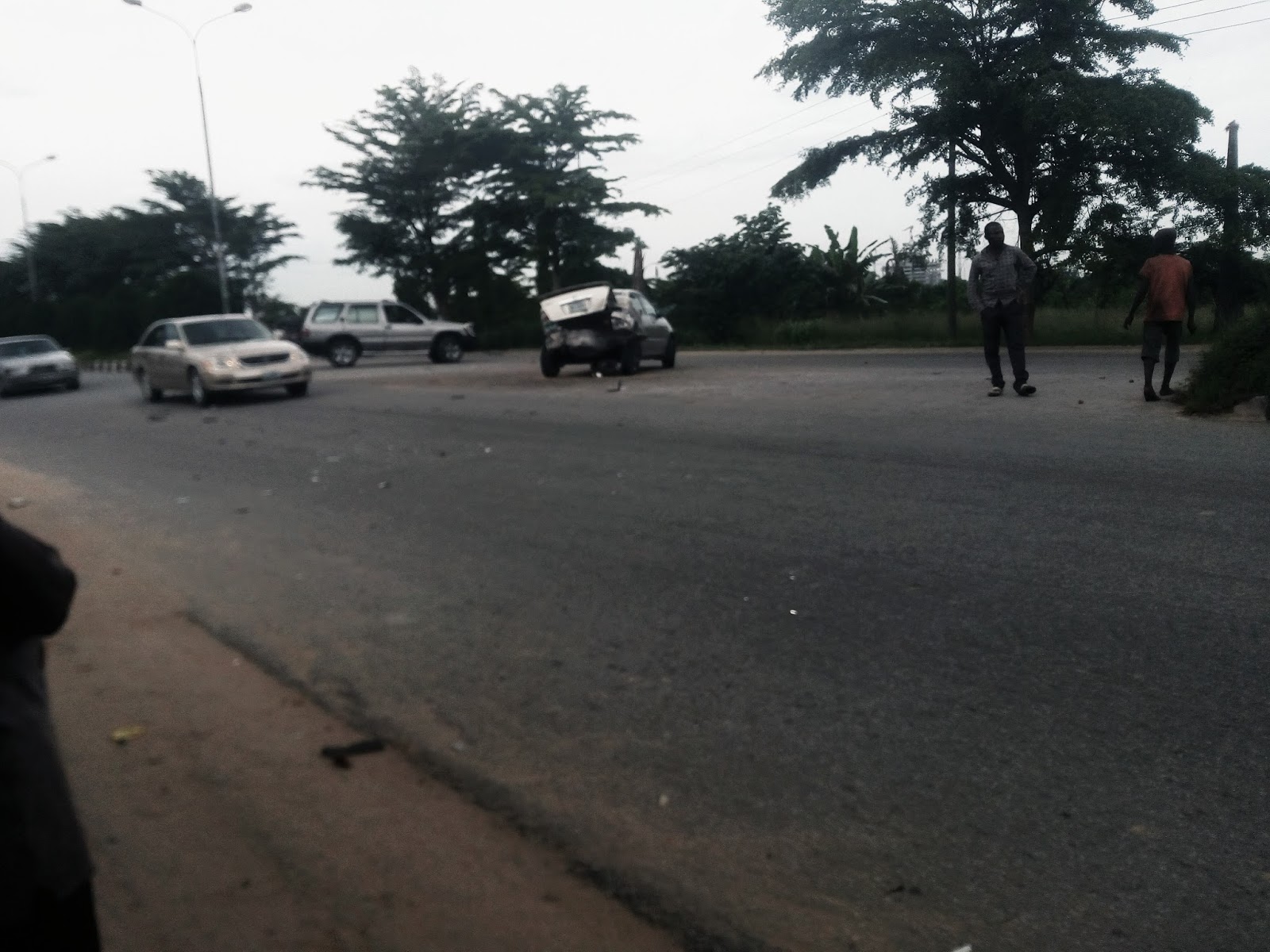