PHOTOS: Woman arrested for chopping off her husband's penis with a scissors 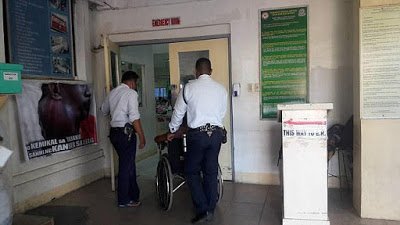 A 32-year-old Liezel Betitta has been arrested for cutting off her husband's penis with a pair of scissors because she was convinced he was having an affair. She believed he was sexually involved with a friend's wife at a building from where he worked in Iloilo City, the Philippines so after her husband, Mark, went out drinking with friends after work then fell asleep at a friend's house, Liezel went over there and found him. 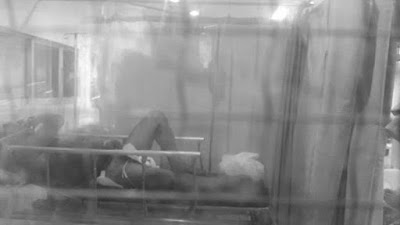 Mark was roused from sleep by the pain after Liezel grabbed his manhood and sliced it off two inches from the base. The incident happened at about 10:30 pm on April 22 and Liezel fled the scene immediately her mission was complete.

As blood gushed from Mark's wound, his friends took him to the Jesus Colmenares Memorial Hospital in the Balasan Town district, several miles away. They told the police that the couple who have three children argued often. 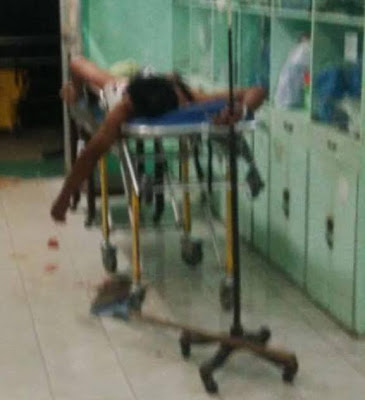 Mark was later transferred to the Western Visayas Medical Center in Iloilo City where surgeons attempted unsuccessfully to reattach his penis. Physicians said that because the major nerve had already been severed there was little they could do. Tissue from the part cut off had also already died.

Police later arrested Liezel and she told them that she had no regrets about her action.

"I don't regret cutting off his penis. It's his punishment for being a womanizer. I am ready to face the consequences of my action," she said. "I am tired of his womanizing. He got a new girlfriend lately."

Investigator Alexis Bataga from the Carles Police said that Mark wanted to press charges against his wife. He said officers were investigating the incident and have remanded Liezel in custody.

He added: "We could not yet ascertain what drove her to harm her husband. The last time I talked to his family, they told me that he was recovering."

PHOTOS: Woman arrested for chopping off her husband's penis with a scissors