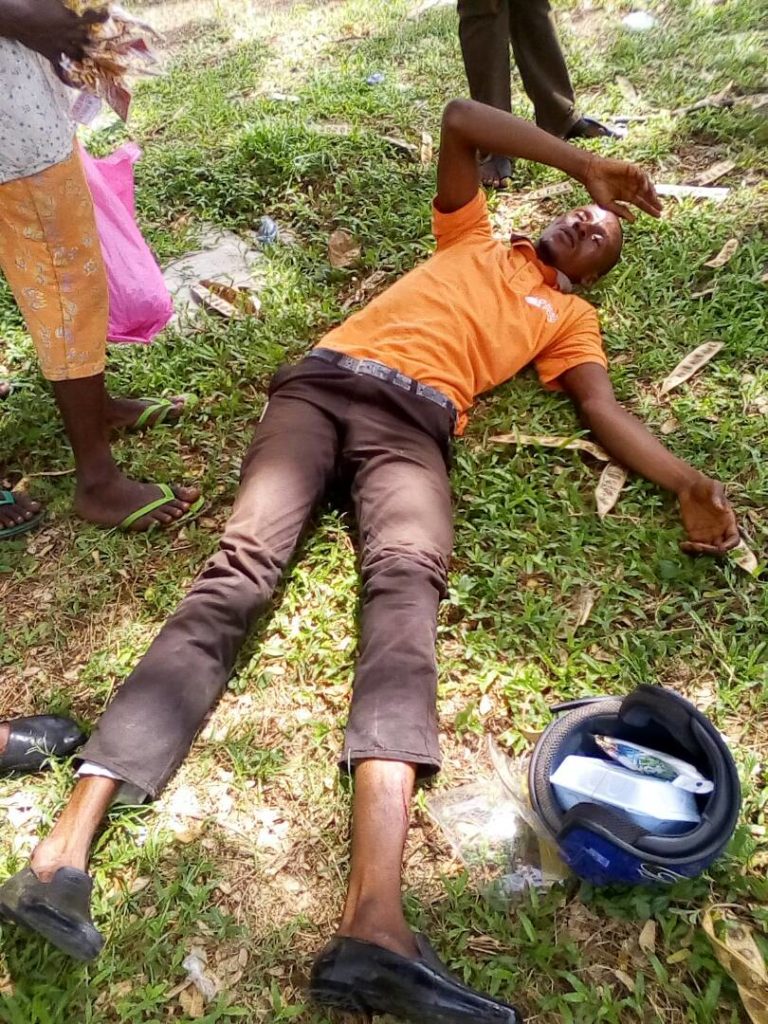 A team of Special Anti Robbery Squad, Sars, policemen have been accused of abandoning a Delivery man after their vehicle was involved in an accident with his motorcycle.

A Facebook user, Alaofin Peters, said the man is at an unnamed hospital with a broken leg.

According to him, the victim, a graduate of Moshood Abiola Polytechnic, Abeokuta, was going about his delivery business when the SARS vehicle stopped in front of him. He narrated further that one of the occupants of vehicle suddenly flung the door open just as the delivery man crashed into it.

Alaofin attached the photo of the victim – at the scene and in the hospital. 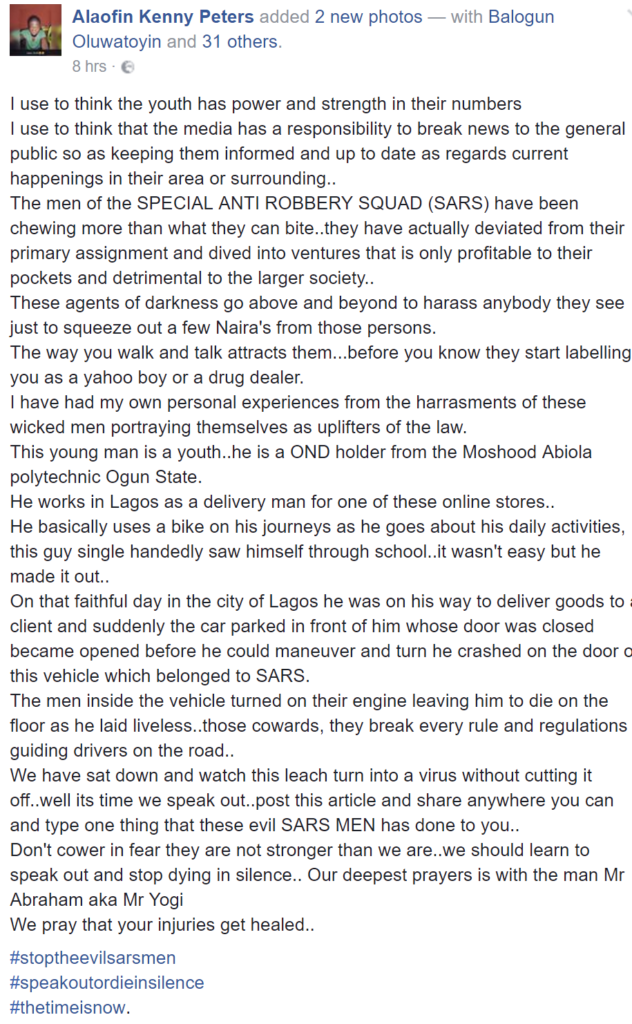