A Mum Claims her child was possessed and dragged along the floor after a Spirit entered his bedroom through a vortex above a Thomas the Tank Engine bed.

Kirsty Lee claims the spirit entered her child’s bedroom above the tot’s bed.

She was left in hysterics after she says she found her screaming son Kyran being dragged along the floor by an invisible entity.

She called a team of spectral experts, who held a two-hour long seance to banish her unwanted guests.

“I was petrified to death - I couldn’t move,” the mum-of-one told the Evening Gazette. 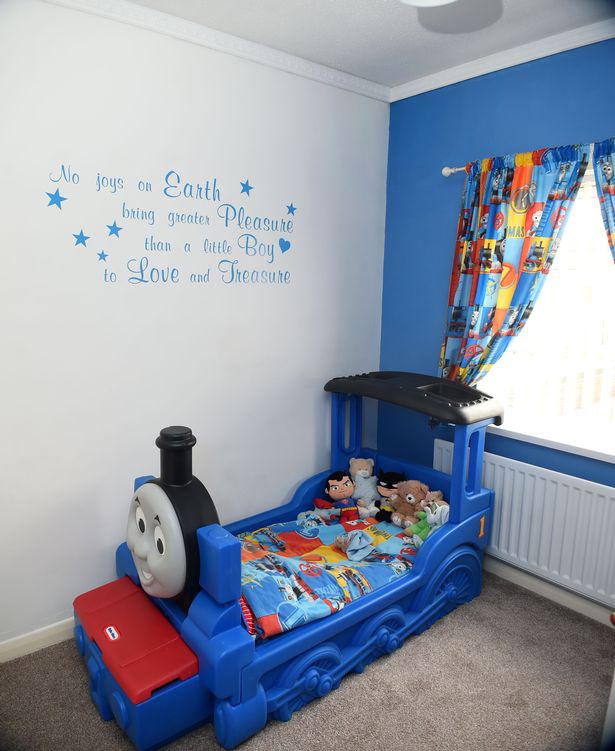 The eerie events unfolded after the young family moved into their Billingham home and things started to go bump in the night.

Kirrsty’s dad David said he knew something was up to a pungent smell in the bedroom.

“You can smell a spirit - spirits leave off a sweaty sock smell,” he said.

An ice cream man by day, he claims to have psychic powers and was aware something was amiss.

“If I go through a house, I will know if there are spirits and I will know where the spirit is,’ he said.