Christmas in Cockleberry Bay by Nicola May Review 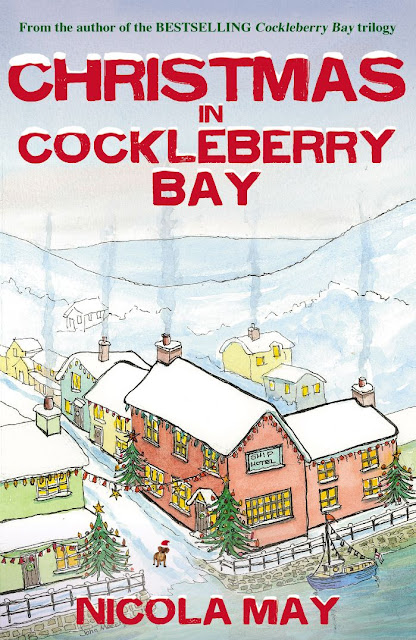 Meet old and new characters in the Bay for Christmas fun and frolics.

With both the Corner Shop and Cockleberry Café in safe hands, Rosa turns her attention to Ned’s Gift, the charity set up in memory of the great-grandfather whose legacy turned her life around.

Over at the Ship Hotel, Lucas has his work cut out with his devious new girlfriend and the mystery poisoning of an anonymous hotel inspector. Will the hotel still get its 3-star Seaside Rosette?

Will Mary find true love at last? Can Titch cope with the demands of the shop and being heavily pregnant. And can Rosa, with a baby of her own, pull off the Cockleberry Bay Charity Christmas Concert in time?

Christmas in Cockleberry Bay is a festive delight for fans of Rosa and her cheeky mini dachshund Hot, delivering a feast of unpredictable events and surprises.

Oh yes, we are back! As you know I have loved this series since the beginning and I cannot help but love being back in this seaside town and see what drama, and Happiness this small little town can produce.

Rosa is as busy as ever, coping with motherhood, the café, and the shop like a pro, especially as Josh is away again, even though it’s for a good reason, it’s hard to be a single Mum even with a great support network, but if all that wasn’t enough, Rosa’s father has arrived in the bay too.

It’s so good to be back in Cockleberry Bay, this series could truly never end in my opinion, as Nicola May has that magical way in her writing, that pulls you in and makes you feel like your apart of the community.

I give Christmas in Cockleberry Bay 5 stars 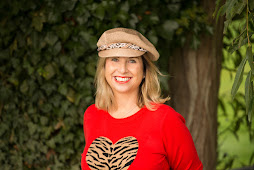 Nicola May is a rom-com superstar. She is the author of eleven romantic comedies, all of which have appeared in the Kindle bestseller charts. Two of them won awards at the Festival of Romance, and another was named ebook of the week in The Sun. The Corner Shop in Cockleberry Bay became the best-selling Kindle book in the UK, across all genres, in January 2019, and was Amazon’s third-bestselling novel in that year.
She lives near Ascot racecourse with her black-and-white rescue cat, Stan.

Christmas in Cockleberry Bay by Nicola May Review