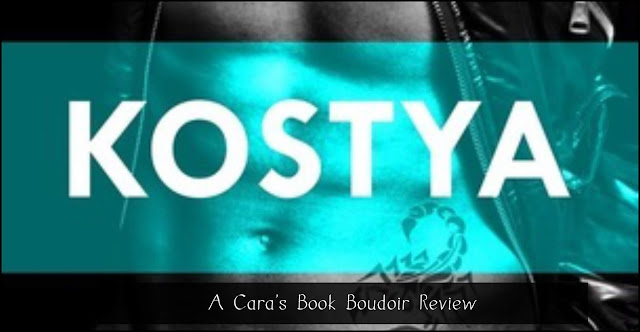 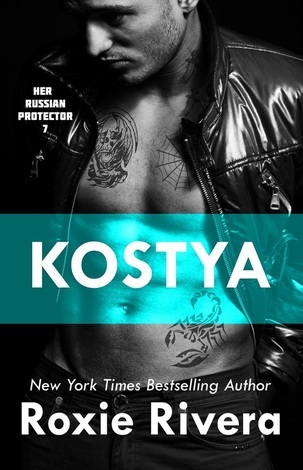 After a nightmare blind date, hairstylist Holly Phillips swears off men. The only problem with that plan? Her mysterious and sinfully sexy neighbor Kostya who appeared from the shadows and saved her on that cold, scary night.
Russian covert operative turned infamous mob cleaner Kostya Antonovich lives his life by one major rule: Don’t Get Involved. But when the lies surrounding Holly’s birth begin to unravel, Kostya’s only choice is to break that rule and break it hard.
He’ll use every last tool in that sinister black bag of his to protect Holly from a cartel hit squad and the notorious KGB operative who has escaped a grim Russian prison to seek his revenge.

Roxie Rivera is one of my favorite of all time authors, she writes the most amazing Russian Mafia romances I have ever read, and Kostya (book 7) has been long-awaited, but due to the authors health problems it has taken a few years for this Book to come out, but health and family should always come first.
If you have read any of the Russian Protectors series then you would have met Kostya before, he is the elusive cleaner and fixer of the Russian mafia in Houston Texas, there is nothing that Kostya can't fix, even in protecting the sister of his boss, even when she doesn't know she has any other family than her mother, but that is not all that Kostya knows or feels about Holly, even if he can’t act on it.
Holly Phillips has just survived the date from hell, but thankfully she was saved by Kostya, her delicious neighbor, but then she finds that Kostya is always saving her until she was kidnapped and the truth comes to light.
I absolutely loved this book, I loved the way the author made Kostya character softer and fallible, and Holly character stronger than she knew. And even though we have had book 8 already, this book seems to tie (for now) the series off nicely.
As I said before this book was delayed for over two years because the author was gravely ill, but I'm happy that this book was released, because not long afterward she announced (via Instagram) that she was pregnant, so it may be another long time before we see another book, but when it comes I'll be ready.
I give Kostya 5 stars

To find out more about Roxie Rivera and her books, click on the link below