Crushing It: This Man Left an Accounting Job to Start a ‘Destruction Room’

The other day a wine glass shattered on the floor of my apartment. I gasped and scrambled to pick up the pieces. But at The Wrecking Club, my reaction would have been the opposite. There, breaking a glass is encouraged — it’s actually considered a cathartic release.

Tom Daly opened this destruction room in New York City in February 2017. People come to the roughly 300-square-foot space in midtown Manhattan to “smash, bash, hit and break” almost anything they want — for a price.

“This is a place where you can do something that you normally can’t do anywhere else. And, that’s the point,” says Daly. “I think people like having their own ‘Office Space’ moments,” he adds, referring to the chance to hit a printer as many times as you want.

From Desk Job to Wrecking Entrepreneur

Before becoming a budding entrepreneur, Daly worked in accounting. “I was buried in Excel sheets all day and sitting down all day in meetings, back to the computer, do a couple emails,” he says. “I regret nothing about being there, but it just wasn’t exciting enough. And I think I just needed something a little bit more wild.”

Daly went through more than 50 business ideas before the concept of a destruction room came up. He realized that other companies met basic human needs like food, water and shelter, but few addressed psychological needs like aggression.

Daly eventually left his job and opened The Wrecking Club by using his own savings and by acquiring loans from different sources.

“Conversations with my parents when I was leaving an accounting world to go start breaking things for a living were interesting,” Daly says. “But they were very supportive, and they were very helpful through all of it.”

Daly says he even tested the business out before going all in. “I rented a tent one day and asked my parents if I could have a bunch of my friends over in their yard to break stuff,” he recalls. “I wanted to see what people’s reactions are.” They loved it.

How The Wrecking Club Works 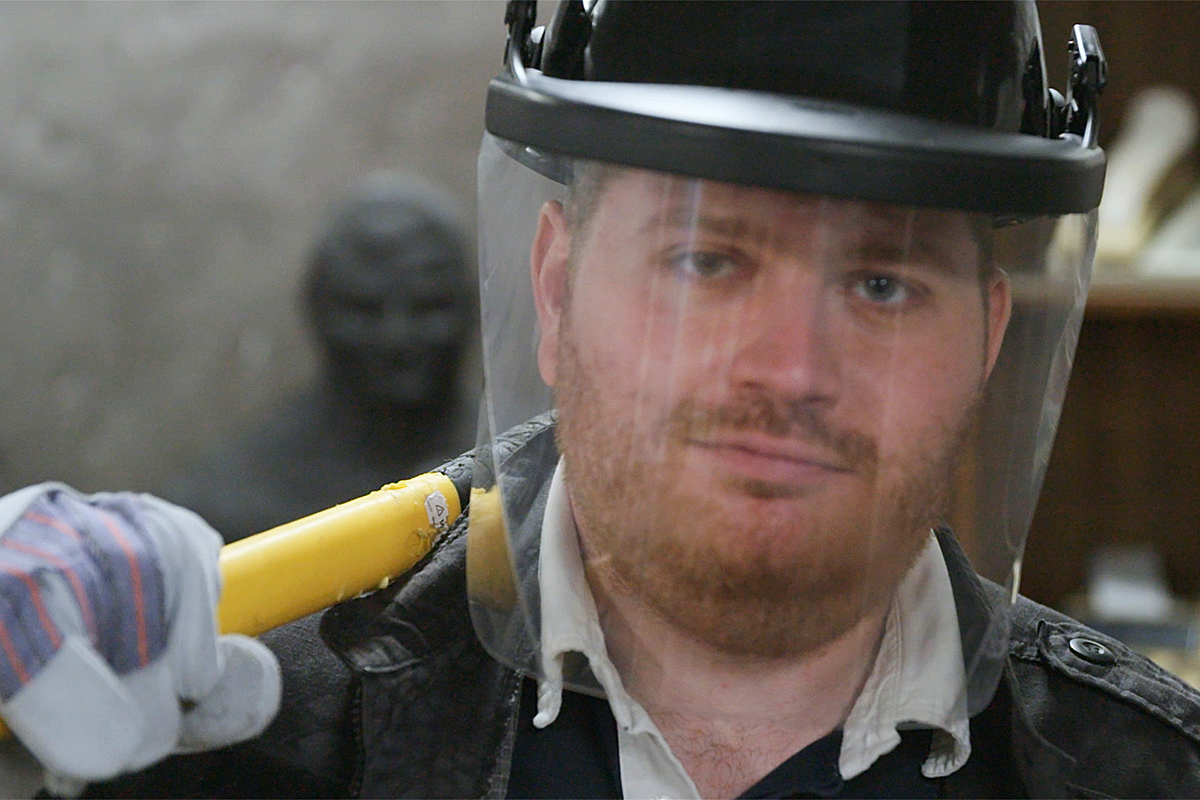 Tom Daly shows off the safety gear required for the ‘Destruction Room’ at The Wrecking Club. Zackary Grant for The Penny Hoarder

The concept is simple, really. Customers show up at The Wrecking Club on 9th Avenue between 35th Street and 36th Street, choose from a menu of destruction, don protective gear and bash away to their heart’s content.

Through the website, you can book 30-minute sessions hilariously named “Couples Therapy,” “Mad House” and “The Top Shelf.” Prices range from $94.99 to $245. If you prefer something short and sweet, for $25 the “Hit it and Quit it” will get you 15 minutes in a room with your choice of an electronic item or bucket of dishes.

If the menu doesn’t include what you want to wreck, Daly has several a la carte items for an additional cost. These include “single items like buckets of dishes, printers, laptops, monitors,” he says. “They can range anywhere from $10 to $20, depending on the day that you come in and where they came from.”

On average, The Wrecking Club hosts about 30 people per day. Ninety percent of them come for entertainment, but some are recommended by professionals. As long as you are at least 12 years old, you can grab a bat and hit anything set up in the room, even a gunmetal-colored wall. (I broke a telephone and laughed afterward.) Daly’s clientele comes in for birthday celebrations, bachelor parties and even date nights.

The biggest challenge, Daly says, is sourcing electronics and enforcing the rules. One time, a customer destroyed Daly’s personal computer. “I was showing somebody a safety video on my laptop, and I left my laptop in there, and I walked outside,” he says. “I was doing my own thing, letting the customer have their time. And I came back and saw that my laptop was now a part of their session.”

Despite some setbacks, Daly now earns the equivalent of what he made as an accountant. He’s sees himself not just as the owner of The Wrecking Club, but as a member of an entrepreneur club he always dreamed of joining.

“Are there hard times? Absolutely,” he says. “And were there definitely some times when I’m just like, ‘What did I get myself into?’ It was big switch in my life, worth every second.”

Christie Post, supervising producer and host at The Penny Hoarder, is always finding ways to make stories visual. You can see the videos she produces on YouTube. Subscribe and give her a shoutout @christiepost.

Crushing It: This Man Left an Accounting Job to Start a ‘Destruction Room’