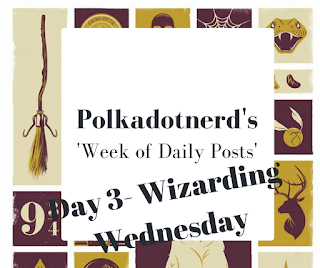 It's Day 3 - and today, it's Harry Potter!!
~
Firstly, hello to the 'Hopefuls', who make up a large part of my audience, and also provided some of the questions for this post 💜
Before I crack on with the challenging questions my favourite people have come up with, I will answer the most important Harry Potter related question....

“The Friend Who May Not Seem a Friend…
More Pinoys using the internet; cost …
It’s Me – Chapter 12
Spider-Man: If This Be My Destiny - L…
Raelle y Scylla: la pareja lésbica de…
What is my Hogwarts house?
Despite my wish to be Hermione Granger, I am in fact, a Ravenclaw.
So, here we go....
1. Do I believe there is plausibility in the plot for Harry Potter and the Cursed Child?
No, I don't!! I enjoyed the story, because frankly I would read J.K.Rowling's shopping list, but I have one particular problem, and it's a fairly huge one.
My issue is the friendship between Albus Potter and Scorpius Malfoy. The fact that Rowling has chosen this as her plot, makes me feel like I have walked straight into a fanfiction, and that J.K.Rowling has just decided to extend such stories. I don't dislike the book, but I can't help but think that Rowling was struggling to think of a story line.
2. If I had to kill two members of the Weasley family, who and why? (there are all alive at this point).
This is a very controversial question I'm sure, but I am going to answer it anyway. So, my two choices would be Percy Weasley, and Charlie Weasley.
Percy, begins as an annoying, pompous character, which only gets worse with his prefect and head boy privileges. Then, after leaving Hogwarts, the fact that his job makes him so proud and conceited that he cuts ties with his family, is the final straw for me, and I have never liked his character, making this one a no-brainer for me.
Secondly, Charlie, who's character I am not prejudiced against like I am with Percy, but poor Charlie, doesn't really feature much! That's why I think I would be able to kill him off, because the plot would barely change at all, because he's a very minor character, who I'm pretty certain never appears in the films - but I'd still feel awful doing it! 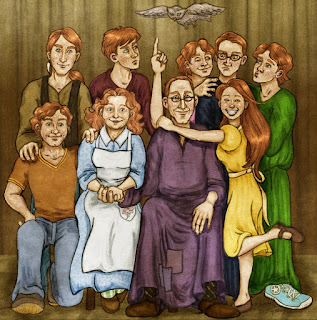 3. Who would I save... Hedwig or Dobby?
Hedwig! - for several reasons. She was a birthday present from Hagrid, a very special person in Harry's life. Secondly, she's been at Hogwarts with Harry from the very start, and was one of the first things that Harry could truly call his own, his best, and also first friend. Therefore, she is sentimental, and Harry is not Harry without Hedwig. Sorry Dobby! 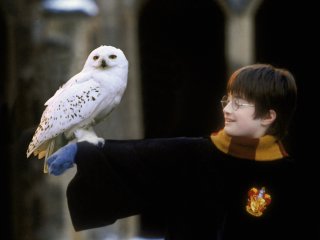 4. What would my patronus be? and what would be my happy memory that allows me to conjure it?
This question is inspired by a very old Carrie Hope Fletcher video, but she had a very good point. We focus a lot on what our patronuses are, but we seldom ask ourselves what our patronus conjuring thought is.
My patronus on Pottermore, is a Hummingbird, which I think is lovely, however, I wouldn't have said Hummingbird in the days before the patronus quiz, when you had to decide for yourself.
In my mind, my patronus is a lioness. I do, despite my insecurities, and my cruddy anxiety issues, consider myself quite strong, and quite brave, also, on a non Harry Potter note - I adore The Lion King!
My happy memory, currently, would be the day I went to see Fantastic Beasts and Where to Find Them at the cinema with my best friend, and we had a hilarious day out in the city.
Wow! That was long, but I enjoyed myself.
See you tomorrow for a Thursday I have not yet named, because the ideas spring to mind at very random moments.
I leave you with a photo of my set up from this afternoon, when I was drafting this post, and just chilling out x 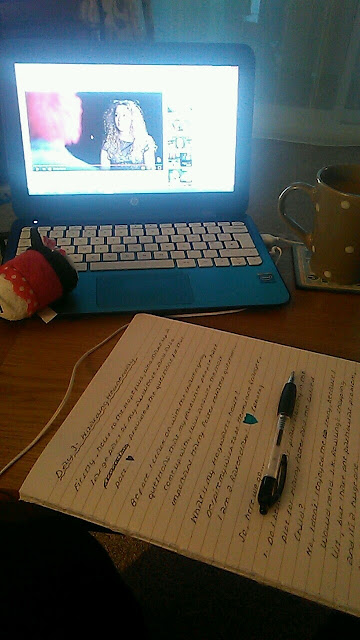 So, this is what I do with my long afternoons, I sit, with my notepad, and my spotty mug of tea, and I sit watching old Carrie videos, with Minnie Mouse watching alongside me.
Until tomorrow,
Beth xx


This post first appeared on Bethany McAllister, please read the originial post: here
People also like
“The Friend Who May Not Seem a Friend”: The Cat and the Fire, Part 1 of 3
More Pinoys using the internet; cost of mobile data ‘cheaper’ in Philippines vs Thailand
It’s Me – Chapter 12
Spider-Man: If This Be My Destiny - Learn more about why this story is so legendary
Raelle y Scylla: la pareja lésbica de Motherland Fort Salem
10 Unique Nerd Gifts That People Will Absolutely Love
Daniel Radcliffe Response to J.K. Rowling’s Transphobic Tweets
Bulletproof Coffee – How to Make It (With 16 Recipes to Try)
More Distance Learning Resources for COVID-19 – part 5
MimbleWimble’s Security Compromised?
Interview October – Keiran Potter
A Conversation with Interior Designer Amy Lau