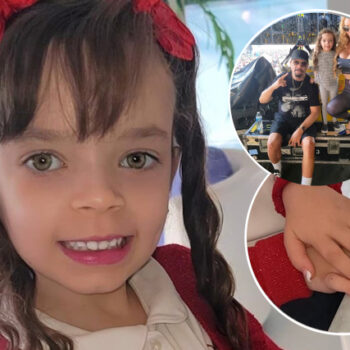 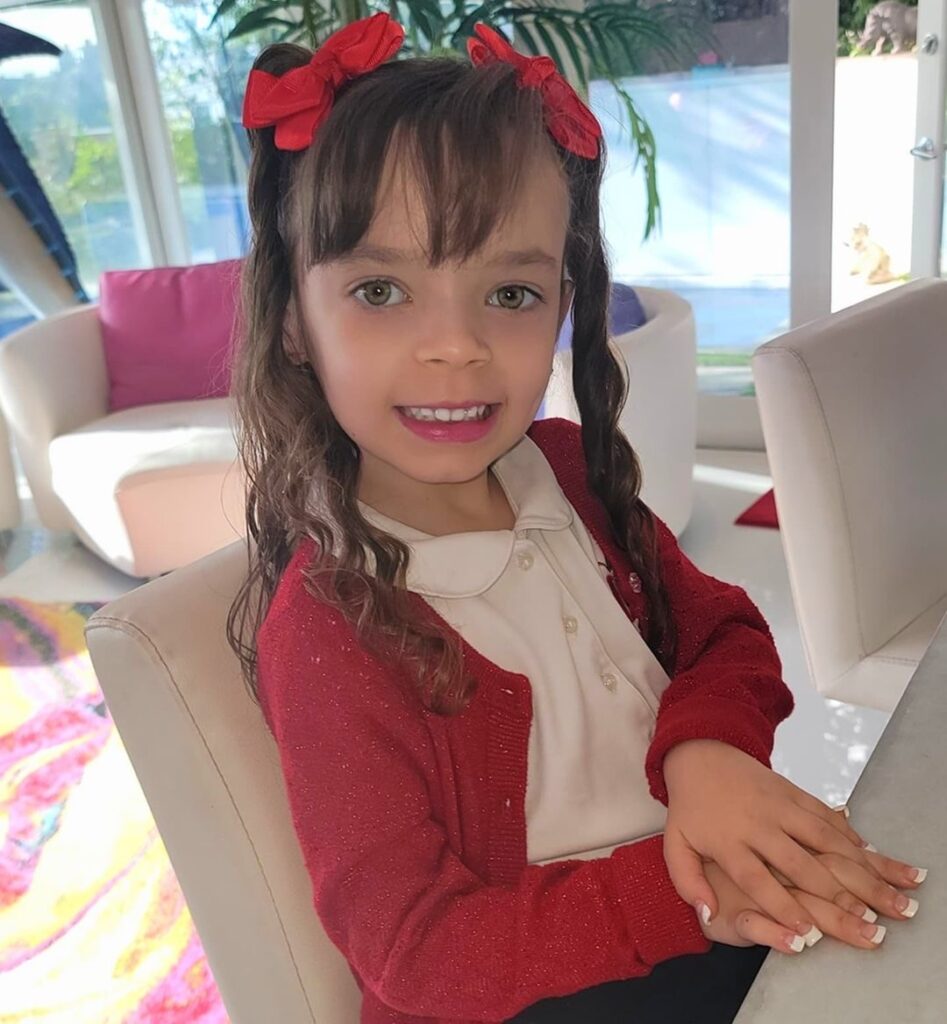 Coco shared the candid of her daughter posing for the camera. “School Picture day,” the celebrity mom exclaimed. “For the special occasion I let Chanel do mini tips to her nails,” Coco told her supporters. “I love doing her hair,” the celebrity added. “My little doll baby is what I call her.”

In the candid, Chanel smiled while showing off her nail artwork. The youngster’s hair was in ponytails with red bows that matched her uniform. “She’s beautiful,” one fan said. “Her dad’s twin.” Another of Coco’s social media followers wrote, “Breastfed w[ith] tips.” 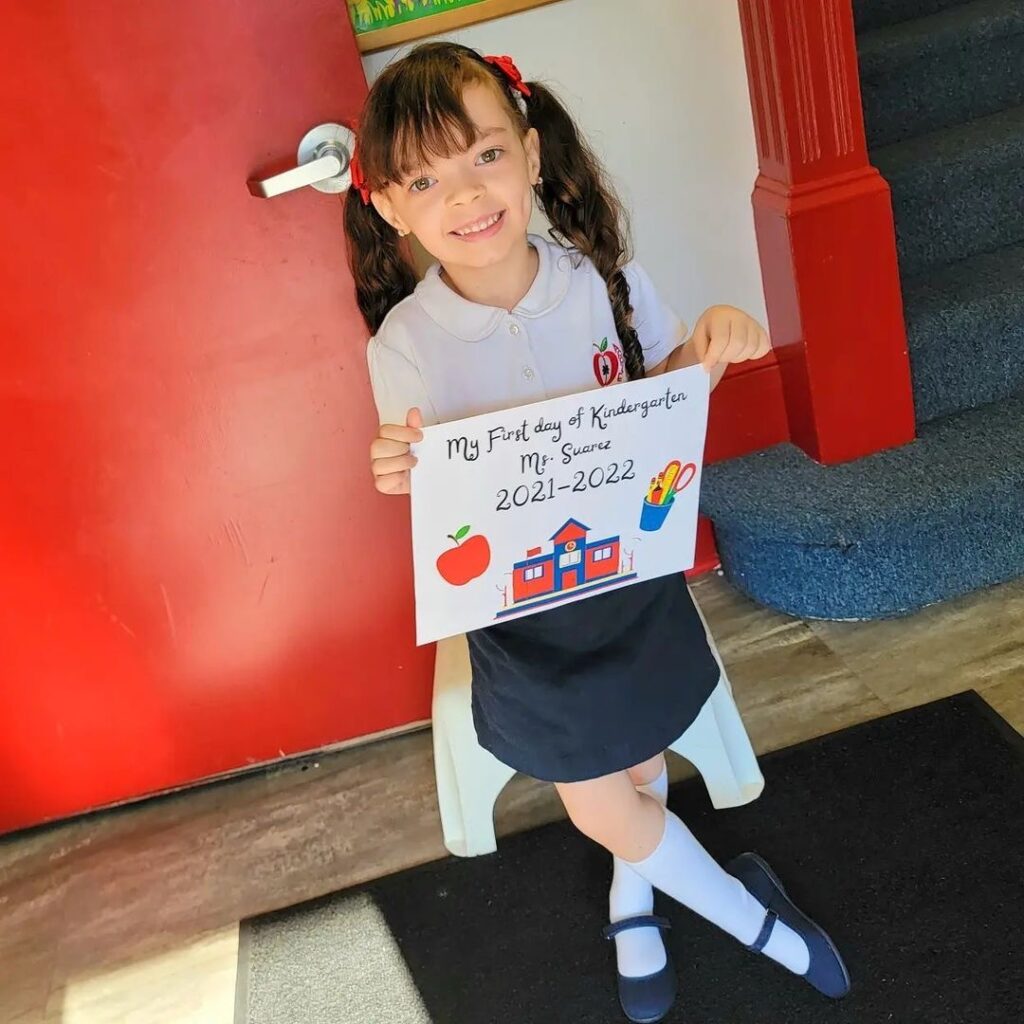 It was just a few weeks ago that Coco Austin came under intense scrutiny for her decision to continue breastfeeding Chanel at 5-years-old. Many believed the little one was too old for nursing and expressed concerns over malnourishment among other things. Both Coco and Ice-T responded to the criticism with humor and a firm double-down on their parenting style.

“I’m not an argue-er,” Coco said of the scrutiny, which included mommy shaming, online. “Whatever you want to believe, you can believe,” the celebrity mom added. “But I just don’t believe that [if] society says they should stop at 2 [years old], you as a mother should stop because they said so,” Coco explained to the press. “I’m not going to stop because I feel like it’s a great bonding experience between her and I.” 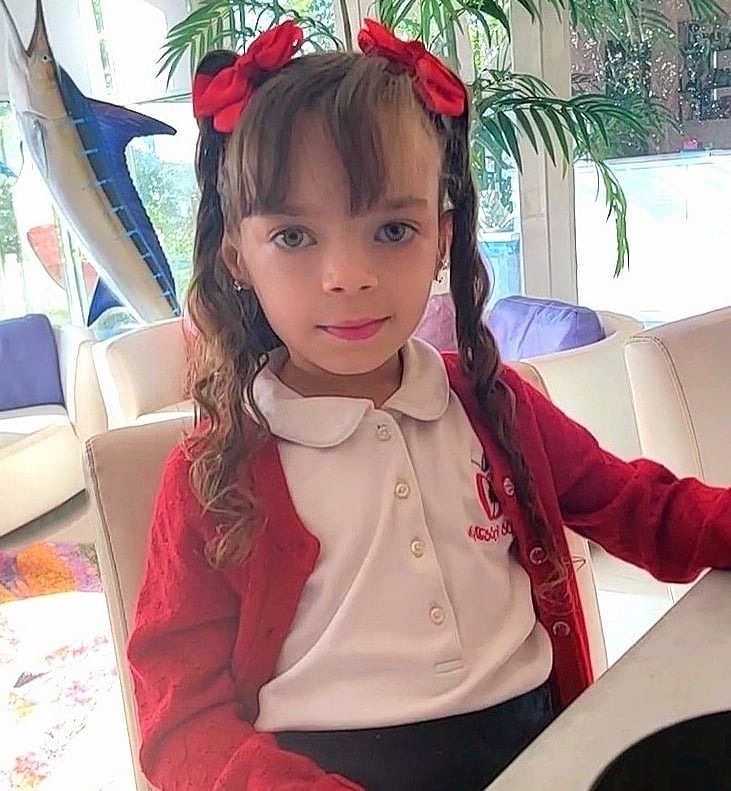 Chanel Nicole was present with her mom during Coco’s response to the mommy shamers. The little one affirmed that she enjoyed nursing sessions with her mom at 5-years-old.

Even with Coco and Ice-T agreeing that breastfeeding works for their daughter, there are some who still suggest Austin move away from the practice. “It’s definitely time to stop,” one fan said of Coco breastfeeding her daughter after seeing the recent candid of Chanel showing off her acrylic nails. “She’s getting too old for that,” the social media follower exclaimed. 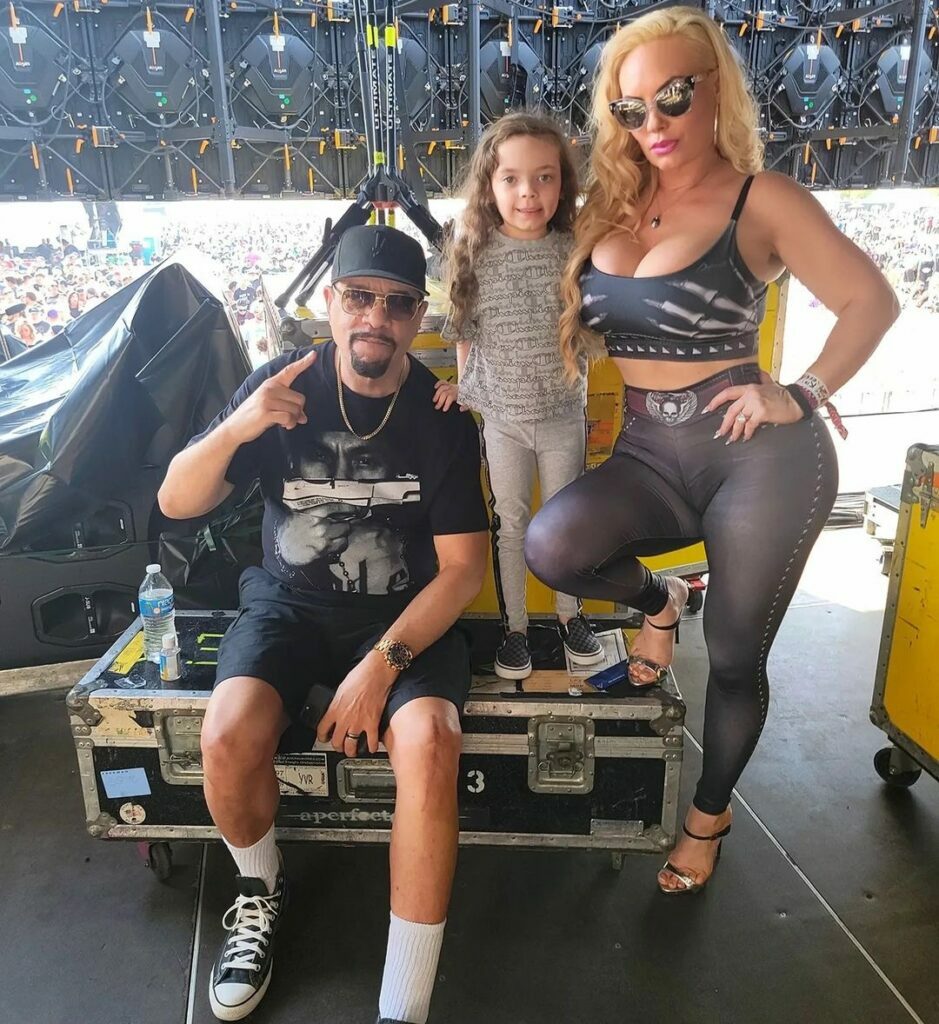 Another fan agreed saying, “I completely agree but you can see there are a lot who think the opposite. I don’t get it. Six [years old] is just way too old for that.”

Chanel Nicole is Coco Austin and Ice-T’s only child together.