EXCLUSIVE: THAT GIRL LAY LAY DISHES ON HER NEW SHOW AHEAD OF SERIES PREMIERE 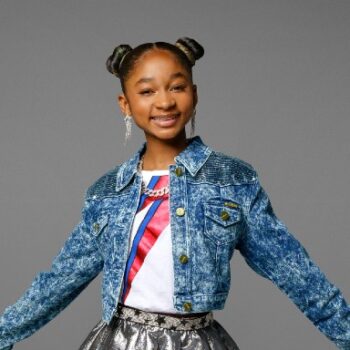 Alaya “That Girl Lay Lay” High is truly one budding entrepreneur that has just begun to ascend up the ladder of success in #younghollywood. The talented rapper is about to embark upon a new adventure…actress and we cannot wait. That Girl Lay Lay sat down to dish exclusively with BCKOnline ahead of her new series premiere and you won’t want to miss what she had to say about her new Nickelodeon project and much much more.

Best Home Sauna To Stay Warm All Wint…
15 Insanely Perfect Backpacks For Tee…
Smart Tips on How to Get More Likes o…
How to Tell if You Have Bed Bugs?
The Keys to Business Success | 20-Poi…

BCKOnline: Lay Lay, you’ve transitioned into acting. Tell us about your upcoming show and the character that you play on the show.

That Girl Lay Lay: I play Lay Lay in That Girl Lay Lay. The show is basically about me being an avatar in Sadie’s home who comes to life because Sadie wishes on a star. I’m her friend who gives her positive affirmation and I boost her confidence. I’m basically her only friend. So, I come out of the phone to really be there for her, to be her real friend. We have to hide from everybody that I come out of the phone. I can’t freeze time. And that I can’t turn invisible because I can, but I can’t tell them that. Her parents don’t know where I came from, they think I’m just an exchange student who needs parents. It’s just me and Sadie. And I’m always getting Sadie into some type of trouble. We are always into something. In every episode, we are always into something.

BCKOnline: How would you say that you are different or alike from the character that you play on the show?

That Girl Lay Lay: I’m not different at all.

BCKOnline: You rose to fame as a rap star. Tell us how you got started with that.

That Girl Lay Lay: I started off when I was maybe four or five, actually, it was like really three. But, to be honest, it was like four or five when I first really, really got into it. My dad is an artist as well. I would always go to the studio with him when he would rap. I sort of picked up on it. He never really thought I was paying attention. He never thought I was listening, but I was. So, when I got older, I started freestyling. And one day I just was like, ‘Hey, Dad, I’ve wrote a freestyle and I want you to record me, and then I want to post it.’ He very hesitant on posting and he didn’t want to post it because social media can be cruel. He didn’t want me to get into that industry. He didn’t want me to do any type of thing like that. But when he posted it, it ended up going viral. And I remember that day like nothing. I was at my friend’s house and my phone it was just like going off. It was buzzing buzz buzz, buzz, buzz, buzz buzz, and I was so confused on why. And I found out that Complex posted it, The Shade Room posted it, Fifty Cent posted it, it was everywhere. So, from me rapping in a car in Atlanta to me having my own TV show in LA, it was a big step.

BCKOnline: How has it been transitioning from rapping to acting?

That Girl Lay Lay: Very different. It was very different. Not too different, but I would say it’s not the same when it comes to me learning a song and then going to the studio and recording it, than when it comes to me trying to learn this 45-page script and get it down for Thursday when we film and it’s Monday. That’s the difficult part of it, trying to memorize the words, but actually, it was not that hard for me to get them down. I guess it wasn’t hard because since I was rapping I would always like to memorize lyrics for tour and for everything else. So, me going into the acting world and having to memorize the lines for the script, it wasn’t difficult. I would read it like a book and it would already go in my head. So, it wasn’t difficult at all.

BCKOnline: Do you have to take any acting classes?

That Girl Lay Lay: I was taking acting classes in the beginning because I always wanted to do acting, but when I did auditions, I wouldn’t get them, so, I got discouraged. I want to stop and I just want to focus on rapping. I was like maybe acting is not for me, what is for me, will come to me. But, I got my own TV show and I didn’t have to audition for it, I guess that the timing just has to be right. In the end, I now I have my own TV show. And what’s so funny is, a TV show I auditioned for was right next to the set of my own TV show.

BCKOnline: How has it been working with your other castmates?

BCKOnline: How has it been working with the ongoing pandemic?

That Girl Lay Lay: A little tough for the show. It definitely took us longer to finish than I expected. But, it wasn’t that difficult because I loved being in like my room and doing school. You know, rather than being in a classroom, I like it. I like to be in my room because I’m in my own environment. And it’s so easy.

BCKOnline: Do you have any advice for your fans who want to follow in your footsteps?

That Girl Lay Lay: Make sure that’s something that you really want to do. Stay positive. Don’t let anybody bring you down. Really believe in what you want to do, manifest it. Manifest everything. Everything that I have today, I manifested it all. I wrote it down on a piece of paper, I burned it, I throw it up in the air on a full moon, everything.

BCKOnline: So, what’s next for you? We know that you have some new music out, correct?

That Girl Lay Lay: Yes, I have new music coming out in, 2022. I have a tour coming soon in October, that’s new for me and just music and tour, movies and TV shows.

BCKOnline: Let’s do some fun questions…let’s start by asking how old you are for those who don’t know?

That Girl Lay Lay: Yes, I am homeschooled. I do want to go back to school, but I can’t right now, maybe in my junior year.

BCKOnline: What is your favorite subject in school?

BCKOnline: Do you have a favorite color?

That Girl Lay Lay: Yes, my favorite color is blue. Blue calms my anxiety down and calms me down.

BCKOnline: What are your future plans?

That Girl Lay Lay: Everything that I wanted to do in my future, I am doing now. As for my future older self, well I plan to retire at 21.

BCKOnline: What can our readers find you online?

That Girl Lay Lay: You can find me on Instagram @thatgirllaylay

Make sure that you tune-in tonight to catch, That Girl Lay Lay on Nickelodeon! If you are like us, we know that you cannot wait to see the adventures of Lay Lay, Sadie, and the entire cast!

The post EXCLUSIVE: THAT GIRL LAY LAY DISHES ON HER NEW SHOW AHEAD OF SERIES PREMIERE appeared first on BCK Online.

This post first appeared on Black Celebrity Gossip, please read the originial post: here
People also like
Best Home Sauna To Stay Warm All Winter
15 Insanely Perfect Backpacks For Teen Boys
Smart Tips on How to Get More Likes on Your Instagram Posts
How to Tell if You Have Bed Bugs?
The Keys to Business Success | 20-Point Exhaustive Checklist
Kenny Wayne Shepherd Band Releases Second Single “Diamonds & Gold”
Anosognosia: The Denial of Disease
Sex on Your Period – Reasons to Do It

EXCLUSIVE: THAT GIRL LAY LAY DISHES ON HER NEW SHOW AHEAD OF SERIES PREMIERE