My heart felt like an engine about to knock!

There was this other terrible night I cannot forget in a hurry… From around 11pm I was in great  discomfort. My heartbeats were irregular and my heart felt like an engine that would knock any moment. My whole body was vibrating with every beat. My nose and mouth were making so much noise. I was getting weaker and more tired as I was not inhaling enough air into my lungs. I used inhaler… to no avail… took Asthma tablets, they didn’t work. I was thinking, “maybe the end had eventually come”! I was just praying in my heart for God to intervene.

Cabbage Production Guide
How Do You Get Bed Bugs?
WHAT IS BUSINESS COACHING?
A Ratched venimos por Sarah Paulson y…
Sex on Your Period – Reasons to Do It

I was helpless. And my husband just sat there watching, not knowing what to do. Who would we have called upon in that ungodly hour? I had no strength at all. Our situation was made worse because the only surviving car that could rush me to Hospital broke down earlier that week!

Then, I remembered a therapy portion i read some a herd, and two trusted alternative medicine people swore to it…even then,  I had not worked up the nerves to try it…but, at this point, i had to do something drastic to survive…so, I took the cup beside me, urinated inside and drank!!!  That was my last resort. Didn’t know when I dozed off!

I had no strength at all….then, I took the cup beside me, urinated inside and drank!!!

By 6a.m when I opened my eyes, I felt a lot better. An hour after when my husband helped me into my dress, my breathing was normal. We were not going to wait again. But nobody, except my husband, would believe I had such a traumatic night. We went straight to the Teaching Hospital. At about 12noon, I was in front of the specialist I met at the private hospital, (that travelled abroad for his vacation) some months back! Of course, he recognised me immediately. 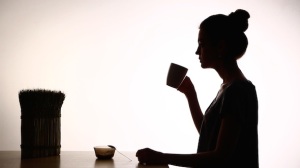 I gave him the result of the test I just did that confirmed I had hyperthyroidism. “Oh! You have been diagnosed  eventually”. That was all he could say.  He put me on Carbimazole again. And assured me that all would be well, that I should stick with him and not run away again!

“Oh! What happened?” I asked myself. If the specialist was the right person to treat my condition, why was the Thyroid function test he sent me to do negative? Perhaps, he could have sent me to another laboratory to do another test.  Well, I concluded that perhaps it was not destined to be so….

Fluctuating between Hyper- and Hypothyroidism

At the teaching hospital I met a lot of people with the condition. But Hypothyroidism was more common. I found out I was not alone though. I was getting my groove back. I started adding weight. Then the hospital embarked on an industrial action! There was nobody to advise me on when and how to increase/reduce the dosage (titration, they call it), as we had done over the months. I then fluctuated between Hypo- and Hyperthyroidism. I started feeling the Symptoms of both at intervals. Hmm!

So… another brick wall… the strike went on for quite some time. Then my health started deteriorating again… Sometimes, I would feel hot and cold at the same time. I became very sensitive to sounds. I was frustrated, and very irritable. Many a time, I would enter the bathroom to cry… there were a lot of struggles going on in my body….I felt myself right at the brink of losing it… 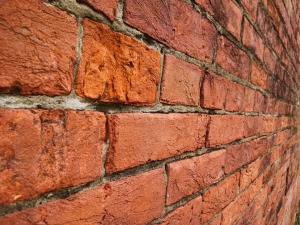 Thereafter, I went back to the family hospital and stayed put. There was this young and zealous doctor who showed interest in my case. Anytime I had issues, I went to him directly. He would put me on some new “exotic” medication (of course, more expensive), and some of them had adverse effects on me. Oh! God I suffered…!

One day, as I was about entering his office, the senior doctor asked why I was always seeing his younger colleague. That I should not let him ‘turn you into a guinea pig’. I guessed instantly that he must have gone through my file and seen some things. So, he said, ‘I am referring you to a General Practitioner I trust’.

Off, he sent me to Dr. Akingbade of Veritas Clinics (of recent blessed memory). Though advanced in age, he was a breath of fresh air…for me…a gift from God. Dr. Akingbade made sure  he brought all the symptoms under control (high blood pressure, breathlessness, diarrhea, sleeplessness, palpitations, tremors, indigestion…).  He made me realise that some foods were aggravating the symptoms! When he was satisfied that I was stable, he referred me to a notable Endocrinologist in Ibadan, Oyo state…!

That’s another leg in my painful journey to overcome thyroidism and its numerous symptoms!

(Do you have any story? Care to share, or simply comment… kindly submit below). Thank you for being a part of this.

This post first appeared on Reach Out!, please read the originial post: here
People also like
Cabbage Production Guide
How Do You Get Bed Bugs?
WHAT IS BUSINESS COACHING?
A Ratched venimos por Sarah Paulson y por ella nos quedamos
Sex on Your Period – Reasons to Do It