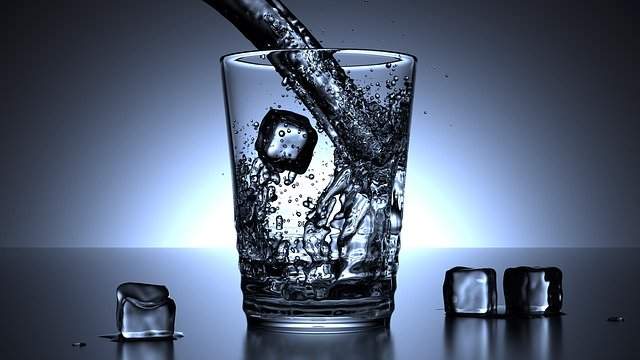 Abstract – The article is to enlighten the intake of the proper amount of water is how important and what happens if overconsumed.

Water, the elixir of life, a very important part of life without it you can’t imagine a day. Right?

You must be thinking how can a person ask such a stupid question. Right?

And since childhood, we have been asked to drink water and be hydrated. Right?

You must be heard our elders saying in past anything excess always harms.

So, do you know overconsuming water also harms?

You must be thinking how. So, here I am to throw some light on this.

What happens if you drink too much water?

Drinking too much water will cause water intoxication and other severe health problems.

What are A signs that you are drinking too much water?

What can cause water intoxication?

Water intoxication is rare. However, this situation can happen, many medical reports indicate that excessive drinking can cause death.

People who participate in sports activities or weight training, or suffer from various mental illnesses commonly suffer from water intoxication.

If a person drinks a lot of water without properly accounting for electrolyte losses, this can happen.

According to the authors of one survey, 13 percent of 488 runners in the 2002 Boston Marathon had hyponatremia symptoms, and 0.06 percent had critical hyponatremia, identified as sodium levels below 120 mmol/l.

One incident involved a runner who fainted after running a marathon.

Not just soldiers, this happens in military training too.

According to one medical source, 17 soldiers experienced hyponatremia as a result of consuming too much water during training. The sodium levels in their blood ranged from 115 to 130 mmol/l, while the normal range is 135 to 145 mmol/l.

Three soldiers died of hyponatremia and cerebral edema, according to another study. These deaths were linked to consuming more than 5 liters of water in a short period.

Hyponatremia symptoms can be confused with dehydration symptoms. According to one study, a soldier died of water intoxication as a result of rehydration attempts after receiving an erroneous diagnosis of dehydration and heatstroke.

Psychogenic polydipsia, or compulsive water consumption, is a sign of a variety of psychiatric illnesses.

So, the elixir of life can turn into poison too if dehydrated or overhydrated.

One must have the right amount of water and if in case you feel something is wrong make sure you follow the above points or consult a doctor.

Take good care of yourself and your loved ones.

The post An Elixir Of Life Can Even Harm If Overconsumed first appeared on Articles Reader.


This post first appeared on Articles Reader, please read the originial post: here
People also like
How to Get Rid of Ants
Philippine government pressed to put policies to bring GM crops like Vitamin A-rich rice to help solve worsening global hunger, malnutrition
Short Happiness Quotes From Famous and Unknown People
“The Friend Who May Not Seem a Friend”: The Cat and the Fire, Part 1 of 3
How to Get a Girl to Have Sex With You: 5 Tips
పులిపిర్లు ఎటువంటి నొప్పి లేకుండా వెంటనే రాలిపోవాలంటే/remove Skin tags naturally
Death Wish Coffee Review – Strong Coffee With Unique Taste
3 Easy Ways To Shop For Safe Clean Beauty Products
THE IMPORTANCE OF COMPLIANCE DURING AND AFTER THE COVID-19 PANDEMIC
Are Press Releases Dead? 6 Tips to Rethink Your Approach