Dec. 5, 2016 – Northrop Grumman Corporation has been awarded a contract by the Royal Netherlands Air Force (RNLAF) to upgrade the AN/ALQ-131 electronic countermeasure (ECM) pods for its F-16 aircraft fleet. 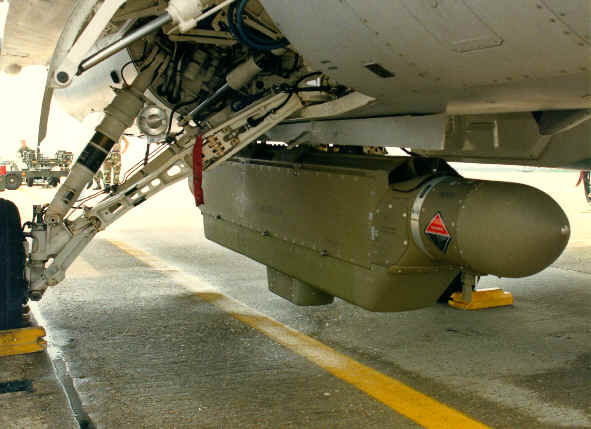 The Upgrade includes new threat detection and jamming capabilities to allow aircraft to operate safely in the modern threat environment.
Air defense capabilities in hostile and unstable regions have grown rapidly in sophistication in recent years, presenting an increased threat to military aviation. Northrop Grumman’s Digital Receiver/Exciter adds fifth-generation aircraft electronic warfare technology to the AN/ALQ-131, providing the flexibility to remain ahead of emerging threats.
“The digital technology in the AN/ALQ-131 upgrade provides a significant leap in capability for electronic countermeasures, giving RNLAF aviators a superior level of protection wherever their missions take them,” said Dr. Robert Fleming, vice president, programs, Northrop Grumman.
Currently operational in the United States and 11 other countries, the AN/ALQ-131 pod is one of the most successful ECM systems ever built. The company has more than 60 years of experience in electronic warfare protecting a variety of aircraft and aircrews, including A-10, B-1, B-52, C-130, F-15, F-16, F/A-18 and F-35.