The unexpected Alan Thicke death has shocked the entertainment industry,most especially his friends and son who were with him Playing Hockey moments before he died.To give you an extent to how so unexpected and shocking,check this out.The growing pains actor's friends had kept on playing after his mild heart attack,because when he was being stretchered away,he seemed so fine that he even joked with his teenage son Carter, to take a picture of him.He then assured his friends that he was okay.
But moments later after arriving at the at Providence St. Joseph Medical Center ,California,the how i
met your mother sitcom actor was dead!

It just shows how feeble life can be.One second he was joking around with Carter,asking him to take a photo cos he found the whole thing funny.He even asked him to make sure he captured the ice rink in the background.All this just few moments after he had been enjoying himself playing hockey with friends.
The 69 year old and father of famous pop star Robin,was also the Tv father to popular actor Leonardo DiCaprio who is said to have been devastated by his sudden death as one would expect.

Details of his last moments were of him joking and throwing one liners even at the hospital.But by this time he was vomiting,even though he was said to be coherent. 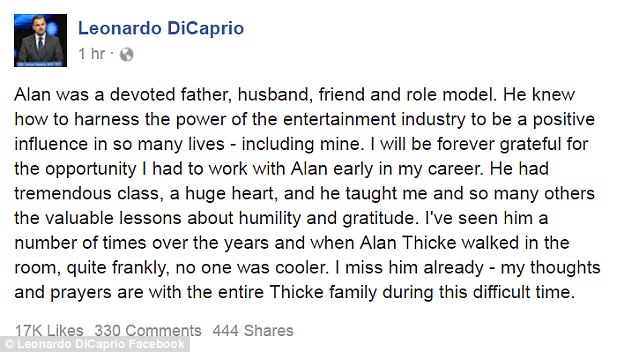 Alan once had a close shave to death in 2003, when he received 30 stitches and lost five teeth after he was struck by a puck while practicing for a celebrity fundraising hockey game.
'I won't be playing any leading men roles in the next couple of months,' he joked after the accident

The well loved actor was a Canadian-born TV host, writer, composer and actor well-known in his homeland before finding fame and greater success in the United States, most notably with the ABC series 'Growing Pains.'
He was later nominated for three Emmy Awards for his work in the late 1970s as a writer for Barry Manilow's talk show, and later for a satirical take on the genre in the variety show 'America 2-Night.'

It’s Me – Chapter 4
Things You Should Stop Worrying About…
Top 10 Sites to watch Telugu Movies O…
Crunchyroll – How to Watch Anime Onli…
Interview with the legendary comic bo…
He composed several popular theme songs, including the original theme for 'The Wheel of Fortune' and other shows including 'The Facts of Life' and 'Diff'rent Strokes.' Different strokes in particular was a favourite of mine as i sang that theme song many times as a kid growing up.

His Son Robin Thicke,also found global fame as a pop star and is one of the biggest music stars in the world today.
He was married three times. 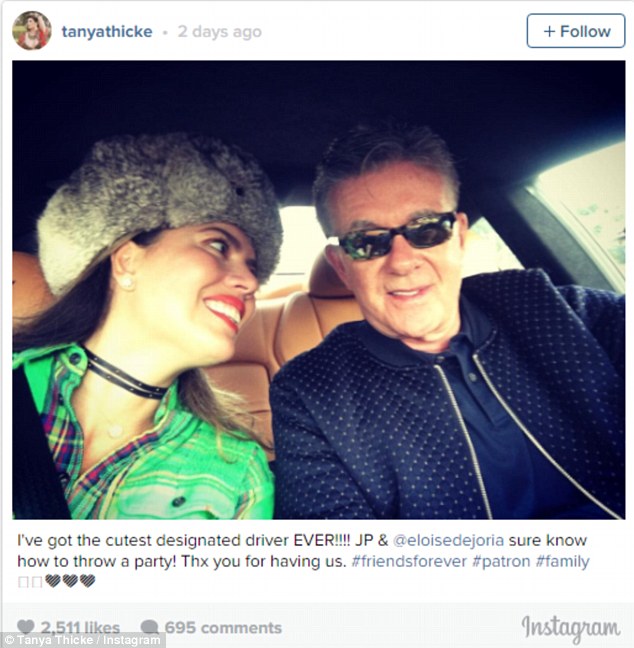 His current wife Tanya posted a heart breaking picture taken together only 48 hours ago on instagram.It read:
'I've got the cutest designated driver EVER!!!!' she wrote as they made their way to Patron tequila founder John Paul DeJoria's soiree.