Kirk Douglass at 100 is stuff dreams are made of.This man has had a stroke and also was in a bad air accident but still kicking strong?How old is he now?Who's laughing last?Wow!Funnily i was watching a show which said some people were actually googling "has Kirk Douglas died"?Where have they been?Haven't they been reading the news or watching the Tv?Sorry folks, Spartacus is very much alive and he ain't going nowhere too soon,well,that's what he said.And who's gonna argue with Spartacus?Not me.
The 1.75m(5ft 9) tall legend is also lucky to still have his Wife Anne Buydens who he married in 1954 still by his side.

Bitcoin Optimism: A New Survey Claims…
Four Things Jesus Says About a Discip…
Best Story-Rich Games on PC: November…
Afraid or not, life still marches for…
Royal Palace Rugs
The only problem though of living till the age of 100 ,is you have no friends.All your friends are dead
or somewhere where they can't remember who they are.Luckily,he does very well know where he is and whom he is. 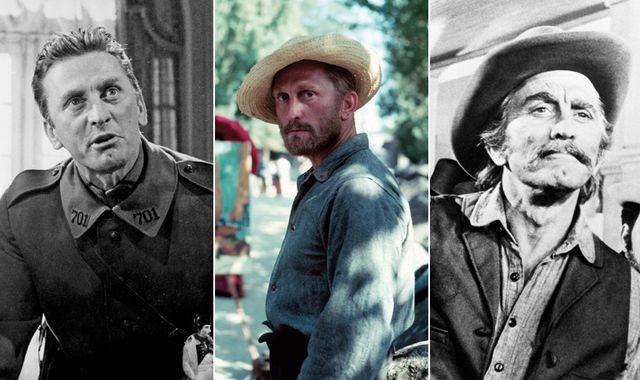 As he admitted in a recent interview:
He told Variety magazine that that he feels “lonely” having watched all his friends die before him.
“I am now 100 years old. I read about Hollywood, and I don’t know the people. Where is Burt [Lancaster]? Where is Laurence Olivier? They’re all gone. I miss them. I feel lonely,” he said.
He said he doesn’t know who any of the stars in Hollywood are these days, obviously with the exception of his son, Michael, and daughter-in-law Catherine Zeta-Jones.
To improve his prospects as an actor, he graduated from university in 1939 followed by film school in 1941.
Five years later his debut role in The Strange Love of Martha Ivers (1946) was started to a career which has seen him star in more than 90 television and films.
He has said his favourite acting roles were in Ace in the Hole (1951), The Bad and the Beautiful (1952), Act of Love (1953), 20,000 Leagues Under the Sea (1954) and Spartacus (1960) among others.
In an attempt to resurrect his faltering Broadway career Kirk bought the rights to Kasey’s book One Flew Over the Cuckoo Nest in 1963 and had it rewritten for the stage.
Although the play was not a smash hit, his passion for Broadway kept the show running for six months.
Kirk Doiglas would consider himself lucky to make his 100th birthday after a few near-death experiences.
His wife dissuaded him from getting on the flight in 1958 that killed Mike Todd, Elizabeth Taylor’s husband, while in 1991 he was in a helicopter that collided with a private plane, killing two people.
Despite his success as a Hollywood movie star, his passion was for the immediacy of theatre.
“On the stage, you give something to the audience, more comes back” he recently wrote before condemning the camera as a “cyclops” that leaves him feeling empty.
Nevertheless, it was that “cyclops” that made him a household name during the golden era of classic Hollywood films.
He last acted in the 2008 movie Empire State Building Murders.
He has been married twice and has four children including eldest Son Michael, a leading Hollywood star.
In 2003, three-generations of the Douglas family appeared in the film, It Runs in the Family, which included son, Michael, and grandson, Cameron. his first wife Diana, mother of Michael, also stars in the film.