Magu calls for common consensus in tackling corruption in Africa 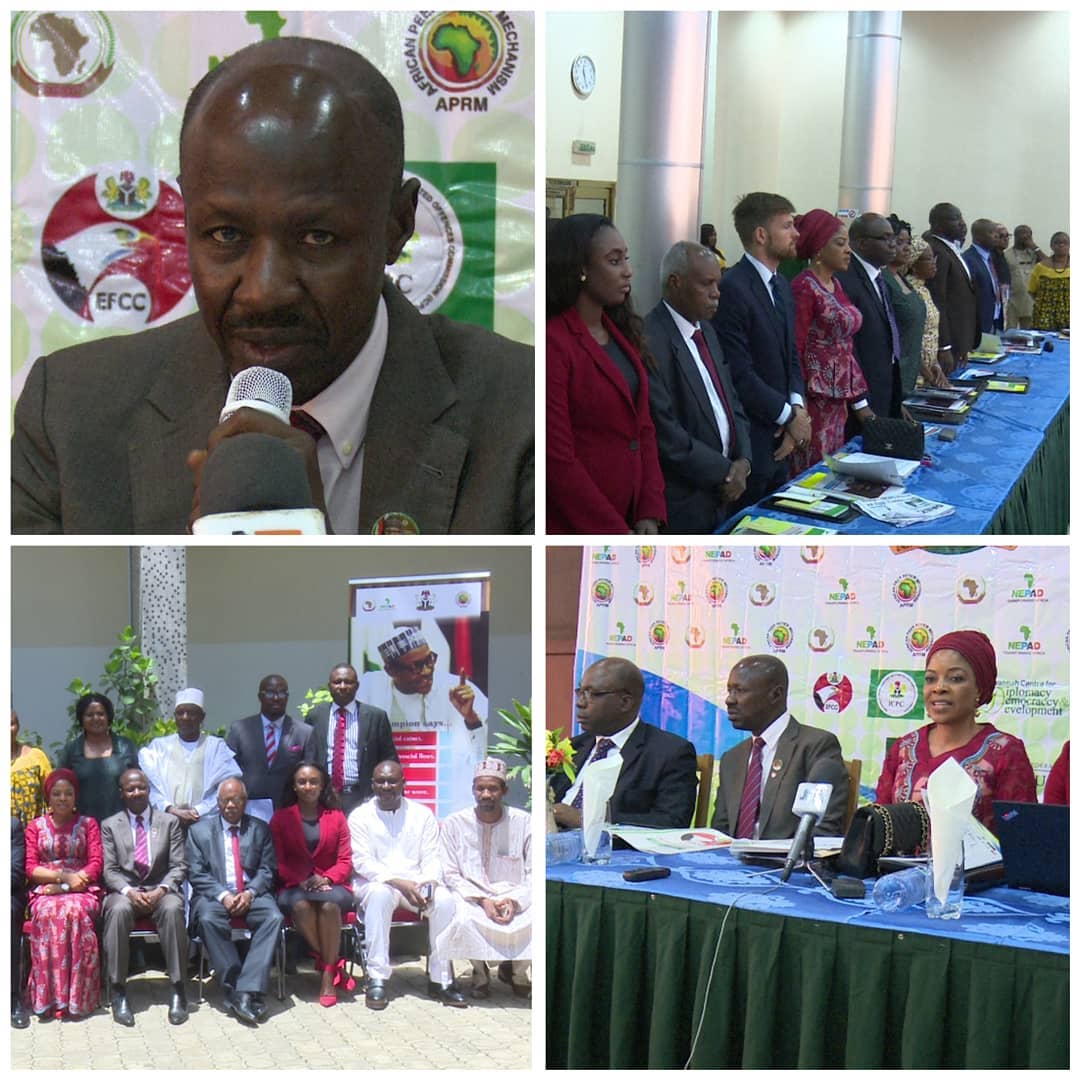 Acting Chairman of the Economic and Financial Crimes Commission, EFCC, Ibrahim Magu, has called on African countries to have a common resolve in tackling corruption noting that, most of the problems confronting the continent were directly or indirectly linked to the monster.

“It is quite clear that most of the problems confronting Africa are directly or indirectly linked to corruption, it is therefore imperative that countries must close ranks to defeat this monster”, he said.

He implored the delegation to “look at the leakages affecting our economies regarding illicit financial flows” stressing that the meeting should “serve as an avenue for stock taking on the progress Africa has made or is taking, on various anti-corruption fronts, particularly in tracking and checking illicit financial flows in line with Africa's vision to develop a common strategy for asset recovery”.

The EFCC boss also charged African countries to come up with proposals to reassure the world that returned stolen assets would be accounted for, as it would go a long way in engendering the much needed support and cooperation of other countries.

He also assured the meeting of Nigeria's zeal to fight corruption adding that, the “Buhari-led administration is determined to ensure that those who steal our common patrimony are punished, if nothing else to serve as deterrent to others”.

According to him, the EFCC has secured over 603 convictions in the last three years

“We must empower our anti-corruption agencies to discharge their responsibilities while insulating them from any form of interference”, he added. .

The anti-graft czar also underlined the role of the judiciary to the success of the corruption fight.

Magu calls for common consensus in tackling corruption in Africa