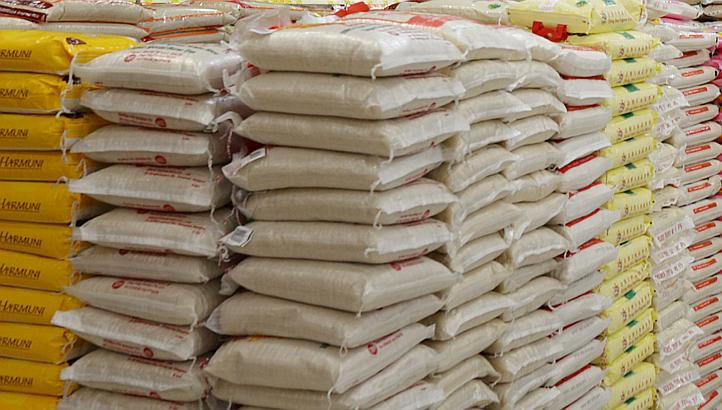 The Nigeria Customs Service (NCS), on Monday donated a total of 10,653 (50Kg) bags of rice and other relief materials to the Uhogua Internally Displaced Persons (IDPs) camp in Benin.

The Chairman, National Logistics Committee (NLC), Assistant Comptroller-General of Customs, Mr. Abdulkadir Azarema, said this while donating the items to the IDPs in Benin.

According to Azarema, the NCS has been discharging the presidential directive since February 2016.

“I am, therefore, happy to announce that we are here for the fifth phase to hand over the following items.

“Others are 5,822 cartoons of small lucozade boost drink, 993 cartoons of Eva soap, 4 cartoons of liquid soap, 11 cartoons of solid soap, 329 bales of second hand clothing and 2,159 pairs of shoes.

“We urge camp officials to ensure judicious use of these relief materials for all the affected people,” Azarema said.

He explained that the committee had as members NCS, the Army, Police, Civil Defense, FRSC, NAFDAC, NTA and NAN.

Governor Godwin Obaseki of Edo, thanked President Buhari for the kind gesture towards victims of insurgency in the country.

Obaseki said the State Government would ensure that the donated materials were given to the Intended beneficiaries.


The Coordinator of the Camp, Mr. Solomon Folorunsho, thanked the Federal Government, State Government and NCS for supporting the Uhogua IDPs.

Folorunsho said there were presently 3,000 IDPs in the camp, including children, women and men.

He said some of the children from the camps were in different universities across the country while some were presently preparing for the West African Examination Council (WAEC) examination.

Folorunsho said, “We know that the responsibilities in your hands are not easy because you have thousands of people that you have to carter for, not only here but all over the Northeast.

“That in the mist of all things you still remembered us, we are very grateful. We want to assure you that in this place we always judiciously use everything that you bring for them (IDPs).

“Our first cardinal point is transparency in this camp, like one of you noticed when you came that they (IDPs) are all growing and I want to say that they are doing very well in school.

“We will make you proud, you are going to begin to see that your efforts here are not in vain,” Folorunsho said.