IGP has taken side in Benue killings, Ortom tells Senate 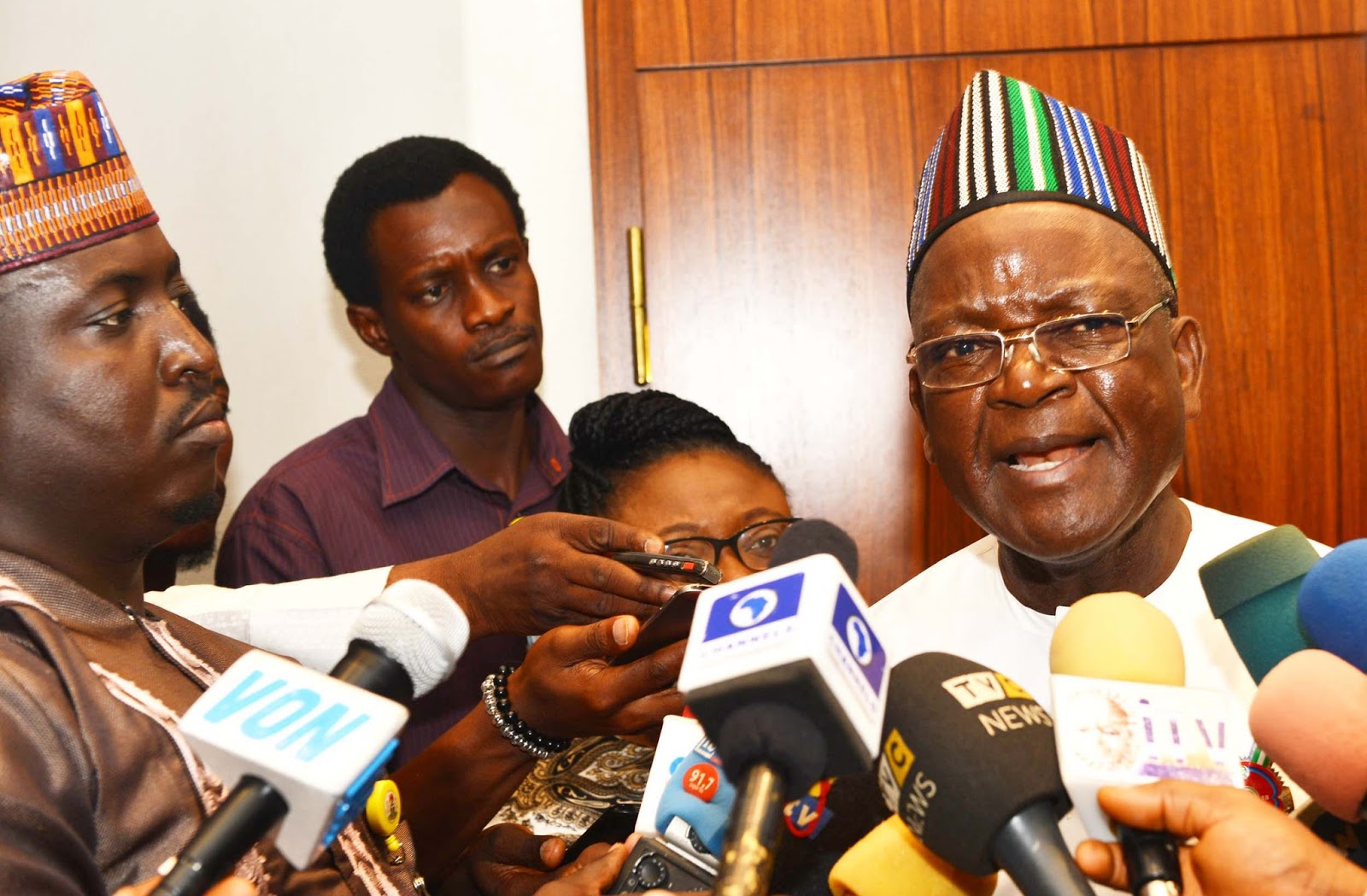 Benue State Governor, Samuel Ortom yesterday accused the Inspector General of Police, Ibrahim Idris of bias in the handling of the herdsmen, farmers crisis in the state.

Ortom who appeared before the Senate Committee on Police Affairs to state his own side on the Benue killings, was said to have presented copies of letters he wrote notifying Vice President Yemi Osinbajo and security agencies of the pending attacks by armed herdsmen in the state.

The meeting was held behind closed doors after the opening speech by Chairman of the committee, Senator Abu Ibrahim.

A source said that Ortom clearly told the committee that the Inspector General of Police, has no business whatsoever in determining whether the anti- open grazing law the state enacted was good or bad.

It was gather that Ortom insisted that the IGP only has the constitutional mandate to uphold and enforce the law as made by the state.

According to the source, “Ortom also presented copies of the letters he wrote to security agencies alerting them of the pending attacks.”

The attack, which was eventually launched on January 1st, 2018 claimed over 73 lives in two communities of Logo and Guma.

The Inspector General of Police had at a meeting with the committee on his level of compliance with the resolution to apprehend the perpetrators of the attacks blamed the implementation of the Anti Open Grazing law for the attacks.

Idris said that by publicly displaying the bodies of the victims of the attacks the governor provoked mayhem and reprisal attacks.

The IGPaccused Ortom of arming Tiv militia and encouraged the proliferation of prohibited small arms and ammunition.

Ortom, who appeared before the committee yesterday, expressed a vote of no confidence on Idris, who he accused of taking sides in the crises.

The source said, “The governor presented copies of the letter to the VP, and to security agencies. He also told the committee that he personally met with the President after he returned to brief him on the impending threat,

“The Governor’s position is that there is complicity against Benue state in high places, particularly when considering that no action was taken to avert the attacks, and comments credited to the IGP, and the Minister of Defence, Mansur Dan-Ali, He said that Tiv people are also being attacked in Nassarawa state.”

The source added that the governor told the committee that “In the first place, the IG has no business pronouncing a law as good or bad, his job is to implement the law. He said it was communal crises, not so? But policemen are also being killed by the herders, do the policemen and civil defence men who were murdered have communal issues with the herders? He has taken sides, his men are being killed and he is not saying anything.”

The source noted that “The Governor made it clear that he has no confidence in the IG’s ability to provide security. He stayed in Benue for just one day contrary to the orders given to him by the President to relocate to the state.”

According to the source, the Governor chronicled the developments which led to the enactment of the law, particularly the Agatu killings which claimed hundreds of lives.

“The latest crises have left the state with about 160,000 refugees in nine camps, and several communities are still occupied by armed herdsmen. These are the things he made clear to the committee,” the governor was quoted to have told the committee.

The Senate rejected the reported submitted by the Senate Committee on Police Affairs and insisted that the committee must get the perspective of the Benue State Governor, Samuel Ortom.

Chairman of the committee, Senator Abu Ibrahim noted in his opening address that the invitation of Ortom to address the committee became necessary in order to get his perspective on the submission of the Inspector General of Police, Ibrahim Idris to the committee.

Ibrahim said that there was no basis for the insinuation in some quarters that the committee was bias against or for anybody since the clear mandate of the committee was to find last solution to the lingering clashes and loss of lives and property.

He insisted that the committee was committed to justice, fair play and maintaining the rule of law.

He urged the governor to feel free in addressing the committee as members has no position on the matter but only to find ways and means to address the situation in the interest of the country and Benue State in particular.


This post first appeared on Chrisblend, please read the originial post: here
People also like
How to Make the Most of Your Clinical Physician Job…
The Future of Cryptocurrency in India
Finding Medical Cannabis in South Dakota
Hazarat Ali’s Birthday in India – Date, History, Importance & Celebration
How and Why America Was Hit So Hard By COVID-19

IGP has taken side in Benue killings, Ortom tells Senate