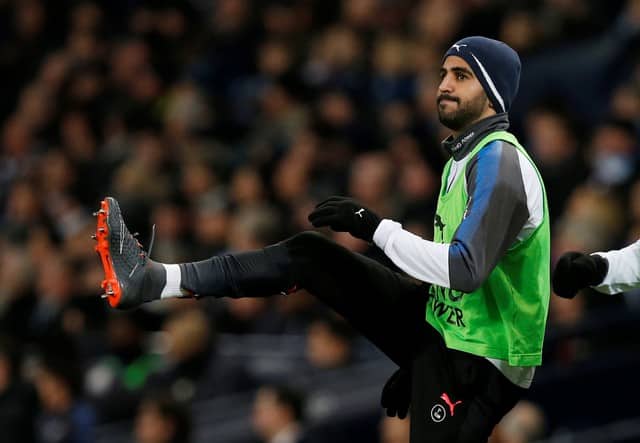 Leicester City manager Claude Puel believes winger Riyad Mahrez’s 10-day standoff with the Premier League club was a mistake and is eager for everyone to move on from the incident.

Mahrez returned to training on Friday for the first time since handing in a transfer request last month with local media reports saying the 26-year-old was absent as he was ‘depressed’ following a failed move to Manchester City.

The Algeria international missed two games and six training sessions after Leicester rejected the bid but returned to action in Saturday’s 5-1 defeat by league leaders City.

“I think since the beginning of the situation it was tough to manage, but all the time we kept united about this situation and about Riyad,” Puel was quoted as saying by the Leicester Mercury. “That was the most important thing.

“Sometimes some players can make a mistake. It was the first time for him and it was a mistake but the most important thing is to look forward and put it right.

“He is fantastic player for us, his team-mates and the fans. It is a pleasure to watch him… It is important we continue together.”

Mahrez hit out at “untrue assumptions” in a statement ahead of his return, shredding further doubt on the exact reasons for the playmaker’s absence but Puel was tight-lipped on the matter.

“Everything will stay within the club, remain between me, Riyad, the club and the players,” Puel added. “I think it was important he came back quickly with a good attitude.

“Riyad coming back is a good thing for us and now it is important he has a good focus and concentration about his football.

Leicester have won just one of their last five league games and are eighth in the standings. They play Sheffield United in Friday’s FA Cup fifth-round clash.


This post first appeared on Chrisblend, please read the originial post: here
People also like
64 Awesome Things to Do in Costa Rica, Where to Stay, Know Before You Go
The Friday Roundup – Video Editing Basics and YouTube Tips
Terry Crews Breaks Silence On 'Black Supremacy' Tweets: "It Was A Mistake"
Do brain waves of a dying person show we’re in Heaven?
Curly Beard: 5 Clever & Effective Ways to Straighten It
Why You Should Automate Leave Management At Your Company
How A Dubai-based Multi-Vendor Car Marketplace App, Seez Is Reshaping The Automotive Industry