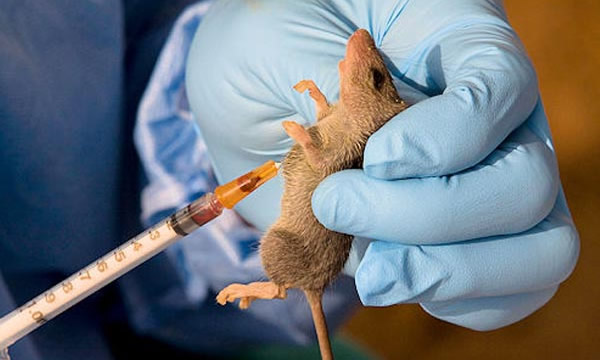 The Ebonyi Government, on Saturday, blamed the Federal Government for its poor response to the Lassa fever outbreak, which was reported in the state since Jan. 14.

Gov. David Umahi, made this disclosure in Abakaliki while receiving Prof. Isaac Adewole, the Minister of Health during his visit to the state to ascertain the situation report of the outbreak.

Umahi, who was represented by his deputy, Dr Kelechi Igwe, said that the minister came to the state after the disease had claimed several lives, especially medical personnel.

“We are not happy over the development and have declared the outbreak of the disease in the state, even if other affected states have not done that.

“We know that accessing money from the Federal Government is not easy but we want the health minister to redouble his efforts to ensure that funds and other logistics are released promptly to check such outbreaks.

He called for the equipping of the south east virology centre, constructed by the State government and handed over to the Federal Government in 2016.

“We thought that the  government should have made the centre operational to make it respond to such outbreaks, as it serves states in South East and neighbouring ones as Benue, Cross River and Akwa Ibom,” he said.

He called on the Federal Government to release a stabilisation fund to enhance the centre’s operations, adding that the state government had bought a dialysis and a PCR machine for greater efficiency of the centre.

“There were four deaths, including two doctors and a nurse and three patients discharged from admissions,” he said.

Adewole, after inspecting the virology, said that the ministry was not informed about the outbreak of the disease on time.

“We reacted accordingly immediately we learnt of the outbreak, as the government’s duty is to support states and we expect them to be in a position to respond accordingly.

“We only come to their rescue when the situation is beyond them because there is a Commissioner of Health on ground; this makes us  offer only additional support.

“We are not supposed to take care of the states’ health care, as I have seen patients and staff at the virology centre, we have noted the gaps and would fill in the gaps accordingly,” he said.

Adewole promised that the Federal Government would provide more facilities to the centre in the coming weeks to ensure that it caters for other diseases beyond Lassa fever.

“We are not happy whenever we lose health personnel to diseases such as Lassa fever, as we expect them to protect themselves and be preventive-minded by viewing related-symptoms cases firstly, as Lassa fever”.


This post first appeared on Chrisblend, please read the originial post: here
People also like
Larkin Poe Headlines 27-City Monster Energy Outbreak Tour
NCAA COVID Protocols: Can’t Play? Forfeit
Résumé Red Flags: Post-Pandemic
Twitter Opens Account Verification Program For Everyone; Here’s How You Can Apply
Why I Chose to Be Vaccinated Against COVID-19
What Is the Worst Credit Score?
How To Get Rid of Ticks in the Yard – 8 Steps