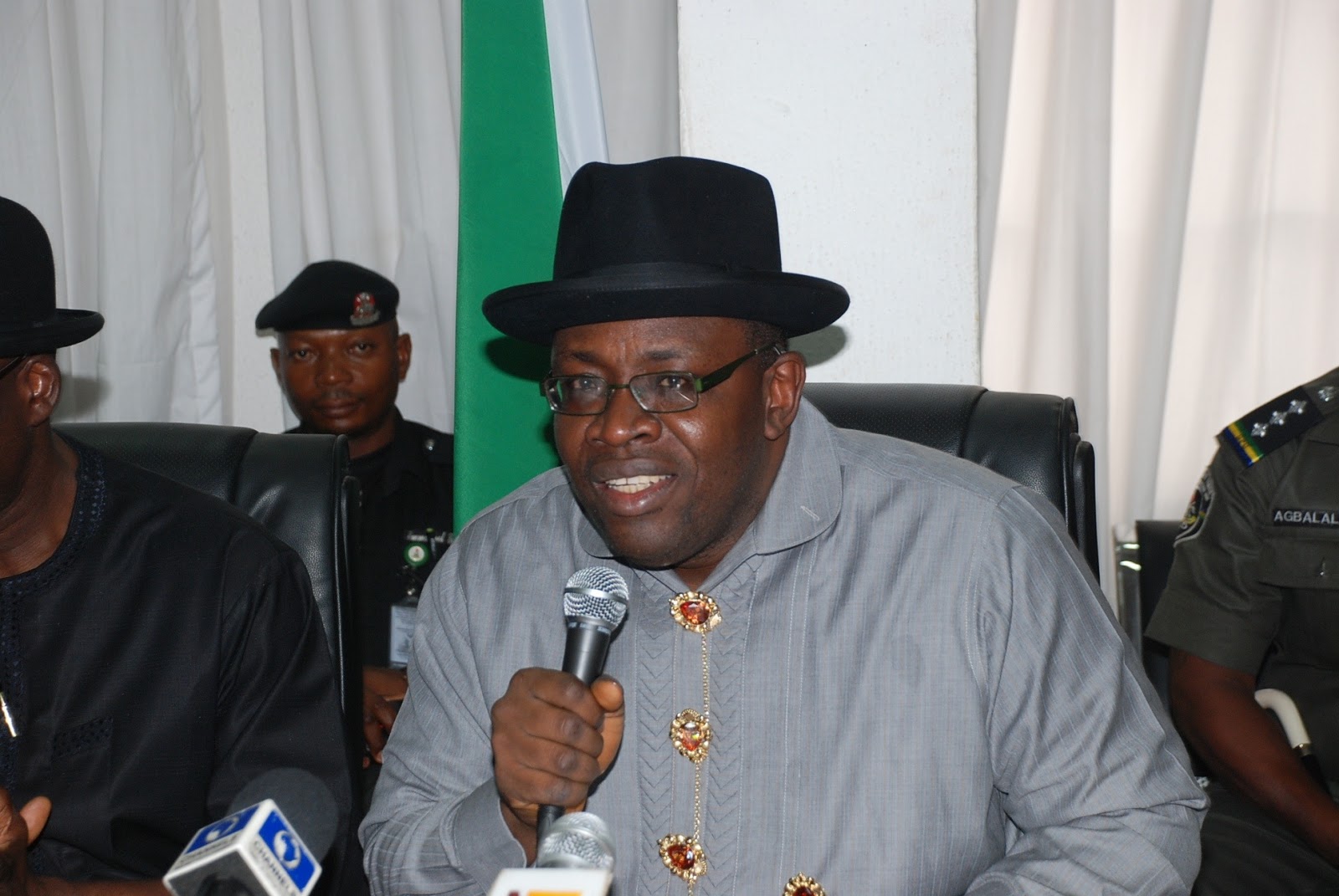 Minister of State for Agriculture Heineken Lokpobiri has said Bayelsa State Governor Seriake Dickson lied against him over sponsorship of militancy and other criminal activities.

He denied sponsoring a warlord, Oyawerikumor Peregbabofa, aka Karaowei, who was arrested and killed by security agencies for beheading a senior intelligence security officer and killing five soldiers.

Speaking at a transparency briefing, Dickson accused the minister of buying arms and ammunition for the slain Karaowei and sponsoring criminal activities.

He said Lokpobiri had done nothing positive with his position and urged President Muhammadu Buhari to call him to order.

Dickson alleged: “The Minister of State, Senator Lokpobiri, is the one who armed and equipped Kareowei who  killed soldiers and subjected innocent communities to hardship.

“The guns he used to kill and other ammunition were supplied by Senator Lokpobri. I have evidence that on  January 2, Kareowei and his cohorts  were in Ekeremor, celebrating with Lokpobiri, and that is the person appointed as a minster of state”.

But Lokpobiri said he never had any relationship with the late militant leader.

He said he was not at his hometown, Ekeremor, at the time Dickson accused him of meeting the warlord.

The minister said: “I was with my kith and kin at Ekeremor from December 31 to January 2 to celebrate the New Year. A football match, wrestling contest and lots of fanfare characterised the celebration. I was, however, bade goodbye by family, relations, friends and well- wishers and left in the morning of January 2.

“The allegation of Governor Dickson is not only false, but also wicked and most ungodly. The same militant even came to threaten me on  New Year’s Eve. He fired shots into the air before leaving.

“I narrated the incident  to one of our respected security officers on my way to Abuja for a meeting with President Muhammadu Buhari at the Presidential Villa on January 3.

“The accusation of purchase of arms and equipment for the militant is a figment of the imagination of  Governor Dickson. I have nothing to do with the militant.

“On my contribution to nation building, as minister of state, Agriculture and Rural Development, my constituency is the entire country. There is no denying the fact that my colleague and I have worked hard to reposition the sector to the admiration of Nigerians.

“Agriculture was reported by the National Bureau of Statistics (NBC) as the highest contributor to GDP last year. The allegation by Governor Dickson that he has not seen anything I have done in my village is, therefore, petty and preposterous.

“The theatrics of Governor Dickson is a dance of the absurd on the misfortunes of the people of Ndoro community in particular and Bayelsa State at large.

“Common sense in good governance dictates that the proper thing to do is to attend to the needs of the displaced persons and do the needful to help them return to their community and rebuild their lives. This is what people of good will do and I expect him to do as a governor.

“Let it be known that the shameful campaign of calumny against me is not an account of stewardship that should be the focus of a transparency briefing.”