Mary J. Blige to get star on Hollywood Walk of Fame 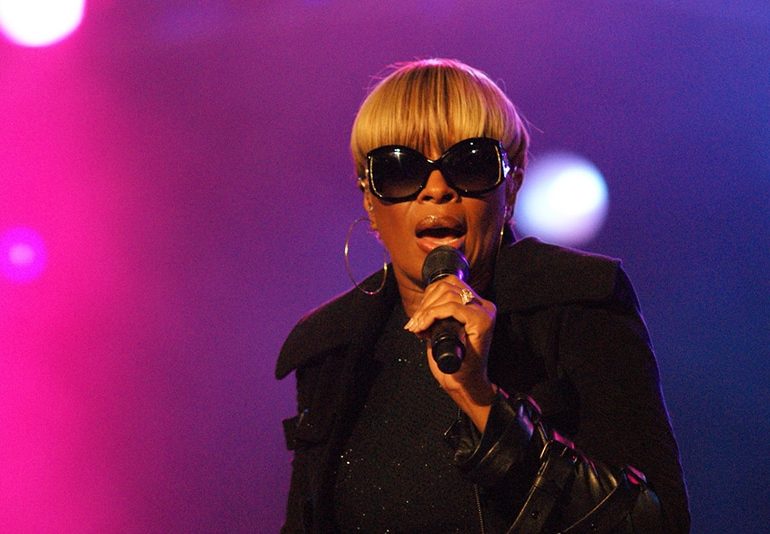 The ‘Be Without You’ hitmaker will be recognised for her influential career in music – which has seen her release 12 studio albums from 1992’s debut ‘What’s the 411’ to her 2017 effort ‘Strength of a Woman’ – during a prestigious ceremony on January 11.

Hip-hop star Diddy – the producer behind her 2003 single ‘Love @ 1st Sight’ – will take part in the unveiling of her star on Hollywood Boulevard, Variety reports.
Ana Martinez, producer of the Walk of Fame ceremonies, said in a statement: “Mary J. Blige is one of the most popular singers of our generation.

“Fans will be thrilled to see her star on the Boulevard as her career milestones are celebrated on this very famous sidewalk.”

The star will reportedly be unveiled in the recording category on the Walk of Fame, although Mary has also appeared on stage and screen in projects like ‘The Jamie Foxx Show’, ‘Prison Song’ and ‘The Exonerated’.

In fact, on January 7 – just four days before her star is unveiled – Mary will be attending the Golden Globes, where her role in ‘Mudbound’ has earned her a nomination for Best Performance by an Actress in a Supporting Role.

The 46-year-old star went make-up free for her role as beleaguered matriarch Florence Jackson in the movie and she recently admitted it wasn’t “easy” for her to dramatically change her appearance.

Speaking as she accepted the Breakthrough Performance Award at the 9th Palm Springs International Film Festival Awards Gala in California on Tuesday (02.01.18), Mary said: “Playing Florence was a heavy experience for me. But I’m so proud to have had the opportunity to walk through this strong woman’s shoes.

“It wasn’t easy at first to find this character because I didn’t realise how vain I was until I had to play a character like Florence.

“Seriously I had to leave a lot of myself behind, a lot of Mary J. Blige behind. A lot of wigs, a lot of lashes, a lot of makeup, a lot of nails, you know the whole thing.”

Mary J. Blige to get star on Hollywood Walk of Fame