Ekiti monarch, five others remanded in prison for murder 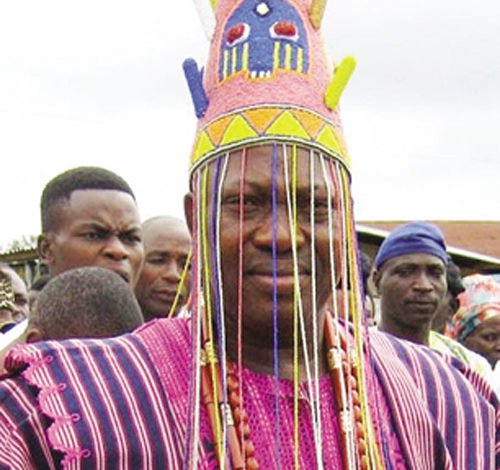 An Ado-Ekiti Chief  Magistrates’ Court on friday ordered that the Olukere of Ikere-Ekiti, Obasoyin Ganiyu, 50, and five other persons be remanded in prison for alleged conspiracy, attempted murder and murder.

The accused were arraigned on a remand order by Ekiti Commissioner of Police, Mr Ibrahim Chafe, who was present in court.

The order form alleged that the accused committed the offences of conspiracy, attempted murder of Ayodele Osanyinbola and murder of Kolade Adefemi.

The offences were said to have been committed within Ado Ekiti Magisterial District on Monday.

Prosecuting Inspector Okunade Johnson urged the court to remand the accused in prison pending receipt of legal advice from Office of Director of Public Prosecution (DPP).

The plea of the accused was not taken. Their counsel, Mr Ademola Adeyemi, pleaded with the court to consider the nature of the case and admit his clients to bail.

The prosecutor, however, opposed the bail application and pleaded with the court to grant the remand order.

Chief Magistrate Adesoji Adegboye refused the bail application and ordered that the suspects be remanded in prison pending issuance of legal advice on the case.

The case was adjourned till January 8.

Ekiti monarch, five others remanded in prison for murder