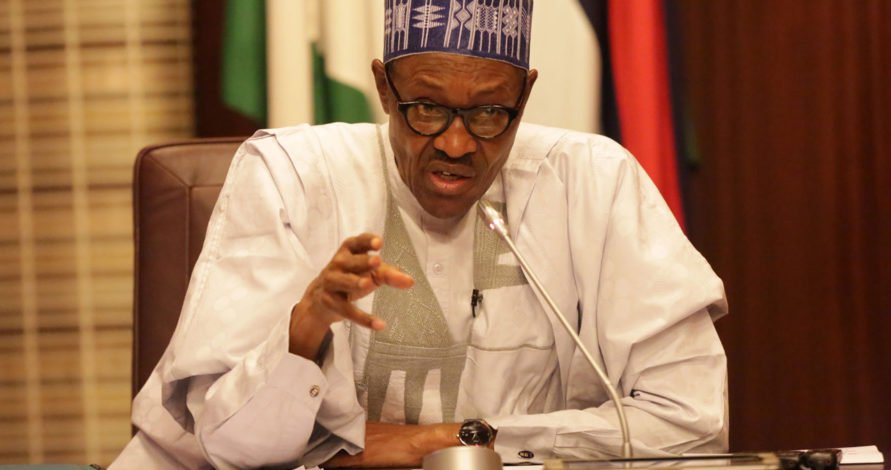 Workers got some cheery news yesterday from the President — the N18,000 Minimum Wage will go up.

President Muhammadu Buhari inaugurated the Tripartite National Minimum Wage Committee, noting that the last minimum wage instrument had expired. He said the government’s move was to ensure a fair and decent living wage for workers.

Labour leaders were excited about the development.

Buhari said: “You are all aware that during the period following the increase in petrol pump price in May 2016, a technical committee was established to examine and make recommendations to government on the measures to be adopted to cushion the envisaged painful effects of the increase on workers and the Nigerian populace at large.”

”During the deliberations of the technical committee, which comprised government and organised labour, the need for the review of the National Minimum Wage was highlighted and recommendation to set up a committee to look into the level of minimum wage was made accordingly. I am glad that the recommendation is being acted upon today and we can all acknowledge that this is in line with our democratic process. I wish to thank all those who participated in that exercise,” he said.

The President stressed that the scope of the membership of the committee showed that it is all encompassing. He hoped that the outcome of its deliberations would be generally acceptable.

Buhari urged the members to consider the National Minimum Wage and all matters that are ancillary to it with thoroughness and concern not only for the welfare of the workforce but the effect on the  economy.

He said: “The subject of a National Minimum Wage for the Federation is within the Exclusive Legislative List of the 1999 Constitution of the Federal Republic of Nigeria (as amended). Accordingly, we should aim to go above the basic Social Protection Floor for all Nigerian workers based on the ability of each tier of government to pay.

”I say this because minimum wage is the minimum amount of compensation an employee must receive for putting in his or her labour and, as such, should be anchored on social justice and equity.

”Government’s decision after considering your final recommendation will be sent as an Executive Bill to the National Assembly for it to undergo appropriate legislative scrutiny before passage into law.

”As is evident by the membership of the committee, state governors and private sector employers are part of this process. This will ensure ease of implementation of a new Minimum Wage nationwide.

”Accordingly, conditions of genuine Social Dialogue should prevail in the spirit of Tripartism and Collective Bargaining Agreements. I, therefore, enjoin you all to collectively bargain in good faith, have mutual recognition for each other and always in a spirit of give and take.

”The Committee is expected to complete its deliberations and submit its report and recommendations as soon as possible to enable other requisite machinery to be set in motion for implementation of a new National Minimum Wage,” Buhari said

Former Head of Service of the Federation Ama Pepple, is to chair the committee

The Federal Government team is led by the Minister of Labour and  Employment,  Dr Chris Ngige,  who is deputy chairman. The chairman, National Salaries, Income  and Wages Commission,Chief Richard Egbule,  is secretary.

Others in the federal government team are the minister, Budget and  Planning, Udo Udo Udoma;  Minister of Finance Kemi Adeosun; head of the Civil Service of the Federation Winifred Oyo-Ita ; permanent secretary, General Services Office, Office of the Secretary to the Government of the Federation, Dr. Roy Ugo.

Ngige said: “Today is a remarkable day because this is a journey we started in May 2016. In May 2016, the Federal Government of Nigeria decided to do appropriate pricing for petroleum products and because of that, the pump price of petroleum and kerosene and others had to take their real pricing.

“Coincidentally, some weeks before then, the Trade Union Congress and National Labour Congress (NLC) served the government a notice that the minimum wage would lapse in the next one month. They made a proposal to Mr. President on what they think will be the realistic national minimum wage.

”At the time the fuel price was increased, there was disquiet, resulting in industrial dispute between the labour unions on one side and the government on the other side.

”Those recommendations came to council and council approved them and set up a 30-man minimum wage committee.”

According to him, the minimum wage is aimed at removing the problem of what the International Labour Organisation (ILO) calls “poverty pain”.

Nie daj się oszukać, hakerzy z Rosyjs…
how to remove dark circles in 2 days
The Connection Between Sleep and Fitn…
The Most Lucrative Online Jobs
This Is What You Should Do If You’re …