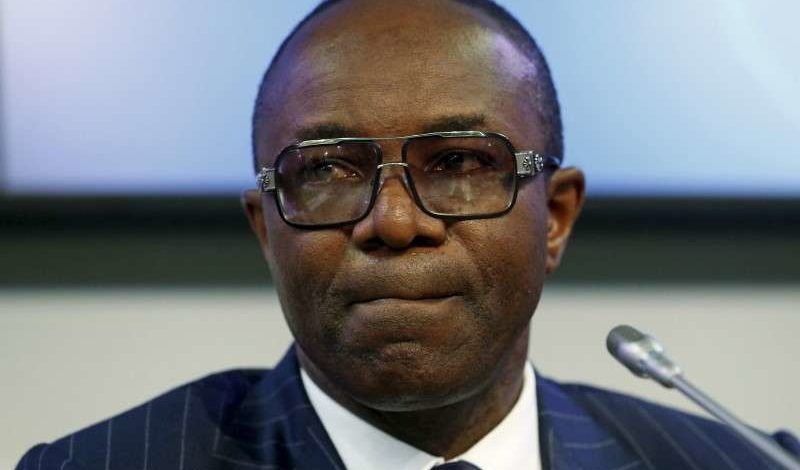 The Minister of State for Petroleum Resources, Dr Emmanuel Ibe Kachikwu on Wednesday said that the ministry is developing a comprehensive and holistic infrastructural map that it would launch in December 2017.

He also highlighted the local content growth which the Nigeria Oil & Gas sector has experienced, which he said, has moved from 5% at the inception of this Administration to about 40% local content compliance currently.

He made this known while discussing issues relating to infrastructural development in the sector in a meeting with the Secretary of Energy of the United States of America, Mr. Rick Perry at the sidelines of the 24th Africa Oil Week currently holding in Cape Town, South Africa as part of his ongoing investment focused international Oil and Gas engagements.

Kachikwu also used the opportunity to invite the Secretary of Energy and his team to participate in the forthcoming maiden edition of the Nigerian International Petroleum Summit (NIPS) scheduled to hold in February 2018 in Abuja, Nigeria.

While speaking at the meeting, Rick Perry commended Nigeria on the significant steps taken in the Oil and Gas Industry, and stated that the key message and thrust of the United States administration is to be strategic partners with Nigeria.

He further stated that the United States Government has a high level of respect for the people of Nigeria and pledged willingness to continue to encourage US companies to invest in Nigeria’s oil sector.

The ministry’s Director, Press, Idang Alibi disclosed this in a statement issued to journalists on Wednesday.

According to the statement, the landmark meeting which is the first of its kind between the two leaders of the energy sector in both countries since the inauguration of the new administration in the United States comes as a follow up to an earlier meeting that was hosted by the Office of the Secretary of Energy earlier in May 2017 at the United States Departments of State and Energy in Washington D.C. at the sidelines of the Offshore Technology Conference (OTC).

The Minister of State while responding to the comments and feedback given by Mr. Rick Perry said the Federal Government of Nigeria under the leadership of President Buhari has clearly set out the choices that have to be made as nation over the next 4 years and have also taken significant steps in achieving this through the continuous implementation of the 7BigWins – the Nigerian Petroleum roadmap; which focuses on stabilizing the business environment, enshrining openness and transparency, and developing and entrenching new policies and regulations. These laudable achievements have contributed greatly in helping Nigeria claw back from the recession.

Dr. Ibe Kachikwu restated the positive role the Government has played through the instituting of the Joint Venture cash call payment agreement, ensuring adherence to due process in the sector, promoting accountability, encouraging sanctity of contracts and reviewing the Fiscal Policy to provide incentives for investment in the sector while optimizing revenues for the Government. He also hinted that plans are in place to reduce Government’s role in the sector in order to increase private sector participation.

Finally, Mr. Perry, in his closing remarks at the meeting informed the Honorable Minister of State, that the United States Government would be willing to assist Nigeria with access to newer technology and skill set training to deepen Nigerian participation and production in Oil and Gas. He further extended an invitation to the Honorable Minister of State, Petroleum Resources to come to the United States to take a look at the Department of Energy sector laboratories which specifically develop new technologies being currently deployed in Oil and Gas.