House of Reps query Minister’s utilisation of N22bn without result 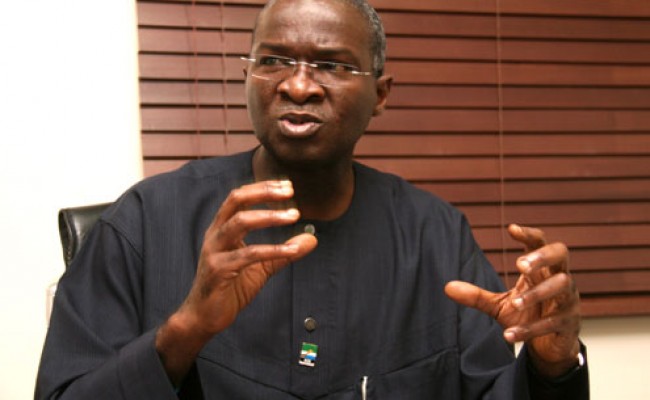 The House of Representatives Committee on Power Wednesday queried Nigerian Bulk Electricity Trading Plc over the utilisation of N22 billion monthly on gas without commensurate result..

Subsequently the lawmakers summoned the Minister of Power, Mr Raji Fashola over the violation of the 2017 Appropriation Act.

In a bid to obtain relevant information, the Committee also summoned the permanent secretary, Mr. Louis Edozien and Managing Director of Transmission Company of Nigeria (TCN) to come along with the Minister.

The minister is to give details on the activities of the power ministry as well as the level of procurement processes of each project.

The Daniel Asuquo – headed committee summoned to Minister sequel to his absence at a hearing on the issue yesterday.

While reacting to the submission of the Minister’s representatives, A member of the committee Toby Okechukwu criticized the indiscriminate injection of fund into the distribution companies by Federal Government.

“I don’t know whether the acquisition of the distribution companies is worth more than N701 billion. The total capital of these companies may not be up to N701 billion. Yet we are borrowing money to support them and give NBET,” he said.

Mark Gbillah, another member while doubting the liquidity of NBET and TCN, warned that if drastic action is not taken, the power sector faces imminent collapse in the next six to seven years

His words: “We are trying to pay for the business of certain individuals at that level of gas and generation. We need to do a forensic study of these gas companies.

“What are they actually generating? What are we always required to pay them? The generating companies always tell us a mongos figures of what they are generating, and how there’s no transmission capacity, the losses that they experience.

“We need to start from the bottom up as well from the gas angle. Where are these monies going to? This question goes to the Permanent Secretary. What is the utilization of these funds and the level of generation along the value chain, the operating cycle from GENCOS to TCN and DISCOs?

“Is this the best model in the world? I think NBET only came to complicate the issues in the centre of the value chain,”

However, the failure of the permanent secretary who represented the Minister to provide detailed information requested by the committee on unauthorized spendings did not help matters.

The allegation against the ministry was a source of concern to the lawmakers and the minister and the Managing Directors of the Nigerian Bulk Electricity Trading Company and Transmission Company of Nigeria were expected to furnish the committee with answers.

As far as the committee was concerned, the ministry had frustrated the 2017 appropriation Act.

The Chairman of the committee, Daniel Asuquo said that the committee had been mandated by the House to protect the interest of the citizens, adding that that the minister and his Permanent Secretary have breached the law.

The power sector, he said, is poorly managed with a high level of impunity.

He said: “We are not seeing the will from the Executive because all we see are the people who just want to put us in debt, debt and debt even without passing through due process, because TCN is a can a worm from our own overview.

“We need to bring out this to the public for them to know the state of our power, we have parleyed too much.. How much of this can the distribution companies take.”

River flowing towards a cave

House of Reps query Minister’s utilisation of N22bn without result