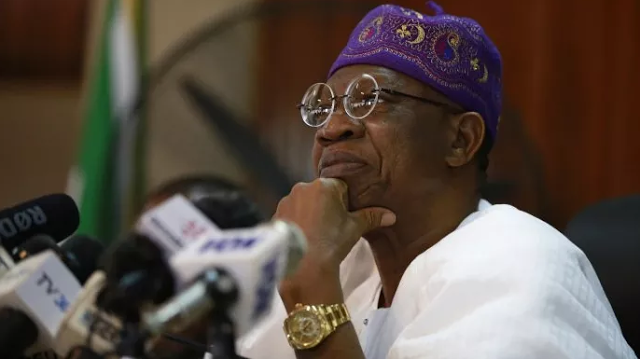 Nigeria has convicted and jailed 45 Boko Haram Suspects, the government said on Friday, the first sentences it has handed down in a set of mass trials that have drawn criticism for being held behind closed doors.

The trials are the biggest to date in the eight-year-old militant Islamist insurgency, which has left at least 20,000 people dead and driven 2 million from their homes in northeastern Nigeria.

Those convicted were sentenced to between three and 31 years in jail, Lai Mohammed, the information minister said in a statement. He did not specify what they had been convicted of.

Of the rest of the 575 suspects arraigned in the first trial the court “discharged 468 suspects who had no case to answer,” threw out 34 cases, and remanded 28 for trial in Abuja or Minna, he said.

“The court ordered that the 468 discharged persons should undergo deradicalisation and rehabilitation programmes before they are handed over to their respective state governments,” it said.

The other trials have been adjourned until January. In all, about 1,670 suspects are due to appear in court, many of whom have been held for years in pre-detention in alleged violation of their rights.

The proceedings that began on Monday were cautiously welcomed by rights groups and experts. But both they and the United Nations have criticised the trials for handling too many cases at once, and all behind closed doors with no media or public observers allowed.

“We have serious concerns that the conduct of the proceedings may deny the defendants the right to a fair trial and an effective defence,” said a UN High Commissioner for Human Rights spokesman on Friday.

“The lack of transparency regarding these trials is worrying, and we note that Nigeria’s National Human Rights Commission is not allowed to attend and monitor proceedings,” he said.

Amnesty International also complained about the trials being held without scrutiny but said on Wednesday: “These trials should provide a much-needed opportunity to deliver justice for the many victims of human rights abuses and crimes allegedly committed by Boko Haram members.”

Crunchyroll – How to Watch Anime Onli…
Achyuth Reddy – Setting A Sustainable…
Guess what? I am just like everyone e…
Manton Rempville – 4
Season of Miracles