Kendall Jenner got a restraining order against fan 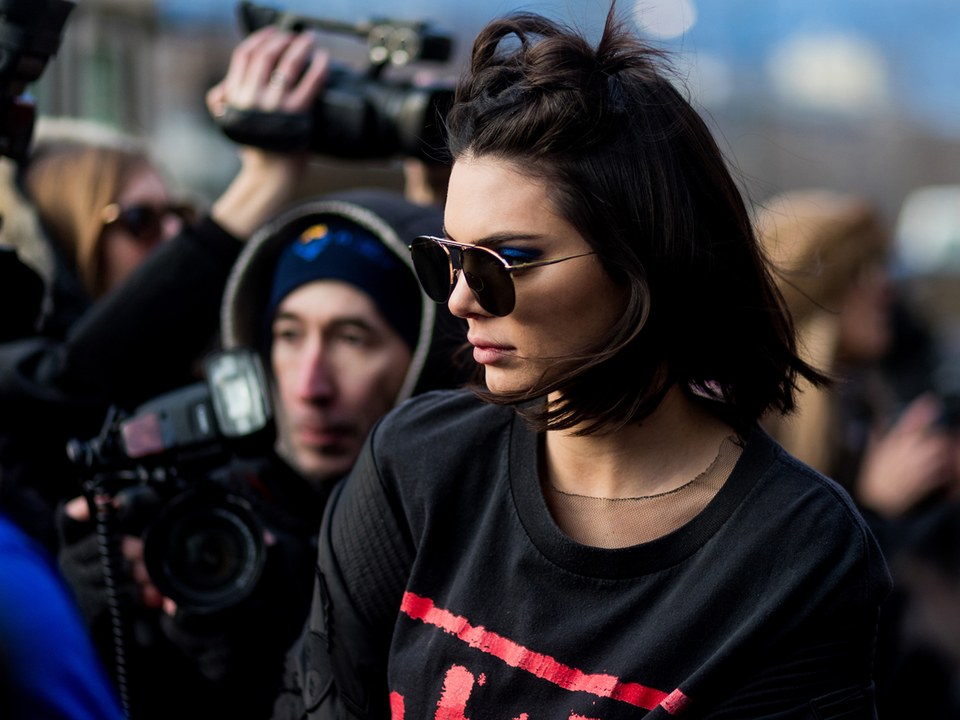 The ‘Keeping Up With the Kardashians’ star has grown concerned in recent months after letters from Thomas Hummel began declaring his love for her before turning more aggressive, and a judge has ordered him to cease all contact and stay at least 100 yards away from her.

According to documents obtained by gossip website TMZ, Hummel branded the 21-year-old model “an internet w***e, cackling your way through life” in one letter.

He also referenced Kendall’s boyfriend, US rapper A$AP Rocky, writing: “You look like you’ve been f***ing AHOLE Dog Sh**t in the sewer for
years.”

Another letter accused the brunette star’s mother Kris Jenner of paying the ‘L$D’ hitmaker, or “AHOLE Rockhead” as Hummel calls him, to sleep with her daughter.

He was contacted by Kendall’s security in March after writing letters professing his love for her but continued penning notes a couple of weeks later, and his tone had turned darker.

Hummel also references first falling for Kendall when he spotted her out and about at a Costco in 1998 and a post office in 2008, during which times she was three and 13 years old respectively.

Last August, Kendall testified against homeless man Shavaughn McKenzie following an incident where he accosted her in the grounds of her Hollywood Hills estate, but later admitted she “felt bad” for him.

Earlier this year, she said: “Is it like, weird of me though, that I feel bad for him?

“Being in the public eye is pretty crazy, just because people actually feel like they know you, and they get very caught up in it. And they don’t realize that they don’t actually know you.

“That was my scenario. So when he came into my house, he thought it was OK. He literally talked to me like I knew who he was.”

He was convicted of trespassing outside her home and sentenced to 178 days in jail but credits for good behaviour allowed his release the same day.

He was acquitted of misdemeanour stalking.


This post first appeared on Chrisblend, please read the originial post: here
People also like
How to Remove Bankruptcies from Your Credit Report
“We interrupt our regularly-scheduled programming to bring you this important message. . . .”
It’s Me – Chapter 12
طريقة كتابة التفويض وأنواعه
Sexy Games for Married Couples
Remote Learning Resources for the First Weeks of School
Professional Thank You Letter Examples and Writing Tips
7 Ways To Help Your Children Embrace Racial Differences
GetResponse Review-How to Setup
IBM ends all facial recognition work as CEO calls out bias and inequality – TipsClear
How to Choose The Best Mens Rings For Wedding Or Engagement?

Kendall Jenner got a restraining order against fan