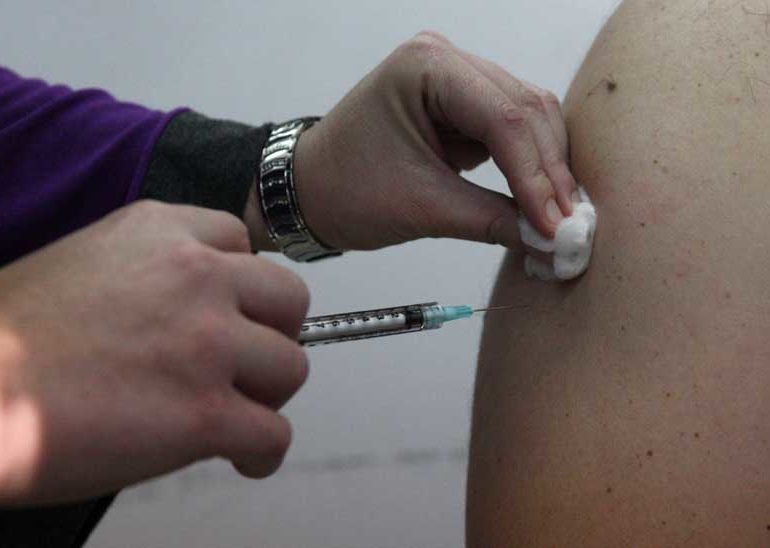 Italy’s cabinet approved a law on Friday Obliging Parents to vaccinate their children against infectious diseases as politicians spar over a spike in measles cases.

Children up to six years old will now need to be immunised to be eligible for nursery school, and parents who send their children to school after that age without vaccinating them first will be liable for fines.

“The lack of appropriate measures over the years and the spread of anti-scientific theories, especially in recent months, has brought about a reduction in protection,” Gentiloni told a news conference in Rome.

The law will also oblige inoculation against polio, diphtheria, tetanus, hepatitis B, whooping cough, and haemophilia B.

Italy’s Higher Health Institute warned in April that a fall-off in vaccinations had led to a measles epidemic. The United States warned visitors to Italy about exposure to the potentially fatal disease.
The institute has recorded some 2,395 measles cases so far this year compared with some 840 in all of 2016 and 250 in 2015.

The website of the European Commission, the European Union’s executive, says it encourages all member states to “ensure that as many children as possible receive the main childhood vaccines”.
Gentiloni’s centre-left government has accused the anti-establishment 5-Star Movement of sowing fear among parents by questioning the safety of some vaccines and the scruples of multinational pharmaceutical firms.

5-Star members, who run Rome’s city hall, abstained on Thursday from a vote on obliging schoolchildren in the capital to be vaccinated, stoking fresh controversy over their stance.

“5-Star is riding the wave of disinformation, nourishing fear and favouring a position that is anti-science and dangerous for the whole community,” said Federico Gelli, a deputy from the ruling Democratic Party.

Paola Ferrara, 5-Star’s leader in city hall, said the party had abstained because of the pending vote in parliament, and considered vaccinations “essential”.