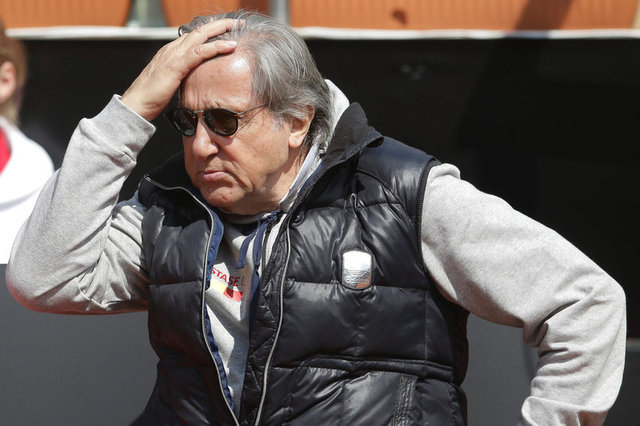 Former Romanian world number one Ilie Nastase called Wimbledon organisers “small-minded” after they announced he would not be invited to the Royal Box at this year’s championships.

The 70-year-old was provisionally banned from all International Tennis Federation (ITF) events after verbally abusing opposing team members and the umpire when he captained Romania in a Fed Cup tie against Britain last month.

The former French and U.S. Open champion had already run into trouble after making a derogatory comment about world number one Serena Williams’ unborn child ahead of the World Group II playoff tie in Constanta.

“What does Wimbledon have to do with what I said about Serena and at the match in Romania?” Nastase told Romanian website ProSport. “If I did something stupid at Wimbledon then I’d understand… But in this case, I don’t get it.

“In 1973, when everyone else refused to play at Wimbledon (because of a boycott by the Association of Tennis Professionals) but I did — does that not count for something?

“If they are going to be so small-minded about it, there’s nothing I can do.”

The ITF said last month it was launching further investigations into the incidents during the Fed Cup tie and would make no further comment until they were completed.