Kristin Chenoweth is ready to adopt 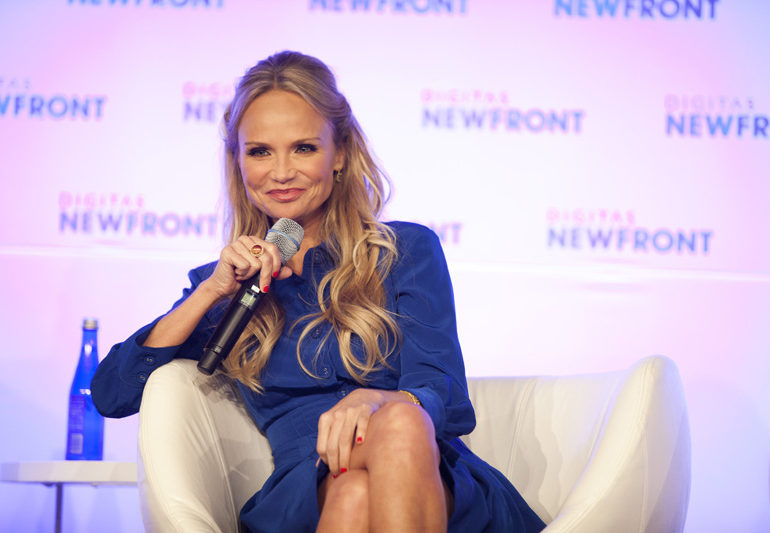 The 48-year-old actress and singer – who was Adopted herself – says she is ready to become a mum and already has “many kids in her life that she takes care of”.

She said: “I’ve sacrificed having a family and being married because, at the time, it didn’t seem possible. Now, of course, I’m ready for that time to come in my life.

“I have many kids in my life that I take care of. In some ways, I feel like I’ve adopted them. I would probably adopt before I have my own.”

The blonde star has been vocal about her adoption and she hopes it gives “peace and love” to others who have been adopted.

She told Closer magazine: “Just wanting to give peace and love to other adoptees. If any of them, like me, ever had a question or felt weird about it, I want them to know that it’s not weird. It’s actually really special.”

Meanwhile, Kristin previously revealed she feels “lucky” to be adopted.

She shared: “I can honestly say being adopted was one of the best things to ever happen to me. It was never something that was hidden from me and it is not something I have ever been ashamed of. I recognise how fortunate I am to have parents who love and support me unconditionally. The fact that they are not my biological parents does not change the fact that they are simply, my parents.

“Not everyone can say that, but I count myself lucky to have a birth mother who loved me enough to know she wasn’t ready to be a mom. I’m lucky that I have wonderful parents who chose me. I often say adoption is a full-circle blessing and I truly believe it. Adopted children were not abandoned, we were chosen.”

Sobriety In The Time of Quarantine: T…
The Circle of Life Sucks – Digging an…
Merry Christmas and Mahatma Gandhi
Anthony’s is as Italian as They Come
500 One Word Substitution Book PDF Fr…

Kristin Chenoweth is ready to adopt