Enugu govt. to give farm inputs to farmers – AFAN 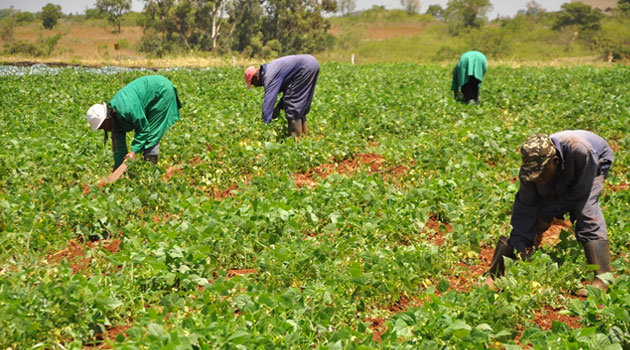 The Enugu State chapter of All Farmers Association of Nigeria (AFAN), says that plans are underway by the Enugu State Government to provide farmers with farm inputs.

The State Chairman of AFAN, Mr Alfred Eneh, told News Agency of Nigeria (NAN) in Enugu on Friday that the government had promised to distribute the farm inputs to farmers before the onset of the planting season.

He expressed the hope that the 2017 planting season would be far better than the 2016 season because of the renewed interest of the state government in the farmers’ needs, for them to have good harvests.

“The state government will soon begin to put smiles on the face of every farmer in Enugu State, as it provides us with inputs like fertilisers, tractors and seedlings as well as finance so as to boost our productivity.

“The government has promised us that as soon as the planting season sets in, it will provide all the facilities we need to boost agricultural production in Enugu,” he said.

Eneh said that although the association had yet to know the quantity of inputs and funds which the government intended to provide, the details would surface later when the actual distribution began.

He, however, said that farmers had been waiting patiently for the government to make available the farm inputs, particularly now when the rainy season was fast-approaching.

“However, judging from the preparation of the government for this year’s farming, there will be enough food on the people’s table, when compared to the situation last year,’’ he said.

Enugu govt. to give farm inputs to farmers – AFAN