'The King and I' returns to theaters to celebrate 60th anniversary 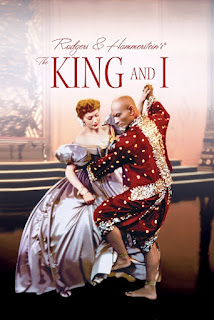 "The King and I" will return to movie theaters for two days only, as part of Fathom Events and Turner Classic Movies’ TCM Big Screen Classics series. To mark the Rodgers & Hammerstein's classical film's 60th Anniversary, “TCM Big Screen Classics: The King & I” will screen on Sunday, August 28 and Wednesday, August 31 at 2:00 p.m. and 7:00 p.m. local time (both days) and includes specially-produced commentary from TCM host Ben Mankiewicz before and after the feature.

The movie is set in Siam, 1862 where British schoolteacher and recent widow Anna Leonowens (Deborah Kerr) is sent to Siam as a teacher for the royal children but immediately clashes with their father, King Mongkut (Yul Brynner). Her modern, Western ways don't sit well with the ruler – but over time, he slowly gains respect for her willingness to stand up to him.

Tickets to “TCM Big Screen Classics: The King and I” can be purchased online at www.FathomEvents.com (theaters and participants are subject to change).

'The King and I' returns to theaters to celebrate 60th anniversary