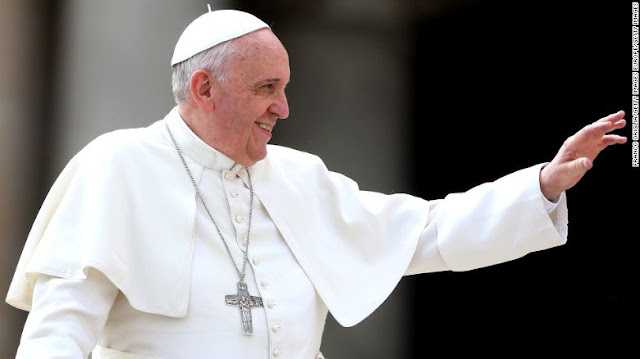 Pope Francis proposed on Thursday that caring for the environment be added to the traditional seven works of mercy that Christians are called to perform, which include feeding the hungry and sheltering the homeless.
The Pope, who has been a vocal advocate for action against climate change, said the faithful should use the holy year to ask forgiveness for their "sins" against the environment and to "acknowledge our sins against creation, the poor and future generations," according to official Vatican media.
"In our rapidly changing and increasingly globalized world, many new forms of poverty are appearing. In response to them, we need to be creative in developing new and practical forms of charitable outreach as concrete expressions of the way of mercy," he said.

God gave us the earth "to till and to keep" in a balanced and respectful way.
— Pope Francis (@Pontifex) September 1, 2016

The Pope made his comments in a message to mark the church's World Day of Prayer for the Care of Creation, which he instituted last year to highlight his ecological concerns.

The end is the beginning?
Being a (Goth) Black Sheep … and Brin…
Rudolf Stingel Carpet Art At Palazzo …
Pope Skinny – Slay King (Prod. by 420…
Peter Schiff’s False Claims on Bitcoi…