3 Places To Experience A Cultural Holiday In Nigeria
Nigeria is a great nation with many intrinsic beauties that can leave one is awe. There are so many places you can experience the culture in Nigeria. 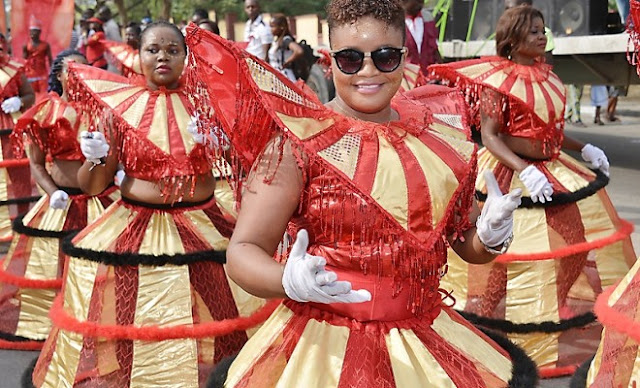 Calabar
1. Calabar Carnival
Calabar in south southern Nigeria is also referred to as "Canaan City". The original name for Calabar was Akwa Akpa, from the Efik language. The city is adjacent to the Calabar and Great Kwa rivers and creeks of the Cross River.
The colonial architecture which can be found in the older parts of the city provides stunning views over the city and the river. “The people paradise” is the name given to Calabar by tourist and the indigenes.
The great Mary Slessor’s tomb is a major tourist attraction and the Calabar carnival held from 1st of December to 31st of December every year is also an important tourist attraction that pulls crowd from across the world.
During the Calabar carnival, getting a Hotel, especially the best hotels in Calabar is always difficult. It is advisable to book a hotel in Calabar before the carnival to get the best location in the city. A list of luxury hotels in Calabar with affordable rates and are popular among tourists are – Obudu Cattle Ranch (now Obudu Mountain Resort) and Transcorp Hotels Calabar. Mirage Hotel Calabar, Marian Hotels Calabar and Monty Suite are cheap and discount hotels in Calabar which are situated in strategic locations, giving you easy access to invade majority of the carnival activities.
Abuja 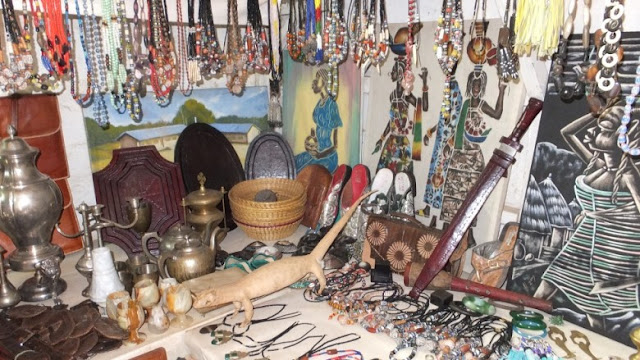 2. Arts and Crafts Village Abuja
The city of Abuja is the Federal Capital Territory of Nigeria with well developed neighborhoods and highbrow areas in the central district like Maitama, Wuse, Asokoro and Garki. Abuja is one of the most breath-taking cities in Africa, with plush green areas, terraced houses and structures.
If you are visiting Abuja for the very first time, you cannot help but notice its expansive rocky terrain. The Federal Capital Territory unlike most cities in Nigeria is well planned and organized. Its road networks, environs and housing are world class. The Aso Rock Presidential Villa, The National Assembly and many other major government organizations are located in Abuja.
The best times to visit Abuja is during the dry seasons from October when the rains have lessened, then you can have a swim in Gurara Waterfalls, at a little entrance fee that is overly worth it. You should also check out Abuja's Arts villages just across Sheraton Hotel Abuja, Ladi Kwali Pottery centre and also Julie Useni Zoo.
Lagos 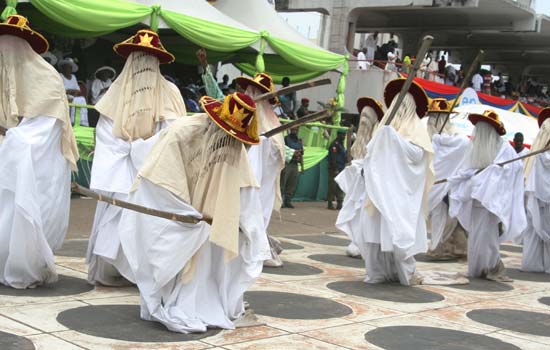 3. Eyo Festival
The metropolitan city of Lagos is one of the busiest places in Nigeria, located in the western part of Nigeria. As a highly commercialized centre, it attracts lots of local and foreign indigenes day by day.
Whether you are a fan of art, culture and history or you are more interested in the modern attractions, Lagos has you covered. Some of the best cultural tourist spots in Lagos include the National Museum, the National Arts Theatre, Lekki Conservation Centre, Lacampagne Tropicana Beach Resort, Freedom Park, Fela’s Shrine, The Badagry Slave Port and The Floating School at Makoko.
The Eyo Festivalis held in Lagos Island. Eyo also refers to the masquerades that come out during the festival. It is widely believed that Eyo is the predecessor of the modern day carnival in Brazil. No one is to wear hats during the festival.
For stay in Lagos, Intercontinental Hotel Lagos, Eko Hotel Lagos, Oriental Hotel Lagos and Protea Hotel Victoria Island are examples of sophisticated and highly sought after hotels in Lagos Island. The premium hotels in Lagos mainland also are Sheraton Hotel Lagos and Protea Hotel Ikeja.

Review: The Belgrave Hotel in London,…
Africa to be the “Game Changer” of th…
Mancora Peru Nightlife 2020 {Where To…
Prime Fall Colors and Off Season Spec…
What to wear for a day out to the bea…